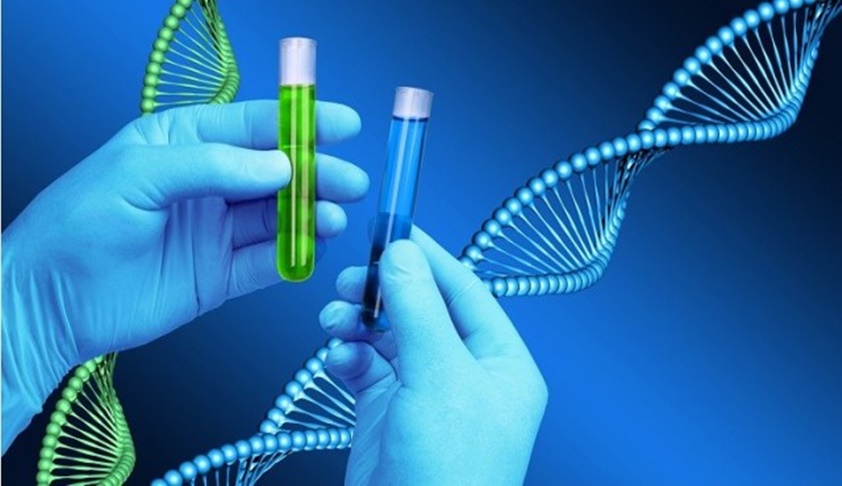 If we see the level of convictions in criminal cases in India, it is very disheartening. A majority of criminal cases just fall through because of shoddy investigations or the prosecution’s inability to prove the involvement of the accused. Many times, the officers who investigate the crime scenes are not competent enough to appreciate the collection of important and crucial forensic...

If we see the level of convictions in criminal cases in India, it is very disheartening. A majority of criminal cases just fall through because of shoddy investigations or the prosecution’s inability to prove the involvement of the accused. Many times, the officers who investigate the crime scenes are not competent enough to appreciate the collection of important and crucial forensic materials which could be detrimental for the nailing down of the accused. In most of cases, especially in the vast rural areas, the investigating agencies are not even concerned of collecting crucial forensic material as it involves cost and hard work. Our police agencies continue to rely on traditional forms of investigation by taking witness statements, getting preliminary medical test/examinations and preparing crime scene sketches etc., which are very weak evidence and is difficult to prove a case. In cases after cases, trial courts have been making observations on shoddy investigations. If India has to send a strong message to perpetrators of crimes and to instill the fear of the law we have to ensure that evidence collection has to be strengthened. Crime scenes have to be forensically examined, crucial evidence are collected, scientifically examined and analysed. DNA profiling offers one of the most reliable forensic evidence which can be very helpful in solving of cases.

DNA profiling - an accurate and well-established scientific technique - is used for disaster victim identification, investigation of crimes, identification of missing persons and human remains, and for medical research purposes. DNA stands for deoxyribonucleic acid, the strands of identity that living beings receive from their ancestors. Outside of identical twins, no two people have the same DNA pattern. DNA fingerprinting also has certain distinctive features. Prior to the use of DNA, identification was heavily based on finger prints, foot prints, blood, or other evidence that a suspect may have left behind after committing a crime. The process of matching a suspect’s DNA with the DNA found at a crime scene has provided both law enforcement agencies and court officials with a higher probability of ascertaining the identity of offenders.

DNA fingerprinting has been very useful for law enforcement, as it has been used to exonerate the innocent. Unlike blood found at a crime scene, DNA material remains usable for an endless period of time. DNA technology can be used even on decomposed human remains to identify the victims.

The clue can be identified inter se. Thus, a semen stain can be connected to a blood sample, skin piece, hair saliva etc. An important advantage of DNA profiling is that the contamination of the evidentiary clues by similar bio materials does not prevent the identification. In vaginal swabs, for example, the vaginal fluids can be eliminated, and they do not inhibit the source of the semen. The quantity of the DNA required for analysis is extremely small in nanograms and picograms.

DNA profiling has been of immense help in the following type of criminal investigations:

Section 53 Code of Criminal Procedure Act authorises police officials to get medical examination of an arrested person done during the course of an investigation by registered medical practitioner. The explanation provides that “Examination shall include the examination of blood, blood-stains, semen, swabs in case of sexual offences, sputum and sweat, hair samples and finger nail clippings by the use of modern and scientific techniques, including DNA profiling and such other tests which the registered medical practitioner thinks necessary in a particular case”.

Section 53-A was added vide the Code of Criminal Procedure (Amendment) Act, 2005 w.e.f 23-6-2006, providing that an accused of rape can be examined by a medical practitioner, which will include taking of bodily substances from the accused for DNA profiling.

Section 9 of the Indian Evidence Act, 1872, deals with “facts necessary to explain or introduce a fact in issue or relevant fact”. Section 45 provides as to how the court has to form an opinion upon a point of foreign law or of science or art, or identity of handwriting [or finger impressions] etc. Section 51 refers to grounds when opinion becomes relevant. Section 112 provides that birth during the continuance of a valid marriage is a conclusive proof of legitimacy with only exception that the parents had no access to each other during the period of conception. Under Section 114, the court may presume the existence of any fact which it thinks likely to have happened, regard being had to the common course of natural events, human conduct and public and private business, in their relation to the facts of the particular case. If the evidence of an expert is relevant under Section 45, the ground on which such opinion is derived is also relevant under Section 51. Section 46 deals with facts bearing upon opinions of experts. The opinion of an expert based on the DNA profiling is also relevant on the same analogy.

DNA profiling and use thereof involves various legal and ethical issues and concerns are raised and apprehensions exist in the minds of the common man about its misuse which unless protected may result in disclosure of personal information, such as health related data capable of being misused by persons having prejudicial interests, adversely affecting the privacy of the person.

Since there are shortcomings in the existing legal provisions with regard to identification of individuals for specified purposes such as victims of disasters, missing persons, etc., the Department of Biotechnology came up with a draft Bill titled ‘The Use and Regulation of DNA-Based Technology in Civil and Criminal Proceedings, Identification of Missing Persons and Human Remains Bill, 2016’. On September 27, 2016, the draft Bill was forwarded to the Law Commission of India for examination and its revision, if required.

DNA profiling technology, which is based on proven scientific principles, has been found to be very effective for social welfare, particularly, in enabling the criminal justice delivery system to identify the offenders. Such tests relating to a party would definitely constitute corroborative evidence. Appreciating the use and regulation of DNA-based technology in judicial proceedings, particularly, identification of persons accused of offences under the Indian Penal Code 1860 (IPC) and other laws, identification of missing persons and disaster victims apart from its use in medical sciences; a need has long been felt to have a special legislation to regulate human DNA profiling. DNA analysis offers substantial information which if misused or used improperly may cause serious harm to individuals and the society as a whole.

The commission considered the draft Bill and based on its examination of the relevant issues, it came to the conclusion that merely amending the Code of Criminal Procedure, 1973, may not serve the purpose. In view of the scope of the use and misuse of human DNA profiling, it has been felt that it is required to be regulated by a special law with well delineated standards, quality controls and quality assurance systems to ensure the credibility of the DNA testing, restricting it to the purposes laid down in the Act. Thus, there is a need to regulate the use of human DNA profiling through a standalone law of Parliament so that such use is appropriately regulated and restricted to lawful purposes only. The Law Commission, while revising the draft Bill, has also been conscious of the concerns raised by the courts regarding appropriate use of DNA technology by making it necessary for the DNA testing centres to abide by the guidelines and standards which are listed in the Bill and the details thereof will be worked out in regulations.

The Law Commission, in its 271st Report on Human DNA Profiling, has proposed the following Recommendations after taking into consideration the various aspects of DNA profiling and the absence of an appropriate regulatory mechanism for the use, retention and expunction of body substances, DNA samples and DNA profiles.

(a) DNA Profiling Board – A statutory body: A DNA Profiling Board be constituted, which would undertake functions such as laying down procedures and standards to establish DNA laboratories and granting accreditation to such laboratories; and advising the ministries / departments concerned of the Central and state governments on issues relating to DNA laboratories. The board shall also be responsible to supervise, monitor, inspect and assess the laboratories. The board will frame guidelines for training of the police and other investigating agencies dealing with DNA related matters. Advising on all ethical and human rights issues relating to DNA testing in consonance with international guidelines will be another function of the board. It will recommend research and development activities in DNA testing and related issues, etc. (b) DNA profiling would be undertaken exclusively for identification of a person and would not be used to extract any other information.

(c) DNA Data Bank: There shall be a national DNA data bank, and Regional DNA Data Banks for the States, to be established by the Central Government. The Data Banks will be responsible for storing DNA profiles received from the accredited laboratories and maintaining certain indices for various categories of data, like crime scene index, suspects’ index, offenders’ index, missing persons’ index and unknown deceased persons’ index.

(e) Appropriate regulations may be notified by the board for entry, retention and expunction of DNA profiles.

(f) Maintenance of strict confidentiality with regard to keeping of records of DNA profiles and their use.

(i) The undertrial may request the trial court for another DNA testing if s/he satisfies the court that the previous DNA sample(s)/bodily substance(s) stood contaminated and hence could not be relied upon.

(j) The DNA experts may be specified as government scientific experts and be notified as such under clause (g) of sub-section (4) of Section 293 of CrPC.

Discovery of DNA is considered as one of the most signiﬁcant biological discoveries during the 20th century owing to its tremendous impact on science and medicine. The use of DNA identification technology has been transforming the work of those in criminal justice system. Police, prosecutors and defence counsels are relying heavily on DNA evidences to present their cases. Of late, it is acting as a very useful tool of forensic science that not only provides guidance in criminal investigation and civil disputes, but also supplies the courts with accurate information about all the relevant features of identification of criminals.

In order to improve investigations in issues related to violence against women and children, the Government of India needs to invest in improving access to technology for our law enforcement agencies. Various agencies need to be created which can scientifically undertake forensics examination of the crime scene without delay. Budgetary provisions for forensic examinations need to be provided to our police stations across the country. It is also a need of the time for India to have a special legislation which can provide the basic framework of using this technology.

Ravi Kant is an advocate in the Supreme Court of India. He is also the president of human rights organisation ‘Shakti Vahini’ which works on anti-human trafficking and issues related to violence against women and children.