Respect All, Suspect All; ‘Whether sealed or, not?’ As long as the proposed ‘Net Content’ to be sold is pre-determined, every package has got to be a ‘pre-packed’ commodity 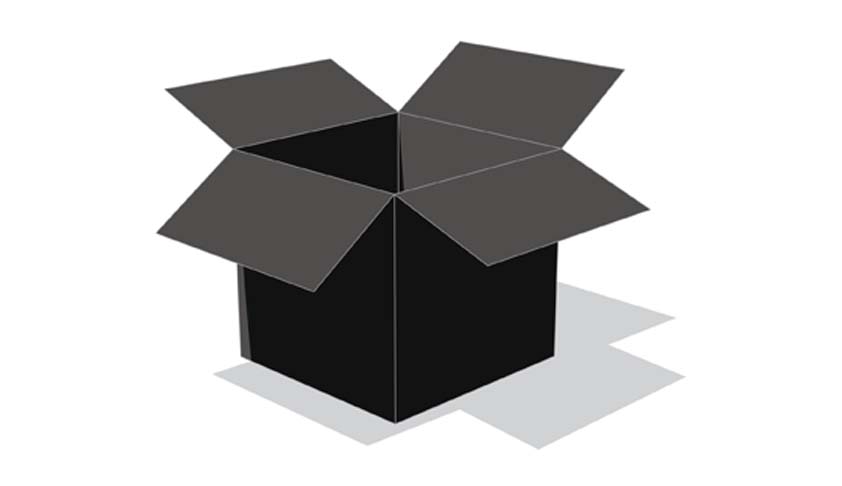 Instead of shuffling through heaps for our daily needs grabbing onto the instant fix has been rendered rather easy as the market is, increasingly, being in-undated with the pre-packed options of every other product. And, the building passion towards catchy labels leaves little to doubt that buying through these options of goods has some conspicuous edge – obviously, it cuts short on time...

Instead of shuffling through heaps for our daily needs grabbing onto the instant fix has been rendered rather easy as the market is, increasingly, being in-undated with the pre-packed options of every other product. And, the building passion towards catchy labels leaves little to doubt that buying through these options of goods has some conspicuous edge – obviously, it cuts short on time taken with mundane bargaining, apart from repeatedly weighing and measuring the utilities in the presence of, and for, each and every other shopper. To cap on all other utilitarian advantages, mentioning should not remain omitted here that the trust-tag of brand owner is the real cachet for consumers’ curious eyes. And, this loyalty with a specific brand-pack is likely to endure unless the cherished consumable falls short in comparison to its debutant peers.

Thus being the market scenario, is that not duly an upfront but pertinent question – what is, precisely, a ‘Packaged’ or a ‘Pre-packed commodity’?  Although, replying to this baffles the traders and the consumers alike, because stricter obligation is predicated on selling such labelled merchandise.

A misconceived perception – or misconception – about the packed articles continued to linger on – even long after the ‘The Standards of Weights & Measures (Packaged Commodities) Rules, 1977’ were made effective (in short PC Rules, 1977) which stand now repealed – amongst us that only those packages which have been sealed in such a way that the inside material can’t be taken out unless the seal is opened, are the Packaged Commodities. And, therefore only such packs require relevant declarations to be made thereon. This anomalous notion, having limited the arena under watch of law – since larger of the trade remained beyond the ambit of the PC Rules – gave ample scope to traders for manoeuvrings. Meanwhile, the customer was left with little option but to accept whatever was offered by the trader, even as the responsibility of the manufacturer, with regard to conformity of the product with label references, remained eliminated altogether.

Had this pervading ambiguity persisted, all electronic and electrical appliances, shoes and readymade garments et al, would have fallen out from the purview of PC Rules; thereby rendering them exempt from legally mandated declaration, because these packs have to be opened and demonstrated in the presence of customer since the later has to be satisfied about the accuracy and efficacy of the inside product, as much as has been promised by the manufacturer.

Nevertheless, this false impression was not for nothing. Previous regulation on the subject – ‘the PC Rules, 1977’ – suffered on two counts. First, the parent Act under which these rules were enacted (The Standard of Weights and Measures Act), had restricted the scope due to this attached caveat with definition“........commodity in packaged form to which this part applies”; and thus giving the impression that some of the commodities are there ‘too’ to which this law, or a part of it, does not apply. So, the room was left wide open for contestations. Second, due to this inherent corollary that the packing must be robust enough so that the pre-determined quantity inside cannot be altered without the package or its lid being opened. Amid this haze, it was likely to be largely construed that the packages which can be opened, or are to be opened, before finally being sold, are not covered under ‘Pre-packed’ classification.  However, the explanation appended to this definition carried striking examples of an electric bulb or a fluorescent lamp, where opening was allowed for above stated reasons, to ward off the confusion. But the controversy couldn’t be put to rest for once and all. The impending implication was obvious – a flurry of court cases ensued, resulting in diversely contradictory viewpoints as is reflected from judicial pronouncements in different cases. These learned pieces of judicial wisdom though tried to put a lid on this raging controversy, but that too with a very limited success.

Finally, came the decision from the Supreme Court of India (in Civil Appeal no. 7417 of 2001)while disposing of the appeal (Whirlpool of India Ltd. vs. the Union of India & others, on 02/11/2007). It said‘......the use of the term..... (commodity packaged whether in any bottle, tin wrapper).... “or otherwise” in the definition would suggest that a commodity if packed in any manner in units suitable for sale, whether wholesale or retail, becomes a commodity in packed form’. Thus, the dispute stalking diversified interpretations under the previous law has been put to rest permanently by this well reasoned order from the apex court.

Again, in order to put the things in right perspective after fore-mentioned lacunae that had crippled the earnest enforcement, and thereby consumer interest under the previous regulating regime, the current law – the Legal Metrology Act, 2009 – which became effective from 1st April, 2011 has emerged far enlightened. Unlike hitherto, it defines the ‘pre-packed commodity’ in quite unambiguous and upright manner, as-

“....a commodity which without the purchaser being present is placed in a package of whatever nature, whether sealed or not, so that the product contained therein has a pre-determined quantity.” –Section 2(l).

This definition encompasses all the packages of whatever nature. It doesn’t unnecessarily meddle with any such prerequisite predicated on opening of the cover or lid. Neither does it prescribe its application to some specified category of products. Therefore, every package must not only ‘..........bear thereon such declarations and particulars in such manner as may be prescribed’.... but every pack should confirm also to these declarations.

In order to make this provision effective, the PC Rules 2011 prescribes in rule 6(1) that......every package shall bear thereon or on label securely affixed thereto, a definite, plain conspicuous.....as to (a) the name of manufacturer (b) the common or generic name of the commodity (c) the net quantity contained in the package, in terms of the standard units of weight or measure (d) the month and year in which the commodity is manufactured or packed (e) the retail sale price of the package. In addition to this, rule 6(2) prescribes that the name, address, telephone number, e-mail address if available, of the person who can be contacted in case of complaint, shall also be declared on the package.

Amongst all these mandatory declarations, the declaration of ‘Net Quantity’ is of utmost significance. Need not to be emphasised that quantity is the focal ingredient of every ensuing comparative analysis. Therefore, the quantity declaration is widely provided for by the PC Rules 2011 under distinctly possible case scenarios. From rule no. 11 to 17 are exclusively devoted to this single information to give a certain pre-hand view of the consumable stuff inside. With such a given import of quantity we can precisely understand about a package this way....‘whether sealed or, not?’ As long as the proposed ‘Net Content’ to be sold is pre-determined, every package has got to be a ‘pre-packed’ commodity.

Thus, the present law in force has taken away the liberty of not declaring certain mandatory information with regard to commodity placed inside a package under some pretext or other. And, every packed article, of whatever nature, is a ‘Pre-packed’ commodity and, for that sake, is governed by the PC Rules 2011.