Why I abstain from Court? 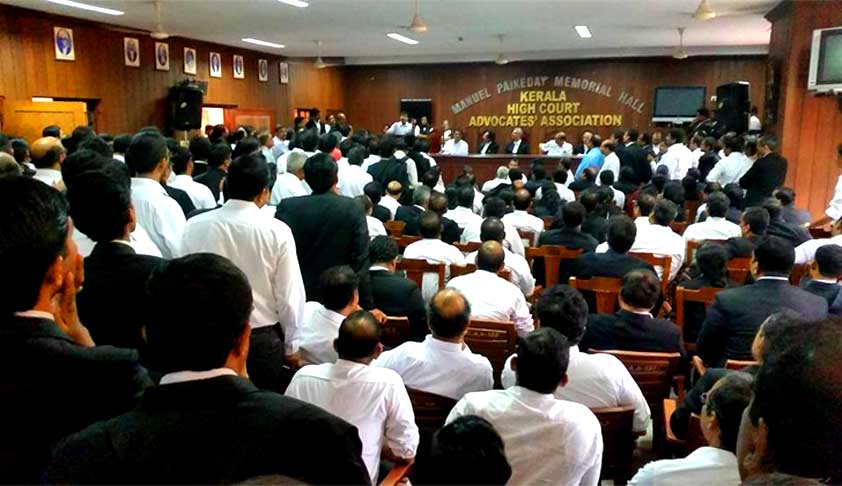 Why are the lawyers of Kerala, known to be a soft lot, agitating? Why are they off the courts? Why are they taking law to their own hands, and why the media is being attacked? Questions we face from our friends, clients and well wishers deserve an answer, especially when the media is all out to tarnish the profession as a whole. More so, when many from our own fraternity take a stand that all...

Why are the lawyers of Kerala, known to be a soft lot, agitating? Why are they off the courts? Why are they taking law to their own hands, and why the media is being attacked? Questions we face from our friends, clients and well wishers deserve an answer, especially when the media is all out to tarnish the profession as a whole. More so, when many from our own fraternity take a stand that all is not above board for the robbed brethren.

The fundamental premise on which the media pivot their attack is that the entire episode is instigated due to their reporting the fact of arrest of an advocate accused of offence against a woman. This is totally wrong. There is no connection with this incident and the present agitation. The events were proximate in time. But they are not connected. It will be necessary to put the facts in perspective. Not to justify any one or any action, but only for clarity of the issue at hand.

The press and media enjoy a lot of facilities and benefits in Kerala High Court which is not available anywhere (or atleast in most places) in India. They have a room in the High Court. They have easy and routine access to even chambers of judges and the Sections (offices of registry). Every court document in High Court is open to them. Unofficial copies of the orders and judgments are available to the reporters even before it is available to the lawyers concerned or the parties. The advocates also cooperate with them by sharing pleadings and other material. The relations are cordial, and on first name basis.

While so, the press carried news of one advocate being arrested for an offence against a woman. He made a complaint to the Kerala High Court Advocates’ Association (KHCAA) alleging this case to be concocted and media reports being stage managed by the police. Being a member, the General Body of the Association resolved unanimously extending their moral support to the said advocate. There was no observation relating to the guilt or otherwise of the person. No observation against the press. But, one of the newspaper reported that the resolution was deferred due to differences of opinion between members.

Naturally, the reporter of the daily was welcomed with questions the next day. He was questioned and he conceded the mistake, apologised and agreed to give correction. But later, some other lawyers heard him reporting over phone that he was threatened etc. This was questioned, leading to a war of words between some other lawyer-reporters and the lawyers.

The retaliation of the Journalists was by leading a march to the Chamber Complex of the KHCAA. Normally, all protest marches are stopped by the police about 200 m away from the High Court at the High Court Junction. There are express instructions not to permit any protests marches near the High Court, since it is a high security area. But what the police did was to usher the protesters, hardly fifteen or so in number, to the front of the chamber complex next to the High Court. The protesters had used choicest abuses to describe the black robbed professionals. Finally they pelted stones injuring an Advocate. The unrest that spurred from this persuaded the Registrar of the High Court to close the media room for a couple of days and asking the media not to come to the High Court.

The incident happened on Tuesday 19th July. The very next day, the KHCAA met to resolve to condemn the attack and demand discontinuance of the media room. The decision was unanimous. But soon after the resolution it was found that some media persons had opened the media room closed by the Registrar and had occupied the same. (It is for some unknown reason repeated in the media that media room is locked by lawyers.) Fresh round of protest followed. The media personnel were seen out of the court premises. At the same time, the persons who pelted stones on the previous day came to the court premises and started shooting video in the premises where it is prohibited. They were also removed from the premises by the lawyers who had collected there. Here again, allegations that the lawyers resorted to violence is there. But the fact remain that the entire incidents are available in the CC TV footages of the High Court. It is easily verifiable who was at wrong and whether violence was there.

What followed next is even worse. On the same day, a group of so called journalists came as a march to the High Court. Expecting their arrival a contingent of lathi wielding police was stationed at the third gate of High Court. Please note here that no protest marches are permitted near the High Court. But, far from making any arrangement to stop such march away from the High Court as they usually do, the police have decided to see that the protest reaches the gate of the High Court even before the march probably started. The protesters, shouting slogans challenging the lawyers (qualified with imaginative adjectives) to come out, sat on the road blocking the way out from the gate. For nearly 45 minutes this continued. There was no provocation from the side of the lawyers, except may be a few boos to the un-rhythmic slogans being shouted. Some members of the bar asked the police why the protesters are not removed as they are blocking the road, in demonstrable violation of the High Court directions, and statutory provisions. The police took a cantankerous and blind stand that there is no blockade of road. Some lawyers decided to prove it otherwise and scooters were taken out demanding passage. While the police refused to help them to have passage, the protesters brutally attacked the advocate and advocate clerk on the scooter. The advocate is now admitted in the hospital awaiting a plastic surgery while this article is written. Lawyers who rushed to his assistance were manhandled first by the media persons. Soon the police jerked in to a lathi charge. No announcement, no warning, nothing. The lathi charge was specifically directed against the lawyers and not against the so called protesters who were creating the road block. Lawyers in robes were beat up brutally resulting in serious injuries to many advocates. Many are still in hospital.

To add insult to injury, when the wounded lawyers tried to meet the Acting Chief Justice, it is reported, they were refused permission to meet him. The lawyer community justifiably felt that the doors they depend on are closed before them.

By that time the media was sprawling with fake news of atrocities by advocates against media persons. The profession has never been brought to such bad light in the history of the state. Every single TV channel conducted news hour discussions imputing utter falsehood against the legal fraternity. Humble efforts on social media to bring out truth, we know, never works in equal efficiency. I was astounded at the scale at which truth can be distorted by repetitive, edited, selected and manipulated video footage, since I was an eye witness to what happened. Media was describing our profession as hooligans, wolfs, and what not. The magic of converting goat to dog flabbergasted me. Every visual, every voice, which had the taint of truth was being concealed and muffled.

The decision of KHCAA to abstain from court was announced. Not unexpected. Every single Bar Association in Kerala followed suit. The fraternity had been pressed to wall. We had been cornered, tortured, and singled out.

I had always stood against a court boycott. Seventeen years in to practice, I have never missed a chance to enter the court, be it on a day of boycott or otherwise. I personally feel it is wrong to keep off work. I concede it is misconduct. I know there are pressing precedential pressure against such abstinence. But then, times come when we have to deliberately do wrong, for a greater common good. The blood that you see on the street is mine. The lathi you whipped had broken my confidence. The slogans you shouted maligned me. The false news you gave blackened my face. And here I am, standing strong with my brothers in robes, clearly realising what this mean and willing to take the consequences. I am willing to take it, because, tomorrow, a generation cannot be left to the mercy of your audacious willingness to air and print falsehood; because, I don’t want to fail in my duty to the generations and my conscience to fulfil my duty the court and to my client.

Hariraj M.R is an Advocate Practicing in High Court of Kerala.

Disclaimer : Views expressed in this Article are purely personal and does not reflect the views of LiveLaw. LiveLaw does not justify strike/boycotting of Courts under any circumstances.