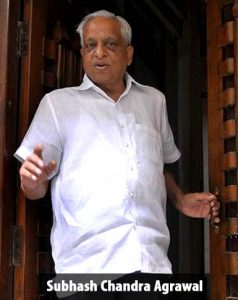 Supreme Court of India has issued notice to Six National Political Parties (BJP, INC, NCP, CPI, CPI(M) and BSP), Election Commission and the Centre on the question why the political parties should not be brought under the Right to Information Act. The Public Interest Petitions are filed by Association for Democratic Reforms (ADR) and RTI Activist Subhash C. Agrawal. It is averred in the Writ Petition that “the petitioners through the instant writ petition seek greater transparency and accountability in the functioning of all recognized national and regional political parties in the country. The petitioner through this petition seeks that in accordance with the CIC order dated 03.06.2013 all recognized national parties should be brought under the Right to Information Act, 2005 as “public authorities”, and thereby fulfil all obligations under the provisions of the said Act. The petitioner through this petition seeks an appropriate writ directing all national and regional political parties to disclose for public scrutiny complete details of their income, expenditure, donations and funding including details of donors making donations to these political parties and their electoral trusts. Great harm is being caused to public interest due to lack of transparency in the political system and the political parties, as the electoral system is generating huge black money and large sums of money are being spent on every election, thus leading to violation of citizen’s rights under Article 14, 19(1)(a) and 21 of the Constitution of India”.

under the RTI Act and thereafter had approached the Central Information Commission (CIC). The CIC clubbed their complaints and vide order dated 03.06.2013 held the 6 political parties to be public authorities under Section 2(h) of the RTI Act. However, upon non-compliance of the CIC order, the petitioners moved the CIC. The CIC has vide order dated 16.03.2015 stated that the previous order dated 03.06.2013 declaring that political parties are public authorities under RTI Act is final and binding.

The Central Information Commission in its order dated 03.06.2013 held as follows;

“In view of the above discussion, we hold that INC, BJP, CPI(M), CPIO, NCP and BSP have been substantially financed by the Central Government under section 2(h)(ii) of the RTI Act. The criticality of the role being played by these Political Parties in our democratic set up and the nature of duties performed by them also point towards their public character, bringing them in the ambit of section 2(h). The constitutional and legal provisions discussed herein above also point towards their character as public authorities. The order of the Single Bench of this Commission in Complaint No. CIC/MISC/2009/0001 and CIC/MISC/2009/0002 is hereby set aside and it is held that AICC/INC, BJP, CPI(M), CPI, NCP and BSP are public authorities under section 2(h) of the RTI Act.”

CIC vide its order dated 16.03.2015 restated its previous order and held that the 6 national political parties are public authorities and the previous order of 03.06.2013 is final and binding. It was held as follows;

(2)    The Commission’s order of 03.06.2013 is binding and final. It has not been affected by any judicial or legislative intervention. The respondents have been declared public authorities, but they have not taken the steps prescribed for implementation. The impediment has come because the respondents have not appointed the CPIOs as directed, hence the RTI applications referred to in the order of 03.06.2013 are still pending.

(3)     The Commission is not geared to handling situations such as the present instance where the respondents have disengaged from the process. The Commission, having declared the respondents to be public authorities, is unable to get them to function so. This unusual case of willful non-compliance highlights the need to identify the legal gaps and lacunae in the implementation mechanism. An obvious conclusion is that in cases such as this, the Commission is bereft of the tools to get its orders complied with.”

In the Writ Petition Petitioners prayed for the following reliefs ;

Supreme Court has directed the respondents to file their replies within 6 weeks.

Read the full text of the petition here.