“Why Throw Waste In Front Of Houses Of Poor? Will You Put It In Raj Niwas Marg? ” SC Says Delhi Facing Emergency-Like Situation In Waste Management 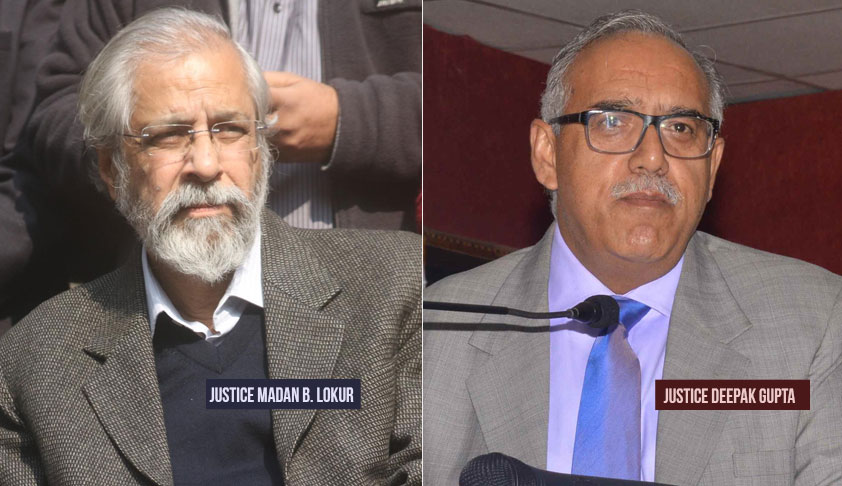 The court fumed at Additional Solicitor General (ASG) Pinky Anand's submission on residents of Sonia Vihar objecting to a landfill site, saying the people had every right to question the decision and and even went on to say that the civic body should dump the waste on the Raj Niwas Marg, where Delhi Lieutenant Governor's official residence is located, instead of treating people...

The court fumed at Additional Solicitor General (ASG) Pinky Anand's submission on residents of Sonia Vihar objecting to a landfill site, saying the people had every right to question the decision and and even went on to say that the civic body should dump the waste on the Raj Niwas Marg, where Delhi Lieutenant Governor's official residence is located, instead of treating people like this.

Continuing to slam Delhi civic authorities for having no action plan regarding solid waste management even as landfill sites were overflowing, the Supreme Court today said the national capital was facing an emergency-like situation due to mountains of garbage

“How do people live? Will there be any person alive in Delhi in such a situation?  a bench of justices Madan B Lokur and Deepak Gupta asked lawyers for civic agencies – municipal corporations, Delhi government and the centre.

It wanted immediate plans to be submitted on segregation of household waste.

When ASG Pinky Anand said that in East Delhi Municipal Corporation (EDMC), the issue of having a landfill site at Sonia Vihar was being opposed by residents of the area, Justice Lokur asked “Are you suggesting that people cannot raise this issue like what was done in 1975 that if you ask something, you will be put in jail?”