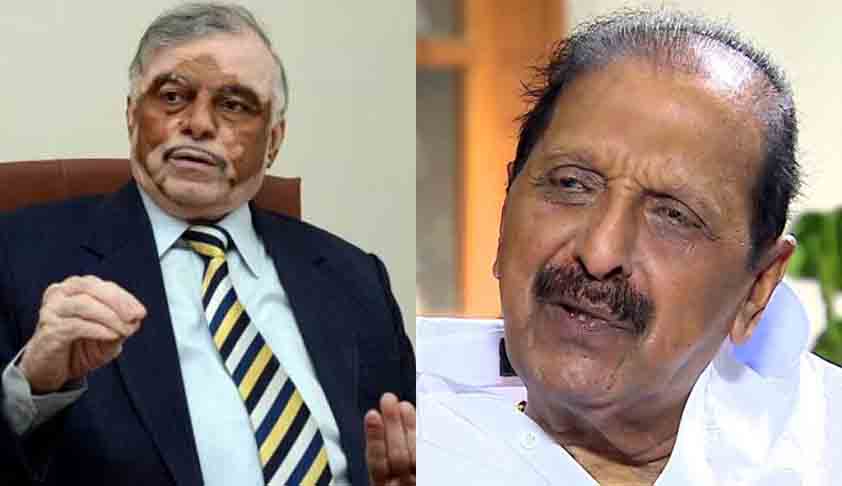 The decision to appoint of Balakrishna Pillai as the chairman of the State Forward Communities Welfare Corporation is, in itself, an embarrassment to the constitutional and democratic will of people of this country, but the fact that Justice Sathasivam as Governor of the state shall have to sign the order appointing him is a bigger embarrassment.

Justice P Sathasivam served the judiciary as the Chief Justice of India and after retirement, he joined the executive as the Governor for the state of Kerala. During his tenure as a judge of the apex court, Justice Sathasivam along with Justice BS Chauhan (present Chairman, Law Commission of India) in VS Achuthanandan vs R Balakrishna Pillai [(2011) 3 SCC 317] had convicted Kerala politician R Balakrishna Pillai and sentenced him to serve imprisonment of one year with a fine of Rs 10,000.

The judge had also emphasised the need for effective disposal of cases against public servants relating to corruption.

The matter pertained to corruption in Idamalayar Hydroelectric Power Project in Kerala. The high court, in an appeal by Balakrishna Pillai, had set aside the conviction against which SLP was preferred before the Supreme Court.

Justice Sathasivam would have never thought that a day will come when he will have to sign appointment order of the very same person as chairman of a state public corporation whom he had himself convicted.

Shocking the conscience of every right thinking person, the Left government in Kerala has taken a cabinet decision to appoint Balakrishna Pillai as the chairman of the State Forward Communities’ Welfare Corporation with cabinet rank.

By this decision, the Kerala Government has found the lowest ebb of political and legal morality.

Interestingly, it will be immeasurably more embarrassing for the former CJI-turned-Governor to sign the order of appointment of a person whom he convicted.

Another person who is equally embarrassed is former chief minister and present chairman of the Kerala Administrative Reforms Committee VS Achuthanandan, who was the petitioner in the case before the Supreme Court. Pertinent to note that then Opposition Leader Achuthanandan had moved the Supreme Court in his personal capacity against Pillai.

Balakrishna Pillai had been a minister and legislature for a long period in Kerala as the head of his own party.

He has achieved something that he could not have achieved directly due to his conviction.

He has secured a position banking on the popular mandate given to the LDF government in Kerala. This cabinet decision of appointment is squarely an abuse of people's mandate.

The Supreme Court had realised that purity of elections is of prime importance and Justice Krishna Iyer in Mohinder Singh Gill [(1978) 1 SCC 405] case wrote beautifully that at the bottom of all tributes to democracy is a little man walking into a little booth with a little pencil making a little cross on a little bit of paper.

In ADR case [(2002) 5 SCC 294], the court held that voters have basic elementary right to know full particulars of a candidate who has to represent them. In India, public corporations have become a centre of political rehabilitation.

It is most unfortunate that a former judicial head will have to appoint a convict found guilty by himself.

Persons with established criminal antecedents should not be appointed as public functionaries again.

The decision to appointment of Balakrishna Pillai as the chairman of the State Forward Communities Welfare Corporation is, in itself, an embarrassment to the constitutional and democratic will of people of this country, but the fact that Justice Sathasivam as Governor of the state shall have to sign the order appointing him is a bigger embarrassment. Perhaps, this is why post-retirement job folios by judges of the apex court are discouraged, especially if one intends to join executive or legislature.