Will the curative be the cure? 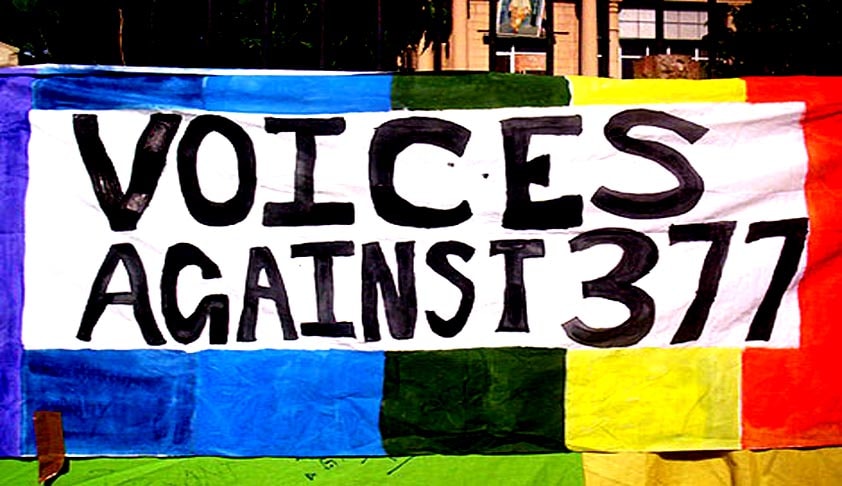 It may not be an exaggeration to say that the Supreme Court of India is the most dynamic organization of the Indian state. While some of its decisions are dire, the Supreme Court has time and again come to the rescue of the citizens, upholding the noble values set out in the Constitution. Recently, it did something similar, when it referred to a Constitutional Bench (i.e. a five judge Bench)...

It may not be an exaggeration to say that the Supreme Court of India is the most dynamic organization of the Indian state. While some of its decisions are dire, the Supreme Court has time and again come to the rescue of the citizens, upholding the noble values set out in the Constitution. Recently, it did something similar, when it referred to a Constitutional Bench (i.e. a five judge Bench) a curative petition against Section 377 of the Indian Penal Code (“IPC”) which, penalises sexual intercourse “against the order of nature", which includes but is not limited to oral and anal sexual acts.

The judicial battle for decriminalizing homosexuality started almost 15 years ago in 2001 with the first petition challenging Section 377 which. After a series of litigation rounds, in 2009, the Delhi High Court adjudicated that Section 377, insofar as it criminalised consensual sexual acts of adults in private, is unconstitutional and to that extent this section was read down. Appeal against this decision was filed in the Supreme Court and in December 2013 the Supreme Court overturned the earlier decision of Delhi High Court while stating Section 377 of the IPC did not suffer from the vice of unconstitutionality. The Supreme Court did not entertain any further review of this decision.

As a last resort, a Curative Petition was filed in the Supreme Court seeking reconsideration of its decision of December 2013. A Curative Petition is an innovatively carved out mechanism whereby the Supreme Court is moved to relook into its own decisions in order to cure gross miscarriage of justice caused through violation of principles of natural justice or bias in a particular decision passed earlier.

The Indian Supreme Court does not have a fixed Constitutional Bench, and benches are constituted depending upon the nature of the matter.  Hence, this matter will now be in the queue and a bench of five judges will be appointed to hear it upon its turn. This newly constituted Bench will first decide whether the Curative Petition ought to be entertained at all. If it decides against admitting the Curative Petition, then the previous decision of December 2013 would stand and Section 377 would remain as it is. However, if the Curative Petition is admitted, then court would re-examine the previous decision and decide if it is infirm. Considering the current pendency of matters at Supreme Court, it may take another 2 – 3 years before final decision in this matter is out; however, the Court has taken matters out of turn in the past.

In these circumstances, unless the Supreme Court finally ‘cures’ its earlier decision rendered on December 2013, that decision will stand valid and will remain as the position of the judiciary. It may be stated that much of celebrations that are happening currently might be premature.  The only development on the issue is that the Curative Petition would now be heard by five judges and as explained above, the judges may reject it as well.

This new amendment in the criminal law though passed in March 2013 was not considered by the Supreme Court while passing its decision in December 2013. In our opinion, this new amendment would be the thrust of the curative petition, as the court is bound to consider the present position of law while passing its decision. It is interesting to note that this argument rests on the assumption that the amendment of Section 375 to criminalise only non-consensual Penile Non-Vaginal Acts between heterosexuals implies that the consensual Penile Non-Vaginal Acts between such heterosexuals are decriminalised completely. However, it remains to be seen whether this argument will hold any ground in the court. It could be argued that just because one provision in the IPC criminalises only an aspect or part of an activity, it does not mean that the other aspects or parts of such activity are decriminalised, if they are covered under another provision of the IPC. Therefore, by that logic, the mere fact of Section 375 covering only non-consensual activity between heterosexuals may not have the effect of decriminalising consensual activities between them if such activities are covered in another Section, i.e. 377. Thus, the court may hold that amendment of Section 375 has no bearing on the scope of Section 377.

Irrespective of whether the above argument is entertained by the Court when the curative petition is argued, as of today the law criminalises non-penile vaginal acts by men and transgender persons, even if these acts are consensual. Whether the vice of criminality over these activities would be removed through this Curative Petition remains unclear but at least the matter is now in the Courts and there is a possibility that the Supreme Court would stand by the minorities and protects their rights.