Woman employees cannot be discriminated against for maternity benefits, solely on the ground that they obtained the baby through surrogacy: Kerala High Court 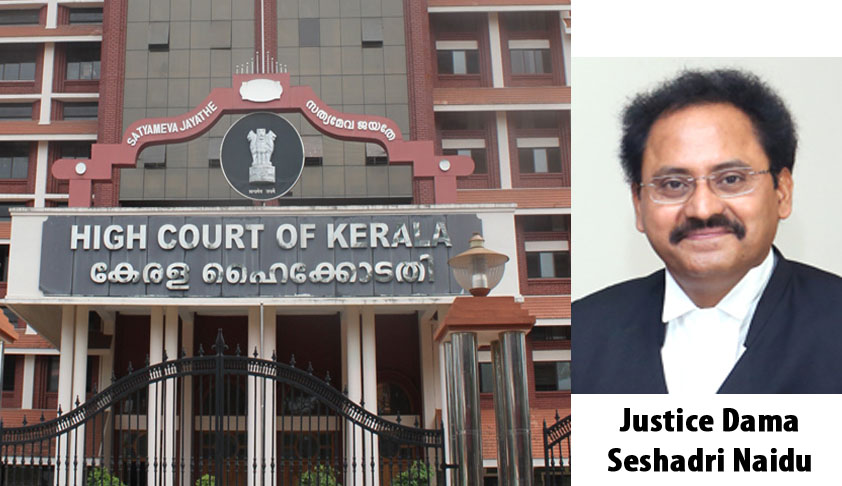 Providing a beautiful epilogue to the issue that was facing them, Justice Dama Seshadri Naidu observed, "For Robert Brown all love begins and ends with motherhood, by which a woman plays the God. Glorious it is as the gift of nature, being both sacrosanct and sacrificial, though; now again, science has forced us to alter our perspective of motherhood. It is no longer one...

Providing a beautiful epilogue to the issue that was facing them, Justice Dama Seshadri Naidu observed, "For Robert Brown all love begins and ends with motherhood, by which a woman plays the God.  Glorious it is as the gift of nature, being both sacrosanct and sacrificial, though; now again, science has forced us to alter our perspective of motherhood.  It is no longer one indivisible instinct of mother to bear and bring up a child. With advancement of reproductive science, now, on occasions, the bearer of the seed is a mere vessel, a nursery to sprout, and the sapling is soon transported to some other soil to grow on. Now, it is Law's turn to appreciate the dichotomy of divine duty, the split motherhood."

The proposition of the petitioner was that a genetic mother is required to be placed on the same pedestal as the natural biological mother is placed, for as Oprah Winfrey has said, "Biology is the least of what makes someone a mother".

The Court considered the dichotomy of maternity- pre and post natal. Upholding the proposition, Kerala High Court observed, "From day one after the delivery, the petitioner is required to be treated as the mother with a newborn baby. Thus, without discriminating, it can be held that the petitioner is entitled to all the benefits that accrue to an employee after the delivery, as have been provided under the Act or the Staff Rules. Nothing more; nothing less, for the petitioner cannot compel the employer to place her on a higher pedestal than a natural mother could have been placed, after undergoing the pregnancy."

Further granting relief, the Court observed, "Thus, to conclude, this Court declares that there ought not to be any discrimination of a woman as far as the maternity benefits are concerned only on the ground that she had obtained the baby through surrogacy. It is further made clear that, as a matter of legal fiction, the petitioner is entitled to all the benefits an employee could have post-delivery, sans the leave involving the health of the mother after the delivery. In other words, the child specific statutory benefits, if any, can be extended to the petitioner."

The Court was hearing a Petition filed by P. Geetha, Deputy General Manager, Kerala Livestock Development Board which is a Government of India undertaking.

After remaining childless for over twenty years, the petitioner, along with her husband, had recently entered into an arrangement with a fertility clinic in Hyderabad, Telengana State, to have a baby through surrogate procedure.  A baby was born on 18.06.2014 through a host mother, and handed over to the petitioner, the genetic mother.

The petitioner had then submitted an application for leave with a view to look after the new baby, with effect from 19.06.2014 'as applicable for child birth in the normal process'. She was however informed that the Staff Rules and Regulations do not permit any leave to the employees on maternity ground other than the maternity leave envisaged under 'normal circumstances'. The Writ Petition was filed challenging this refusal.

She was to be dealt under the Kerala Livestock Development Board Limited Staff Rules & Regulations, 1993. Rule 50 of these Rules clearly provides for leave up to 90 days from the date of commencement of maternity leave.  Maternity benefit is admissible to insured women in the event of confinement or miscarriage etc., for 12 weeks and the rate of about 100 percent of the wages. It also specifies that maternity benefit is admissible in case of confinement and also in case of miscarriage. This benefit is also admissible for sickness arising out of pregnancy/ miscarriage or confinement for a specified period, additionally.

The petitioner referred to a Biblical reference to Genesis 16:2 of the New Testament (King James Version) as also the Universal Declaration of Human Rights, 1948, International Convention on Civil & Political Rights, 1966, Beijing Declaration and Platform for Action - Fourth World Conference on Women, 1995, Convention on the Rights of the Child, and the Convention on the Elimination of all Forms of Discrimination against Women, 1979.

The Court's attention was also drawn to certain aspects pertaining to women and child protection in Millennium Development Goals, 2000, adopted at the UN Millennium Summit, 2000, as well as to the provisions Maternity Protection Convention, 2000.

However, with regard to application of these International Treaties and Conventions, the Court observed, "Jurisprudentially India is Dualistic, but Article 51(c) exhorts the nation to respect the international covenants. On the other hand, Article 253 speaks of Parliament's power to give effect to International conventions….. In the face a particular legislative field having been occupied by an extant domestic enactment, the International Law conventions and treaty obligations cannot be enforced through Municipal Courts, though they have considerable persuasive value in interpreting the Municipal Law."

The respondent on the other hand had based their contentions and assertions that the petitioner had not yet completed her probation period and had gone on leave unauthorizedly, "with an excuse that she has to take care of a newborn baby."

Expatiating on her submissions, the respondent contended that in the case of gestational surrogacy, the biological mother does not carry the pregnancy and give birth to the child. In the present instance, since the petitioner has undergone neither pregnancy not delivery of child, she is not entitled to any maternity benefits, which include leave as well.

Accepting the petitioner's submissions, the Court ordered that a female employee on her obtaining a child through surrogacy should be granted leave of the kind and admissible (including commuted leave without production of medical certificate for a period not exceeding 60 days and leave not due) up to one year subject to the conditions provided in the Rule itself.