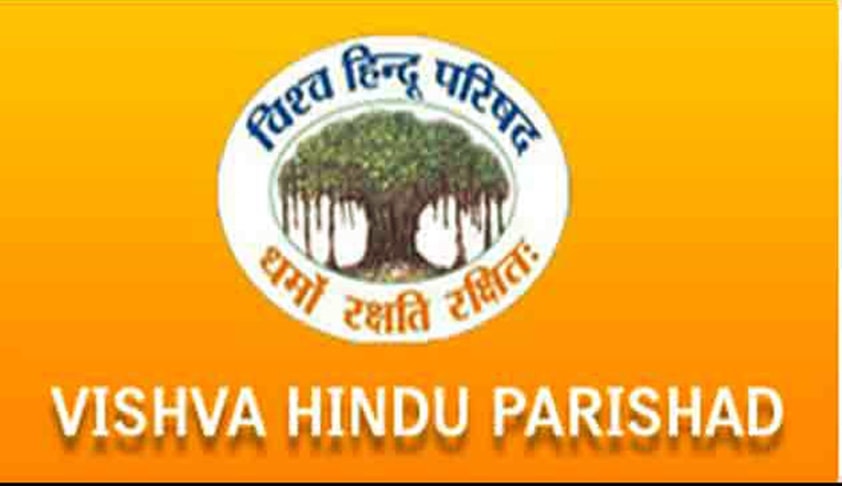 The Madras High Court has upheld the claim of a teacher of her conversion from Christianity to Hinduism can be very well accepted as her conversion has been accepted by Vishwa Hindu Parishad which, being an internationally acclaimed organisation for Hindu Religion, performed the ‘Suthi Satangu’ Pooja for her way back in 1998.

In the instant case, the woman originally called as 'Daisy Flora' converted to Hinduism and changed her name to 'A.Megalai'.

“Here in the case in hand, though the petitioner originally belongs to the Christian (Scheduled Caste) community, subsequently, she voluntarily wanted to embrace Hinduism and had volunteered and intended to convert herself as a Hindu. In this regard, the Vishva Hindu Parishad, one of the reputed and internationally acclaimed organisation for Hindu Religion, who constantly and steadfastly propagating the greatness and richness of Hinduism and Hindu rites and customs in this country, had performed the necessary Pooja called 'Suthi Satangu' on 01.11.1998 and thereby, the name of the petitioner, which was originally called as 'Daisy Flora' has been changed into 'A.Megalai' and on completing the performance of the Pooja by the Pandits concerned of the Vishwa Hindu Parishad, it has been declared that, the petitioner had converted from Christianity to Hinduism

“When that being the position, as a reputed Hindu organisation, having branches throughout the country, has accepted such conversion and the people, who are residing in the locality had also given statement before the Revenue Officials that the petitioner on conversion had been continuously following the Hindu customs and she belongs to Hindu community, there can be no doubt that, such claim made by the petitioner for being a Hindu Adi Dravidar community, can very well be accepted,” held Justice R Suresh Kumar.

In the instant case, the petitioner had applied for appointment to the post of Junior Graduate Assistant.

The teacher recruitment board had called for application from eligible candidates for selection and appointment to the said post of Junior Graduate Assistants. Accordingly, the petitioner had applied for the said selection and she was permitted to attend the written examination wherein she secured higher than the cut off marks in the Scheduled Caste category but her name did not figure in the selection list.

She learnt that the community certificate issued to her certifying that she belonged to Scheduled Caste on the basis of conversion from Christianity to Hinduism was not accepted by the Board.

She then moved the high court.

The counsel argued that upon getting marriage, she got converted into the Hinduism and was issued Community Certificate (Scheduled Caste Community) by the competent authority and is therefore, entitled to claim the Scheduled Caste community status in Hindu Religion.

He produced before the court the certificate issued by Vishwa Hindu Parishad on 01.11.1998 by which, it was certified that the petitioner had converted into Hinduism and the necessary Poojas and performance had been undertaken by the organisation to completely accept her as a member of the Hindu religion.

It is to be noted that during the pendency of the writ petition, pursuant to the interim orders passed by the Court, the petitioner was appointed as Junior Graduate Teacher on 28.03.2005.

The Additional Advocate General contested the petition and submitted that the courts have taken the view that a person cannot by virtue of the mere conversion itself, claim the status of Scheduled Caste community unless the person, who got converted into Hindu religion, should have been accepted by the community for all practical purposes and that there must also be a proof to show that the person had been continuously following the Hindu customs upon such conversion.

After hearing all parties, the court took note of the submission of petitioner’s counsel that on the application made by the petitioner seeking such Scheduled Caste community certificate from the authorities concerned, she had specifically mentioned that on 01.11.1998 after adopting the procedural formalities, the Vishwa Hindu Parishad, T.Nagar, Chennai had admitted that the petitioner was converted as Hindu and such conversion had been performed and accepted by the said organisation. Subsequently, the Revenue Authority i.e., the Revenue Inspector, Thathaiyangarpet, Musiri had conducted a spot enquiry at the village the petitioner belongs and he had recorded that, after having enquired with the village people/community people in that locality, that the petitioner belongs to Hindu Paraiyan Community (after conversion), which is the Scheduled caste and she had been following the said customs only.

Based on the said spot enquiry conducted in that locality, the field level Revenue people, such as VAO and Tahsildar had recommended that the community certificate for Scheduled Caste community can be given to the petitioner.

The court also took note of a 2009 government order and said, “From the reading of the said Government Order, it became clear that, the Government decided to extend the benefit, to be given to the Scheduled Caste people, by way of reservation in employment opportunity, to those, who had converted from Christianity to Hinduism or those, who converted originally from Hinduism to Christianity and subsequently reconverted into Hinduism, provided, if the community accepts such conversion/re-conversion”.