Women cannot be treated as beggars and their grace cannot be lowered in rightful claim to maintenance after divorce if the husband has since then retired from his service ; SC 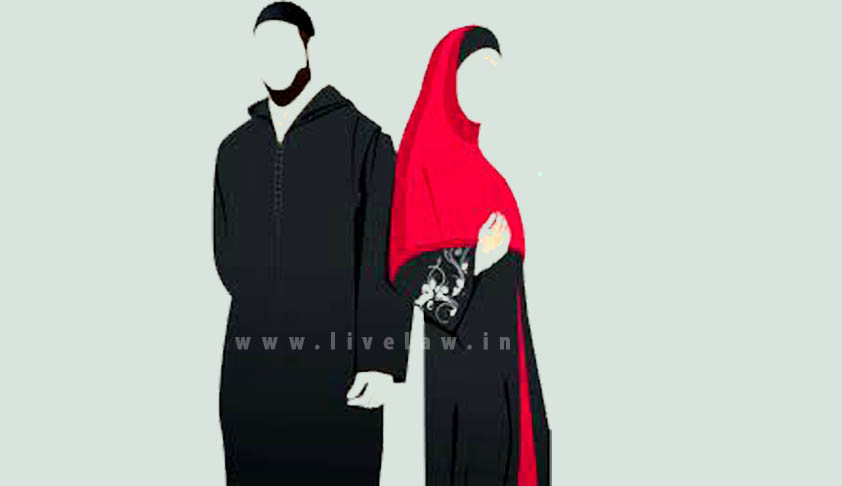 Refining the settled position relating to maintenance to divorced muslim women, a two judge bench of the Supreme Court has held that women cannot be treated as beggars and their grace cannot be lowered in rightful claim to maintenance after divorce if the husband has since then retired from his service. The bench comprising of Justices Dipak Misra and P.C.Pant while reinstating the order of...

Refining the settled position relating to maintenance to divorced muslim women, a two judge bench of the Supreme Court has held that women cannot be treated as beggars and their grace cannot be lowered in rightful claim to maintenance after divorce if the husband has since then retired from his service. The bench comprising of Justices Dipak Misra and P.C.Pant while reinstating the order of the family court allowed the appeal and also took strict note of non grant of interim maintenance against the settled position of law for very long.

The brief facts unfurl as that appellant filed an application u/s 125 CrPC contending, inter alia, that the appellant married respondent on 26.4.1992 and during her stay at the matrimonial home she was subjected to cruelty and harassment. In due course she also came to learn that the husband had illicit relationship with another woman and he wanted to marry her. The situation gradually worsened and it became unbearable for her to stay at the matrimonial home. At that juncture, she filed an application for grant of maintenance at the rate of 4 Rs.4000/- per month on the foundation that husband was working on the post of Nayak in the Army and getting a salary of Rs.10,000/- approximately apart from other perks. The application for grant of maintenance was resisted by the husband alleging that he had already given divorce to her on 18.6.1997 and has also paid the Mehar to her. The learned Family Judge, Family Court, Lucknow while dealing with the application forming the subject matter did not accept the primary objection as regards the maintainability u/s 125 CrPC as the applicant was a Muslim woman and came to hold even after the divorce the application of the wife u/s 125 CrPC was maintainable in the family court. Thereafter,  the learned Family Judge appreciating the evidence brought on record came to opine that the marriage between the parties had taken place on 26.4.1992; that the husband had given divorce on 18.6.1997; that she was ill treated at her matrimonial home; and that she had come back to her parental house and staying there; that the husband had not made any provision for grant of maintenance; that the wife did not have any source of income to support her, and the plea advanced by the husband that she had means to sustain her had not been proved; that as the husband was getting at the time of disposal of the application as per the salary certificate Rs.17654/- and accordingly directed that a sum of Rs.2500/- should be paid as monthly maintenance allowance from the date of submission of application till the date of judgment and thereafter Rs.4000/- per month from the date of judgment till the date of remarriage.

The aforesaid order was challenged before the High Court in Criminal Revision wherein, the High Court came to hold that though the learned principal Judge, Family Court had not ascribed any reason for grant of maintenance from the date of application, yet when the case for maintenance was filed in the year 1998 decided on 17.2.2012 and there was no order for interim maintenance, the grant of Rs.2500/- as monthly maintenance from the date of application was neither illegal nor excessive. The High Court took note of the fact that the husband had retired on 1.4.2012 and consequently reduced the maintenance allowance to Rs.2000/-from 1.4.2012 till remarriage of the appellant herein. Being of this view the learned Single Judge modified the order passed by the Family Court. Hence, the present appeal by special leave, at the instance of the wife.

“15. The High Court, without indicating any reason, has reduced the monthly maintenance allowance to Rs.2,000/-. In today’s world, it is extremely difficult to conceive that a woman of her status would be in a position to manage within Rs.2,000/- per month. It can never be forgotten that the inherent and fundamental principle behind Section 125 CrPC is for amelioration of the financial state of affairs as well as mental agony and anguish that woman suffers when she is compelled to leave her matrimonial home. The statute commands there has to be some acceptable arrangements so that she can sustain herself. The principle of sustenance gets more heightened when the children are with her. Be it clarified that sustenance does not mean and can never allow 4 to mean a mere survival. A woman, who is constrained to leave the marital home, should not be allowed to feel that she has fallen from grace and move hither and thither arranging for sustenance. As per law, she is entitled to lead a life in the similar manner as she would have lived in the house of her husband. And that is where the status and strata of the husband comes into play and that is where the legal obligation of the husband becomes a prominent one. As long as the wife is held entitled to grant of maintenance within the parameters of Section 125 CrPC, it has to be adequate so that she can live with dignity as she would have lived in her matrimonial home. She cannot be compelled to become a destitute or a beggar. There can be no shadow of doubt that an order under Section 125 CrPC can be passed if a person despite having sufficient means neglects or refuses to maintain the wife. Sometimes, a plea is advanced by the husband that he does not have the means to pay, for he does not have a job or his business is not doing well. These are only bald excuses and, in fact, they have no acceptability in law. If the husband is healthy, able bodied and is in a position to support himself, he is under the legal obligation to 5 support his wife, for wife’s right to receive maintenance under Section 125 CrPC, unless disqualified, is an absolute right…..”