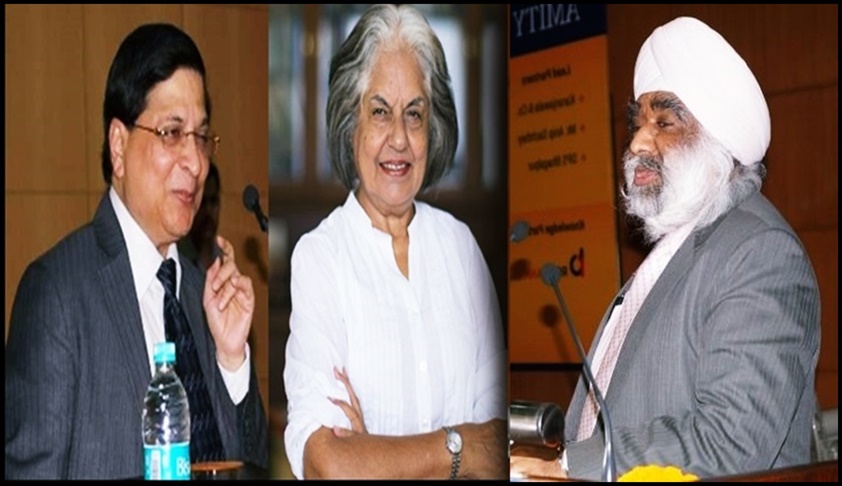 An interesting observation came from Justice Dipak Misra on Thursday while hearing a matter dealing with the use of 'regional language' in competition examination.

Senior advocate Indira Jaising and Additional Solicitor General Maninder Singh were arguing the matter related to NEET in regional languages, where both the lawyers used the word ‘vernacular’.

Justice Dipak Misra, who is known for his linguistic skills, immediately corrected the lawyers.

"Both of you are using word ‘vernacular’. See ‘vernacular’ is a derogatory word,” he said.

Senior advocates Fali Nariman and Shekhar Naphade, who were sitting in the court, endorsed Justice Misra’s viewpoint, saying, "Yes... It is colonial - used by the British against us."

The dictionary meaning of the word ‘vernacular’ is ‘a language used by the ordinary people, showing a class difference’.

After this admonition from the bench, both lawyers quickly changed their reference to ' regional language' rightly.

Although Justice Misra is criticised all the time for using ‘difficult words beyond the comprehension of common lawyers’, his quick response in this case should be acknowledged.

The Bench has slammed CBSE for setting different question papers for students taking NEET in regional languages. It observed that there should be a common question paper for all aspirants.  The Bench has directed CBSE to file an affidavit and posted the matter to October 10.
Next Story
Similar Posts
+ View more
Cartoons
+ More