Working of the Constitution: Checks and Balances. By V.Sudhish Pai 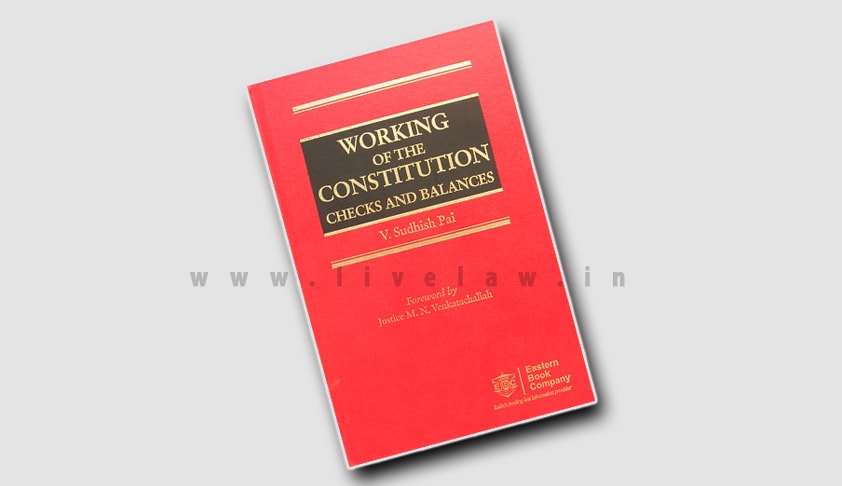 Granville Austin called his magnificent book, ‘Working A Democratic Constitution: The Indian Experience’. In his book, he traced the evolution of Indian Constitutional law from 1950 to 1985 in terms of various Constitutional themes, interspersed with the landmark political events. True to the book’s title, Austin was more concerned with the challenges which the Constitution faced, in...

Granville Austin called his magnificent book, ‘Working A Democratic Constitution: The Indian Experience’. In his book, he traced the evolution of Indian Constitutional law from 1950 to 1985 in terms of various Constitutional themes, interspersed with the landmark political events. True to the book’s title, Austin was more concerned with the challenges which the Constitution faced, in making democracy a success. He was, as some of his critics had suggested during his lifetime, and as he had himself admitted, not concerned with the theoretical debates about the Indian Constitution, and therefore, was not very keen on critical review of judgments of the Supreme Court. He was, like a journalist with a keen sense of history, was obsessed with political events, and how they influenced the judicial behaviour and vice versa.

The book under review shows a how a minor change in the title could suggest a major departure from the Austinian approach. The author, V.Sudhish Pai, brings his years of advocacy and scholarship to subject the judicial power to the restraints of reason, of sceptical analysis, and of philosophical inquiry.

The structure of Pai’s book may suggest lack of thematic unity. But the reader is fabulously compensated for this lack by Pai’s erudition, and originality of ideas on contemporary issues.

Pai is an optimist student of Indian Constitution, which he finds flexible to meet the demands of changing times. Thus he quotes the Supreme Court as having described the Indian Constitution as “amphibian”, in State of Rajasthan v. Union of India (1977) approvingly.

It is in Pai’s critique of specific judgments of the Supreme Court, that one comes across his judicial philosophy. He finds himself in the company of the dissenting Judge, Justice Raveendran in Raja Ram Pal vs Lok Sabha, which upheld Parliament’s power to expel MPs. It is what he says:

“A good test of the significance of a judgment is to contemplate the consequences of its opposite, said Frankfurter J. Would a law providing for expulsion in the manner now done be upheld? Would it pass the test of constitutionality? The answer would have to be in the negative. The Constitution envisages not only a democracy of men, but also a democracy of institutions...If it is accepted and held as the majority has done that Parliament possesses the power of expulsion of members, then Parliamentary democracy can degenerate into elective despotism.” According to him, nothing that is not expressed in words can be gathered from an appeal to the spirit of the Constitution which is a slippery slope.

Pai does not hesitate to clarify the grey areas in the practice of the Constitution, if required. Are members and officers of Parliament and state legislature correct in refusing to respond to court notices, if proceedings come under challenge on the ground of illegality and unconstitutionality? Pai believes that whatever the privilege and immunity enjoyed by the House, it would be in the larger interest of all concerned if they volunteer to respond to the notice and state their views while reiterating their stand that the offer of assistance is not to be taken as submission to jurisdiction.

The book concludes with an interesting chapter on Trial by Media. The author is sceptical about the Supreme Court’s judgment in Sahara India Real Estate Corporation Ltd vs SEBI (2012) which laid down that anyone apprehending infringement of the right to a fair trial, is entitled to approach the writ court seeking postponement of the offending publication and the court on a balance of interests, and bearing in mind the necessity and proportionality, may grant the order. Freedom is like oxygen in the air; we know its value only in its absence, he says.

The book is enriched by the Foreword contributed by the former Chief Justice of India, Justice M.N. Venkatachaliah.