On World Refugee Day, In Defence Of Rohingya Refugees In India 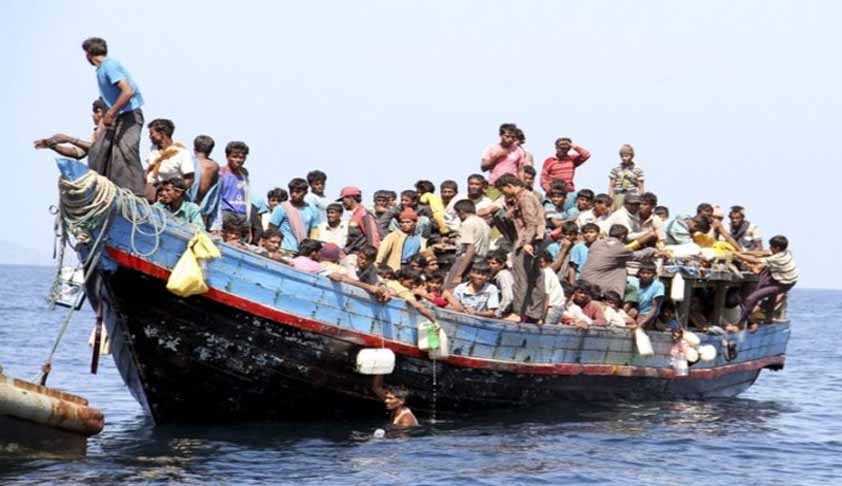 Walking down the streets of the Kelambakkam area in Chennai, one can surely get to see a cyclone relief centre, which is home to a few hundreds of refugees.A recent news piece vividly highlights that these “stateless” people should be duly deported as they pose a national threat to the country’s security. Often being regarded as the “most persecuted people”, Rohingya refugees...

Walking down the streets of the Kelambakkam area in Chennai, one can surely get to see a cyclone relief centre, which is home to a few hundreds of refugees.

A recent news piece vividly highlights that these “stateless” people should be duly deported as they pose a national threat to the country’s security. Often being regarded as the “most persecuted people”, Rohingya refugees are perhaps the most undesired section of population on the Earth.

Rohingya refugees have been crossing the international border and coming to India for a long time now.

In 2012, Indian cities like Jammu, Delhi and Hyderabad, and the state of Mizoram witnessed an influx of Rohingya Muslims, with Chennai being the latest entrant to the list.

In Kalandi Kunj locality of Delhi, around 200 Rohingyas - tortured and persecuted by the military junta and Buddhists - reside in a makeshift camp.

The low-lying camp area is surrounded by drainage and heaps of dirt and dust.

The unhealthy living conditions in and around the camp pose a question mark on the sanitation facilities of the city authorities itself.

During early monsoon showers when Delhi takes a sigh of relief from hot weather, Rohingyas bucket out water from the tapered passages of the camp.

The windy weather might bring a tear of joy in the eyes of Delhiites, but for these people, it brings eminent fear.

The houses have boulder-like structures to act as weight for rooftop, thereby, keeping a check on light sheds from being dismantled or being flown away.

It was only last year that Khudaai Khidmatgaar (Volunteers for Change), under the leadership of Anjum Amir Khan, constructed a few toilets for the camp area.

By virtue of being born to a Myanmarese couple, who crossed over to India, he does not have birth certificate, despite being born here.

Mohammad Salim, son of Abdul Salim, talks with pain in his eyes, remembering those that were left behind. In the pursuit of a safe haven, he has lost half of his family. Salim, in a melancholic voice, asserted, “Every time, a family tried crossing border, we were asked to give our belongings and the little money we had. But, ma’am this does not satisfy them. The Border Security Forces would keep any one woman from the family to let the others pass across.”

But, the situation in the Kelambakkam area of Chennai seems a contrast. With permanent roof tops, basic sanitation facilities and adequate water supply, it is like ‘Heaven on Earth’ for these Rohingya refugees. Unlike, their distant relatives in Delhi, they appear to be living a life of ease.

Tasmina Bibi, 20, shows her refugee card issued way back in 2013, which has a picture of her early teenage.

Today, she is a rag picker and earns about Rs. 50-70 a day in Chennai. On being asked as to how she landed up in Chennai, she starts with a frown on her face. Probably, she has seen more anyone would have, the lessons of life and learning have been very harsh on her. On recollecting a few memories of her village, she tells as to how random people would barge in their village, pulling women by hair and torturing the men in the house.

After a jinx in her voice, she sparks up; gather all strength, like a phoenix rising from its ashes. Tasmina says, “Madam, I have faith in Allah, Chennai is my home, it gives me love and food, I want my children to study, if only that was possible.”

Most of the refugees work as daily-wage labourers, rickshaw pullers, factory workers, and vegetable hawkers and rag pickers.

“Though nobody from the government has visited us, yet a lot of help has been rendered by people in Chennai. We can very well practice our religion and be at harmony with others at the same time,” says Mohammad Salim. Reshma Abidi, a lean middle-aged woman with a scar on her cheek, joyfully interrupts and remarks, “I feel so connected here. They eat rice and fish, as we do. Without food, no one can survive and we catch fishes, the sea welcomes us.”

Therefore, Chennai seems to simply provide a temporary shelter to these Refugees. And on general introspection, one can find out how eating habits and religious assimilation in the area is acting as a ground for their stay.

Refugee populations from Sri Lanka and Tibet fall under the mandate of the Government of India and, through it, the various state governments where these refugees are resident. All Sri Lankan refugees in Tamil Nadu have access to most of the socio-economic schemes available to citizens.

The Public Distribution Scheme (PDS) for free supply of rice and essential food commodities has been extended to Sri Lankan refugees in camps. Sri Lankan refugees are entitled to other social schemes, such as pension scheme of Rs. 1,000, Girl Child Protection Scheme of Rs. 25,000 for each female child (up to a maximum of two female children per family), Moovalur Ramamirtham Ammaiyar Memorial Marriage Assistance Scheme of upto Rs. 50,000 per refugee woman and the Janani Suraksha Scheme.

This model can surely be a living piece of evidence for both the Centre and States to come up with certain policies of like nature for the Rohingyas as well.

If seen in the context of the arrival of some Hindus from Pakistan, it becomes clear that the standard varies as how to treat asylum-seekers and refugees.

In Rajasthan, the state government met all of them. The right-winged people hijacked this issue and shed brotherly tears for the Hindus. It highlights that our response to refugees is moulded by religion and ethnicities, an abhorrent practice which runs completely opposite to the international humanitarian law.

Though India is not a signatory to the Refugee Convention, it does not exempt us from the international obligations towards the refugees. The Constitution, in archaic terms, has highlighted that rights declared in Articles 21 and 14, among other constitutional rights, are applicable to “all persons” residing in India. Judicial intervention notwithstanding, the government’s stubbornness to frame a law is incomprehensible. The refugee issue has always been an area of bewilderment to us, and Rohingyas, in specific, have been a “slippery slope”.

This gives us a glimpse of light at the other end of the dark tunnel of torture and repression.

The friendly Indo-Myanmar card, Indian democratic model, minority schemes can surely be a guideline to Myanmar for its march towards a realistic democracy. A dialogue of peace and actionable policy making needs an immediate address. Otherwise, like any other June 20, this year too, World Refugee Day would pass off as a mere itch in the eyes of the government.

Nabeela Siddiqui is pursuing her Master’s in Law, with specialisation in Constitutional Law and Legal Order, from the University of Madras, Chennai. She is currently working as a legal research internee at the Asian-African Legal Consultative Organisation (AALCO), with her research on ‘Access to Health Care: with Reference to Rohingya Refugees in Delhi’. She is also a member of the All-India Democratic Women’s Association (AIDWA) and South-Asian Society of Criminology and Victimology (SASCV). She interned under senior advocate Imteyaz Ahmed at the Supreme Court of India and is a peer reviewer to a few international journals.