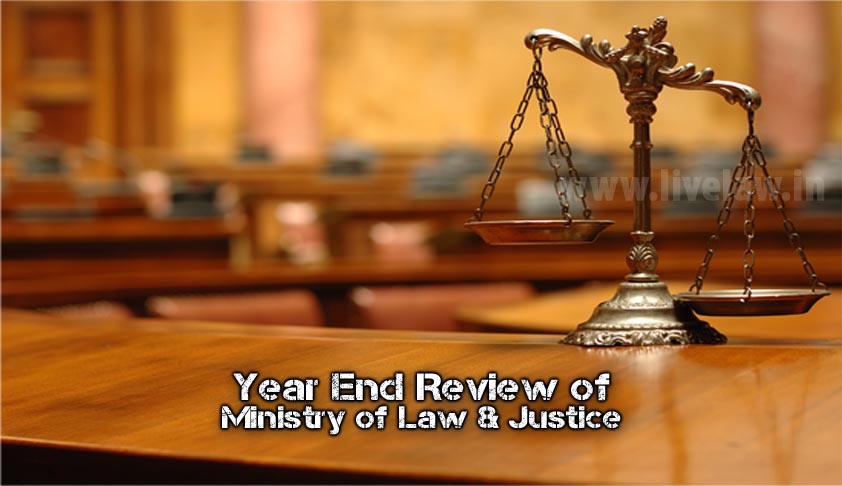 Legal Reforms is the priority of the Department of Legal Affairs, which is envisaging decentralizing the availability of legal assistance to the Ministries/Departments by providing Indian Legal Service Officers in house in each of the Ministry/Department.A National Litigation Policy to reduce the average pendency from 15 years to 3 years is also underway.Further, based on the recommendations...

The report submitted by the Ramanujam Committee is being examined. The Committee was constituted by Prime Minister Narendra Modi in August, to identify obsolete laws, which they believed were hampering governance by creating avoidable confusion. The Committee will be chaired by R. Ramanujam, Secretary in the PMO, V.K. Bhasin, former Secretary, Legislative Department, will be its other member.

The Department of Justice:

You may get a snapshot of the Laws Enacted and Amended in 2014 here.