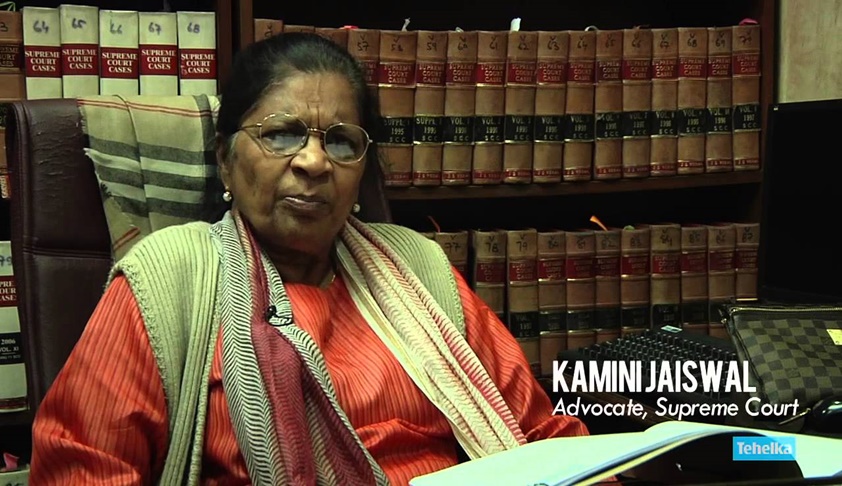 After the unprecedented drama at the Supreme Court on Friday, Chief Justice Dipak Misra has now constituted a three-Judge Bench to hear the Petition filed by Advocate Kamini Jaiswal, praying that the Court look into allegations of bribery against members of the higher judiciary in a matter regarding the opening of a medical college.

The newly constituted Bench comprises of Justice R.K. Agarwal, Justice A.K. Mishra and Justice A.M. Khanwilkar. All the three Judges were part of the Constitution Bench which annulled Justice Chelameswar's order to constitute a constitution bench of Five senior most judges of Supreme Court to hear the matter.

A Bench comprising Justice J. Chelameswar and Justice S. Abdul Nazeer had, on Thursday, referred Ms. Jaiswal's Petition to a Constitution Bench of five senior-most Judges of the Supreme Court.

However, on Saturday, an 'extraordinary' Constitution Bench of the Apex Court had annulled this order, after an action packed hearing. Advocate Prashant Bhushan had, in fact, stomped angrily out of the CJI's Court, after expressing his displeasure at the Bench's refusal to hear him out.

The can of worms had been opened by a charge-sheet filed by the CBI against former High Court Judge, Justice I.M. Quddusi.

As per the FIR, Mr. Quddusi allegedly conspired with one Ms. Bhawana Pandey to “settle” the matter concerning debarment of Prasad Institute of Medical Science, Lucknow, which is one of the 46 colleges barred by the Government. It reveals that Mr. B.P. Yadav, who manages affairs of the medical institute, got in touch with Mr. Quddusi and Ms. Pandey and “entered into criminal conspiracy for getting the matter settled”.

At this juncture, it might be interesting to note that the relevant cases concerning medical colleges was being heard by a Bench headed by Chief Justice of India, Dipak Misra.

Petitions have now been filed, seeking a probe into such allegations of corruption.