72nd Independence Day: In Judiciary v/s Government, The Verdict Is Out 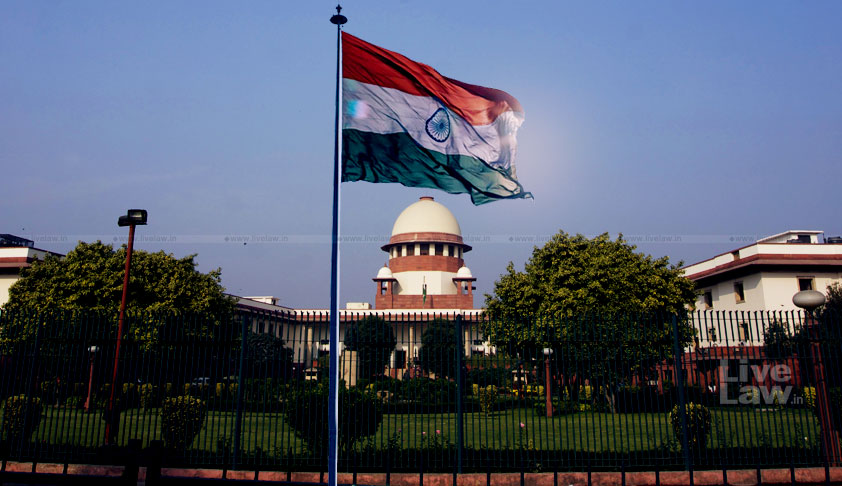 “The founding fathers always said governance should be left to those who people of India elected to govern. Governance and accountability go hand in hand. Basic structure theory emphasized it. The 13 benches of the SC should maintain a healthy balance on basic structure, separation of power. This is how I feel when we need to reflect.”

Law Minister Ravi Shankar Prasad’s criticism of judicial activism, during the Independence Day celebrations at the Supreme Court lawns today sums up the nature of relationship between the Centre and the judiciary over the past year of Indian independence. The year saw a full-blown tug of war between the two pillars of the democracy, especially over judicial appointments, with each side trying to assert its stance in the process. While the seeds for the face-off were laid long ago, with the enactment and the subsequent quashing of the National Judicial Appointments Commission (NJAC) in 2015, the fruits became fully visible over the past year, and they were bitter, to say the least.

Justice KM Joseph’s elevation: Was there a happy ending?

The rejection of Justice KM Joseph’s name by the Centre in April this year came along with a set of unconvincing reasons, strengthening the assertion that he was being made to pay for his April, 2016 judgment quashing Centre’s imposition of presidential rule in Uttarakhand. What was even more disconcerting was the Collegium’s continued deferment of the decision to re-recommend him. His name was finally reiterated last month, making it compulsory for the Centre to accept it, in view of the Apex Court judgment in the Second Judges case. The entire incident, however, left a deep stain on the already blemished system of judicial appointments, sending a chilling message across the corridors of justice—tow the Centre’s line or face consequences.

Besides, while some might say that this was a happy ending, the fact remains that Justice Joseph’s elevation came at the expense of him being junior to Justices Indira Banerjee and Vineet Saran. There have been arguments that the seniority does not matter much in his case, since he would still not have a shot at being appointed as the Chief Justice of India, even if the seniority is set right. However, this right here is a dangerous precedent that the Centre is being allowed to go away with.

The Supreme Court collegium recently remitted the names of two Advocates—Sabyasachi Chaudhury and Sakya Sen—to the Chief Justice of Calcutta High Court, after the Centre rejected their candidatures. In its resolution, the Collegium noted that the names of the two Advocates are being returned due to them not satisfying the minimum age criterion.

Curiously, the collegium had, in its resolution recommending the two Advocates specifically noted that they were below the prescribed minimum age limit of 45 years on the date of recommendation, but had approved their names for elevation nevertheless.

Relaxing the age criteria for them, the Collegium had noted, “As regards Shri Sabyasachi Chaudhury and Shri Sakya Sen (mentioned at Sl. No.3 and 6 above), both appear to have been recommended by the High Court Collegium considering their ability and performance in the Court and the shortage of Judges from the Bar, though on the date of recommendation they were below the prescribed minimum age limit of 45 years. Shri Sabyasachi Chaudhury has completed 45 years of age and hence we recommend his name for elevation. In the case of Shri Sakya Sen, we approve his name for elevation in relaxation of the age criterion.”

According to a Times of India report, besides the age criterion, the Government has now also expressed reservations over 30 to 40 out of the 126 names recommended for appointment as judges of High Courts on the grounds that they do not satisfy the minimum income requirement. However, it is the question of weightage that needs to be provided to the criterion listed before it. For instance, while the Collegium has, in the past, chosen to ignore the fact that a judge did not seem to have enough judgments under his belt to make the cut, it has rejected a candidate solely on the income criteria. The discrepancy, therefore, needs to be addressed.

At this juncture, it is also pertinent to mention that professional income of an advocate is considered necessary in determining a candidate’s suitability, ascertaining his dedication to the profession and checking the ratio of his earning to the judgments he has assisted the court with. However, the criterion fails to take into consideration factors such as his field of practice, the pro bono work undertaken by him as well as the geographical factors which determine the amount of money paid to him for every case. Therefore, there needs to be a relook at the weightage that can be given to this criteria, and at the viability of rejecting an otherwise deserving candidate on the sole basis of him not maintaining the requisite professional income.

Over the past year, the Centre has violated the law laid down in the Second Judges case more than once. In April this year, the Collegium ignored the Collegium’s reiteration of the proposal to make Justice Ramendra Jain a permanent judge of Punjab & Haryana High Court. It instead extended his term, in blatant disregard of the law laid down in Second Judges Case that Collegium’s reiteration of the proposal is absolutely binding on the Centre.

Thereafter, it had sat on the recommendation for the elevation of two Allahabad High Court Advocates—Bashrat Ali Khan and Mohammed Mansoor, despite reiteration of their candidature by the Collegium. It had then, in violation of established law, rejected their candidature again.

While Chief Justices like Justice Lodha, Justice Thakur, and Justice Khehar have been quite vocal about such delays and interferences in judicial appointments, CJI Misra has not addressed concerns regarding growing interference with judicial appointments, as raised by sitting Supreme Court judges. In such a scenario, with several other re-recommendations pending with the Centre, it is only a matter of time that such cases become the norm rather than violation of existing practice.

The appointment of two woman judges—Chief Justice Gita Mittal and Justice Sindhu Sharma— to the Jammu and Kashmir High Court for the first time in its 90 year long history did offer temporary respite from the constant confrontation between the Centre and the judiciary.

The news of these appointments was celebrated throughout the country, quite naturally because the legal profession, in general, has often been notorious for being an All Boys Club. It is this representation that now needs to be worked on, and kept up, until the appointment of a woman judge would be a matter of course rather than unprecedented news. While there have been qualms about reducing these judges to their genders, the concerns on representative justice and the necessity of more female voices to ably reform a patriarchal society far outweigh these qualms.

The gravest casualty is the justice delivery system

While the year saw both the pillars of the democracy shifting the blame on each other, the one to bear the brunt was judicial efficiency, functioning at a mere 60% of its sanctioned strength until the start of this month. Certainly, judicial vacancies is not the only criteria for ascertaining efficiency. However, it needs to be understood that it is the justice delivery system that will be left bloodied at the end of this battle, with overburdened judges, and the courts missing out on deserving judges because of the discrepancies.

It is therefore time that the collegium and the government finalise on the Memorandum of Procedure (MoP), in order to bring in more certainty and transparency in the process. This MoP will have to strike the perfect balance on the power that the two organs of the democracy can wield. The Supreme Court needs to let go of its absolute control over the appointments mechanism, to make way for more transparency and consistency, while the Centre has to be made more accountable for constantly sitting over files, splitting up recommendations and accepting names selectively. It is either this, or another year of draining judicial independence out of the justice delivery mechanism— a phenomenon that could render our democracy lifeless.

Obhan & Associates Act On Okinawa Autotech's Joint Venture With Tacita
Latest News
+ More
1Gujarat High Court Weekly Round Up: May 16 To May 22, 2022
2Allahabad High Court Weekly Roundup: May 16 To May 22, 2022
3Bombay High Court Weekly Round Up : May 16 To May 22,2022
4'Continuing Unlawful Activity' For Gaining Advantages Other Than Economic Or Pecuniary Is Also An "Organised Crime" Under MCOCA: Supreme Court
5"Majority Of Parents Blame Daughter In Law If Their Son Dies Untimely": Allahabad HC Orders Compassionate Appointment For Widow
6'Condemned In Strongest Words' : SCAORA Objects To SCBA President's Demand To Scrap AoR Exam For Advocates With 10 Yrs Practice
7FIR Under 'UP Gangsters Act' Can Be Lodged On The Basis Of A Single Case: Allahabad High Court
8Delay In Filing Appeal Based On COVID-19 Reasons: ITAT Imposes Penalty Of Rs.25,000
लाइव लॉ हिंदी
+ More
International
+ More
1Abortion Laws In The US And Other Countries
2Leaked Draft Judgment Of US Supreme Court Indicates Overruling Of Roe v.Wade Abortion Rights Decision
3The Indian Connection With Pak Decision To Live-Stream Court Proceedings
4Russian Suspension At The Human Rights Council: Band-Aid On A Bullet Wound?
Environment
+ More