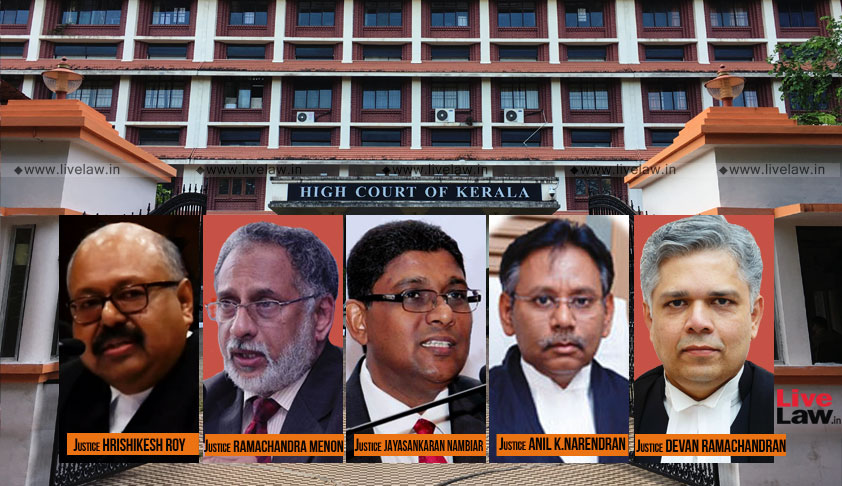 "Certificate of Registration, existence of valid Permit and availability of Fitness Certificate, all throughout, are closely interlinked in case of a transport vehicle and one requirement cannot be segregated from another", the Full Bench held overruling three judges' bench decision in Augustine vs. Ayyappankutty

The five judges' bench was constituted to consider the correctness of decision of a three judges' bench in Augustine vs Ayyappankutty 2015(2) KLT 139, which held that lack of fitness certificate was only a technical breach and that insurer cannot seek exoneration from liability on that ground. A Division Bench of the High Court doubted the correctness of this decision on the ground that it was contrary to Supreme Court's judgment in National Insurance Company vs. Chella Bharatamma, which had held that absence of permit was a fundamental breach.

In view of these provisions, the Court noted that in the absence of certificate of fitness, a transport vehicle cannot be regarded as registered and having a permit as per the MV Act. The Full Bench observed :

"The stipulations under the above provisions clearly substantiate the importance and necessity to have a valid fitness certificate at all times. The above prescription converges on the point that Certificate of Registration, existence of valid Permit and availability of Fitness Certificate, all throughout, are closely interlinked in case of a transport vehicle and one requirement cannot be segregated from another"

"The transport vehicle should be completely fit and road worthy, to be plied on road, which otherwise might cause threat to the lives and limbs of general public, apart from damage to property"

"Since the safety of passengers and general public was of serious concern and consideration for the law makers, appropriate and adequate measures were taken by incorporating relevant provisions in the statute, also pointing out the circumstances which would constitute offence. This being the position, such lapse, if any, can only be regarded as a fundamental breach and not a technical breach and any interpretation to the contrary, will negate the intention of the law makers", said the Court.

The Court proceeded to hold that Augustine(supra) decision did not take notice of SC decision in Chella Bharathamma.The Full Bench also took note of the recent apex court decision in Amrit Paul vs TATA AIG General Insurance Co Ltd, which held that absence of permit was not a technical breach and a fundamental breach. Since a transport vehicle without fitness certificate will be regarded as a vehicle without permit, the consequences under Section 149(2)(c) should follow even in cases of absence of fitness certificate.

In view of the above, the Full Bench declared the decision in Augustine v Ayyappankutty as not good law.