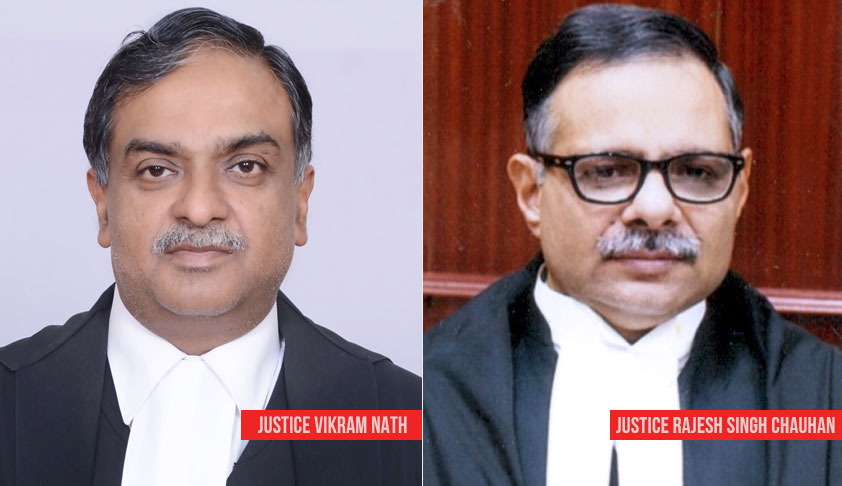 The Allahabad High Court, on Monday, came down heavily on a lawyer, Ranjana Agnihotri, who, it said, was making orchestrated attempts at maligning the judges of the bench hearing her matter.The lawyer had played an audio clip during the hearing of a case filed by her father and being handled by her, soon after the bench hearing it expressed reservations over the maintainability of the...

The Allahabad High Court, on Monday, came down heavily on a lawyer, Ranjana Agnihotri, who, it said, was making orchestrated attempts at maligning the judges of the bench hearing her matter.

The lawyer had played an audio clip during the hearing of a case filed by her father and being handled by her, soon after the bench hearing it expressed reservations over the maintainability of the petition. This clip contained allegations that one of the judges on the bench, Justice Vikram Nath, had been compromised.

However, having concluded that this was just an unscrupulous tactic to get the matter released from the bench, the bench comprising Justice Nath and Justice Rajesh Singh Chauhan now observed,

“She is a Lawyer and part of the judicial system. Still she did not realize the effect and aftermath of her conduct by making an orchestrated attempt of maligning the Judges of the Bench. She has a standing of 22 years but still she had the courage and audacity to try all efforts to, somehow or the other, get the matter released from this Bench which had expressed an adverse opinion in the matter.”

The court in fact opined that this was a fit case for lodging a criminal case or initiating criminal contempt proceedings against the erring lawyer-litigant. It, however, refrained from doing so, on account of intervention of senior lawyers, including the Chairman, Elders' Committee, Oudh Bar Association.

The dispute related to a land situated in Lucknow and recorded in the name of the deceased petitioner- Rajendra Kant Agnihotri, Ms. Agnihotri’s father.

The then Tehsildar Rajesh Kumar Shukla (one of the respondents) had initiated an enquiry regarding the genuineness of the record entries, as he had received complaints that the land belonged to the Gram Sabha and that Mr. Agnihotri had fraudulently gotten it recorded in his name. The inquiry report submitted by Mr. Shukla confirmed such suspicions.

A writ petition was then filed by Mr. Agnihotri before the Lucknow bench of the court, demanding quashing of this report as well as the notice issued to him pursuant to the report.

The petition was initially taken up in April, 2008 and was adjourned several times over a period of nine years. Thereafter, in May, 2017, the court was informed that an application under Clause 14 of the United Provinces High Courts (Amalgamation) Order, 1948 had been moved by now wheelchair driven Mr. Shukla, for transferring the case to Allahabad.

As per the order, when the matter was being deliberated upon on August 14 this year, Ms. Agnihotri stood up at least five times to address the court, which then allowed her to express herself.

With the court’s permission, she went on to play an audio recording on her phone, in the presence of 25 to 30 lawyers and the court staff. The recording was a conversation between Ms. Agnihotri and another lawyer, Mr. Rahul Srivastava, who was informing her of an overheard conversation between Mr. Shukla and another lawyer, Mr. Digvijay Nath Dubey.

In the recording, Mr. Srivastava was heard saying that Mr. Shukla claimed to have already won over Justice Nath. Taking note of this recording, the court directed Ms. Agnihotri to provide a transcript of the conversation, and the audio-clip on a pen-drive, along with an application, so that appropriate orders could be passed for a CBI inquiry into the matter.

Ms. Agnihotri, however, then prayed that CBI inquiry may not be ordered, but demanded that the matter be not heard by the same bench.

After reaching the Chamber, the court felt that instead of waiting till the next day, the mobile phone carrying the conversation may be taken into custody by the Senior Registrar or the security in-charge of the Lucknow Bench.

Accordingly, the court called for Ms. Agnihotri, as well as Senior Advocates and the Chairman and Members of the Elders Committee, which was in-charge of the Oudh Bar Association. In the meantime, several other judges also arrived, and were all informed about the developments in the case.

However, when Ms. Agnihotri was directed to play the audio recording again, she made several excuses, and was also caught recording the conversation going on in the chambers at that time. While she did tender an unconditional apology later, the court had already been left utterly miffed at the entire episode.

It, therefore, detailed the incident in its order, “so that neither Ms. Ranjana Agnihotri, Advocate nor any other Lawyer, who are part of the system, try to play truant and mischief with the system, bringing it a bad name and an attempt to lower the majesty of the Court by falsely maligning the Judges.”

The order also emphasised on Ms. Agnihotri’s intention behind the entire charade, asserting that this was just her attempt at making sure that the same bench does not hear her case.

“This is a glaring case where an unscrupulous litigant who is also an Advocate has tried all efforts to ensure that the matter may not be heard by a Bench which had expressed its reservations about the maintainability of the petition, so that the matter may be carried to some other Court, where the party may have a chance to get some favourable orders or to continue Bench hunting, till such time a favourable one is found. The petitioners are enjoying the interim order for the last more than ten years. Their entire attempt is to somehow keep the case pending, by hook or by crook,” it observed.

Lastly, the bench was faced with the dilemma between choosing to hear the matter or releasing it.

“We are in a fix. If we release the matter, the petitioner succeeds in her game and that too at the cost of maligning Members of the Bench. If we proceed to hear the matter and decide it either way, the decision would be called biased, impacted by the incident,” it observed.

The court, however, decided to release the matter, but not without requesting the Chief Justice to consider the transfer of all applications to Allahabad High Court for disposal. In doing so, the bench recorded its firm belief that “similar kind of attempts may again be made against Hon'ble Judges”.