Artificial Over-Invoicing By Power Cos: Delhi HC Asks CBI If It Has Improperly Closed Enquiry Against Adani 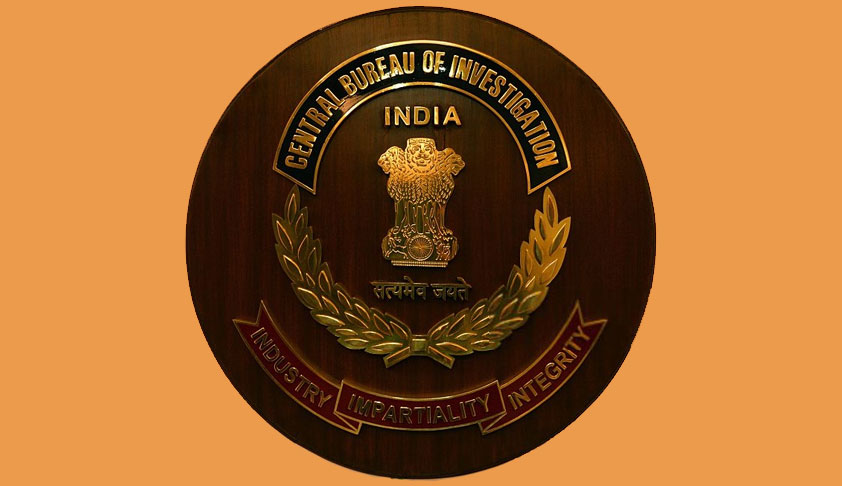 The Delhi High Court on Wednesday asked the CBI to clear its stand on the allegation that it had improperly closed a preliminary enquiry against Adani in connection with artificial over-invoicing on the import of power equipment.A bench headed by Justice Ravindra Bhat directed the CBI to file an affidavit explaining its position on the allegation that it had registered a Preliminary...

The Delhi High Court on Wednesday asked the CBI to clear its stand on the allegation that it had improperly closed a preliminary enquiry against Adani in connection with artificial over-invoicing on the import of power equipment.

A bench headed by Justice Ravindra Bhat directed the CBI to file an affidavit explaining its position on the allegation that it had registered a Preliminary Enquiry (PE) based on the Directorate of Revenue Intelligence (DRI) show-cause notice to Adani after it came to light that it had taken credit facilities from various public sector banks for these over-invoiced imports but later closed the PE without even registering an FIR during the tenure of then CBI director Ranjit Sinha.

The allegation has been levelled by the Centre for Public Interest Litigation and Common Cause in their PIL which throws light on the scam wherein Indian power companies are indirectly involved in over-invoicing to the extent of 400 percent on the import equipment/coal through their foreign intermediaries, which is ultimately adversely affecting consumers, stakeholders and tax authorities.

The probe agency has been granted two weeks’ time to file the affidavit.

Earlier, the court had issued notices to Centre and the Directorate of Revenue Intelligence seeking their response to the allegations made in the petition filed by advocate Pranav Sachdeva seeking an SIT probe into the over-invoicing of power equipment and fuel purchased by power-generating companies in order to cheat the people and to siphon off funds from public companies.

Pranav explained that on the face of it, Indian power companies (Adani and Essar) import equipment/coal from an intermediary foreign company which in turn import such coal/equipment from OEMs (Original Equipment Manufacturers), based mostly in China.

However, in reality, these foreign intermediary companies are wholly controlled/ owned subsidiaries of these Indian companies set up solely for the purpose of generating two sets of invoices for such imports.

The petition explained the modus operandi by citing an example. "The OEM of power equipment is in China, but it raises invoice in the name of a company located in say UAE, and that UAE based company raises its own invoice by inflating the value on the Indian company. But, Chinese OEM ships the equipment directly to India."

The PIL alleged that this over-invoicing was to the tune of Rs 20,000 crore and over 40 companies were involved in this “trade-based money laundering” which does not only affect the customs but boils down to higher tariffs being realized from consumers to make up for artificially inflated imports.

DRI says it is working on cases, petition be dismissed

Meanwhile, the Directorate of Revenue Intelligence submitted an affidavit in the court stating that show cause notices had been issued to companies, including Reliance Infrastructure, Adani Enterprises, Essar Bulk Terminal Salaya Ltd.

It said the case against importers Adani Power Maharashtra Ltd and Adani Power Rajasthan Ltd is before CESTAT while cases against Essar firms are pending adjudication before the adjudicating authority.

On cases of import of coal, it was submitted that due to large number of imports and involvement of large number of parties, the cases have been divided into multiple investigations and due to the involvement of multiple levels of intermediaries, most of who are located overseas, and also due to complex nature of transactions, there is requirement of procurement of details of bank accounts of all the parties in India as well as overseas.

The DRI said since the transaction has been conducted within and outside India, it is in the process of collecting documents from banks located in India as well as overseas and issuing Letters Rogatory have been sent to courts in Singapore, Dubai, Hong Kong, Switzerland and Indonesia to gather evidence/ documents in accordance with the mutual legal assistance treaties in place with these countries.

The DRI urged the court to dismiss the petition saying due to voluminous nature of these requests and multiplicity of countries involved, the investigation is extremely time-consuming and complicated, and that it was taking all steps necessary for expeditious completion of the same.