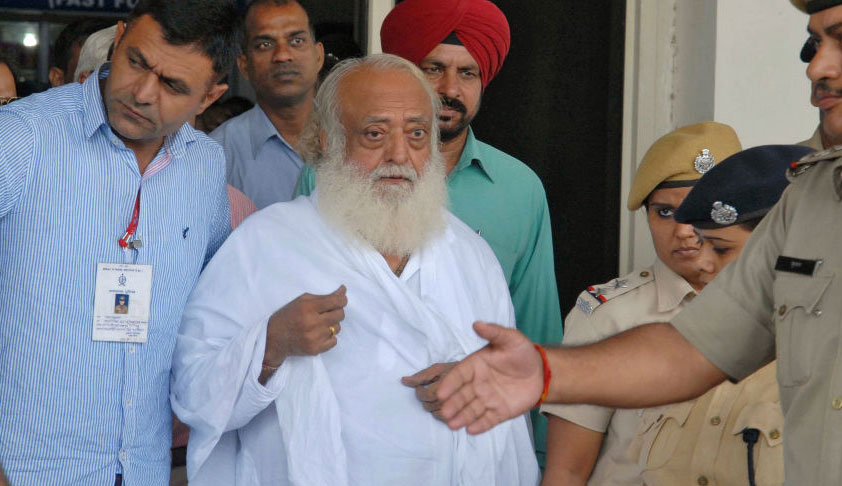 Self-styled godman Asaram, today knocked the doors of the Supreme Court seeking early hearing on his pending bail plea in a rape case.

Asaram's lawyer mentioned the matter before a bench of Justices N V Ramana and Amitava Roy saying SC had earlier fixed the matter for hearing after the Diwali vacation but it was shown to be listed on January 4 next year.

The bench then told advocate Saurabh Ajay Gupta who appeared for  Asaram, to mention  before Chief Justice Dipak Misra for early listing of the plea. The counsel told the bench that trial proceedings before the lower court in Gujarat was getting delayed and recording of evidence of prosecution witnesses was not yet complete.

It is to be noted that on August 28 the Supreme Court had slammed the Gujarat government for the delay in conducting  trial in a rape case against him.

Seeking a status report from Additional Solicitor General Tushar Mehta who appeared for the Gujarat government,  bench had on August 28 asked :"Why is there a delay in conducting the trial?".

The top court had earlier rejected several bail pleas filed by Asaram. The Gujarat government had told the court that two crucial witnesses were killed while one was missing and 17 others were injured in alleged attacks. It had said that there were 92 material witnesses in the case.

On April 12, the apex court had asked the Gujarat trial court to expedite the recording of evidence of prosecution witnesses in the case lodged by two Surat-based sisters. The two sisters had lodged separate complaints against Asaram and his son Narayan Sai, accusing them of rape and illegal confinement among other charges. The elder sister, in her complaint against Asaram, had accused him of repeated sexual assaults between 2001 and 2006 when she was staying at his ashram near Ahmedabad. Asaram and his son have denied all the allegations against them. Asaram, who is also facing a separate case in Rajasthan, was arrested by the Jodhpur Police on August 31, 2013 and has been in jail since then.