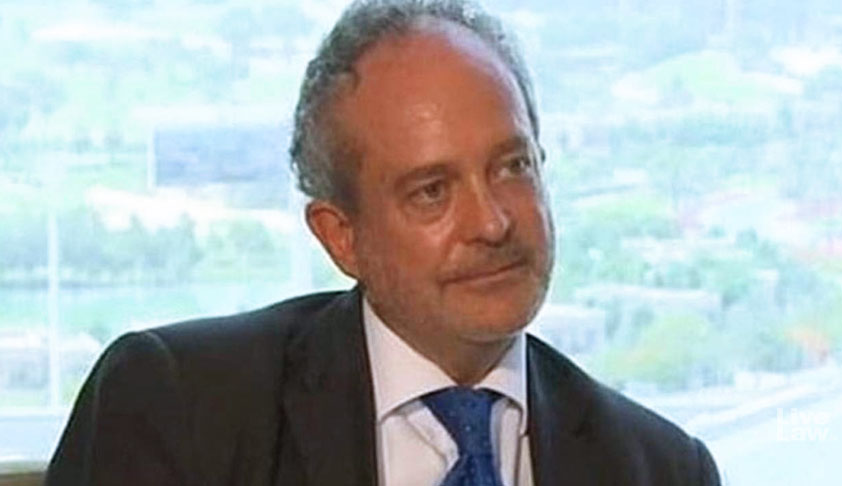 A Delhi court Wednesday reserved for December 22 its order on bail plea of Christian Michel, alleged middleman charge-sheeted and arrested in the AgustaWestland VVIP chopper case.

The 57-year-old British national told Special Judge Arvind Kumar that he was not required for custodial interrogation and no purpose will be served by keeping him in further custody.

"My handwriting has already already been taken. There were no original documents with the CBI to match it with. I have volunteered to provide all the documents," Michel told the court.

He was in CBI custody for 15 days.

Michel was arrested in the UAE and extradited to India on December 4. The next day, he was produced in the court, which allowed his five-day custodial interrogation by the CBI which was later extended by five more days.

Michel is among the three alleged middlemen being probed in the case by the Enforcement Directorate (ED) and the Central Bureau of Investigation (CBI). The others are Guido Haschke and Carlo Gerosa.

Both the agencies notified an Interpol red corner notice (RCN) against him after the court issued a non-bailable warrant against him.

The CBI opposed the bail application, saying Michel might flee as he had already tried to escape from Dubai just before his extradition.

The probe agency said that Michel was an influential person having links with people from the ministry and other bureaucrats and politicians, many of who are its witnesses in the case.

"We brought him with so much difficulty. Some new facts have emerged and we need to have follow ups on those. He has not been a cooperative witness. A lot more to be unearthed of out own. He has no roots in India here. He has property etc but he may sell them and go away," the probe agency said.

The court had earlier extended by four days the CBI custody of Michel on the ground that he needed to be confronted with various documents in the case.

The CBI had said that he was required to be taken to the premises of Pawan Hans India Ltd in Mumbai to verify his version of his alleged attempted negotiations to buy back WG-30 helicopters, to identify the shipper and to confront the officials of Pawan Hans India.

The agency said that voluminous documents have been received from various countries pursuant to the 'Letter of Requests' and the accused was yet to be confronted with a number of them.

The defence counsel had opposed the CBI application for further remand, saying already enough time was granted to the agency and nothing incriminating was found against the accused.

The ED, in its charge sheet filed against Michel in June 2016, had alleged that he received EUR 30 million (about Rs 225 crore) from AgustaWestland.