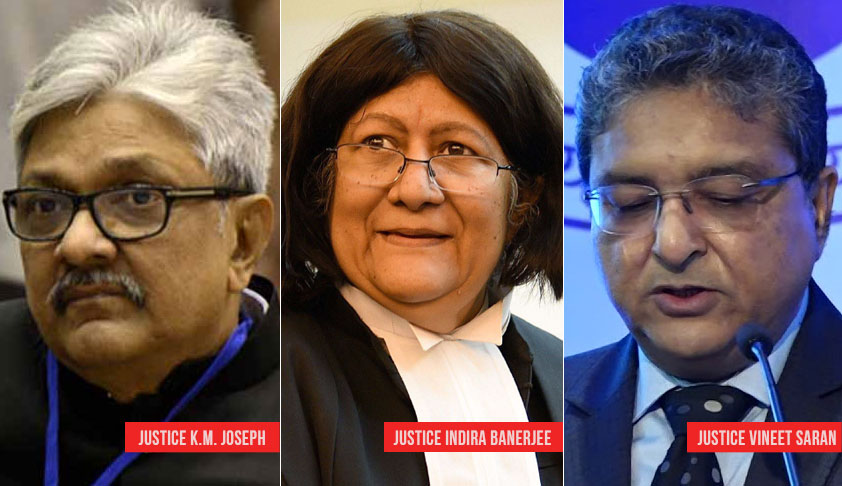 The Apex Court had made the three recommendations on July 16, re-recommending Justice Joseph whose candidature was rejected by the Centre in April this year, noting that it would “not be fair and justified to other more senior, suitable and deserving Chief Justices and senior Puisne Judges of various High Courts.”

Thereafter, last year in February, Justice Chelameswar had questioned Justice Joseph’s exclusion from the recommendations for elevation to the Apex Court. It was in January, 2018 that the collegium finally recommended him to be elevated to the Supreme Court.

The resolution signed by Chief Justice of India Dipak Misra, Justice J. Chelameswar, Justice Ranjan Gogoi, Justice M.B. Lokur and Justice Kurian Joseph had then stated that they found Justice K.M. Joseph to be “more deserving and suitable in all respects than other Chief Justices and senior Puisne Judges of High Courts for being appointed as Judges of the Supreme Court of India.”

Despite this, the Centre had rejected the recommendation. In its letter to the collegium, the Centre had pointed out that Justice Joseph is placed at serial number 42 in the All India High Court Judges’ Seniority List, with eleven Chief Justices of various High Courts currently senior to him. Besides, it had also sought to assert that the Apex Court has not had any representation from the Scheduled Castes and Scheduled Tribes for a while now. 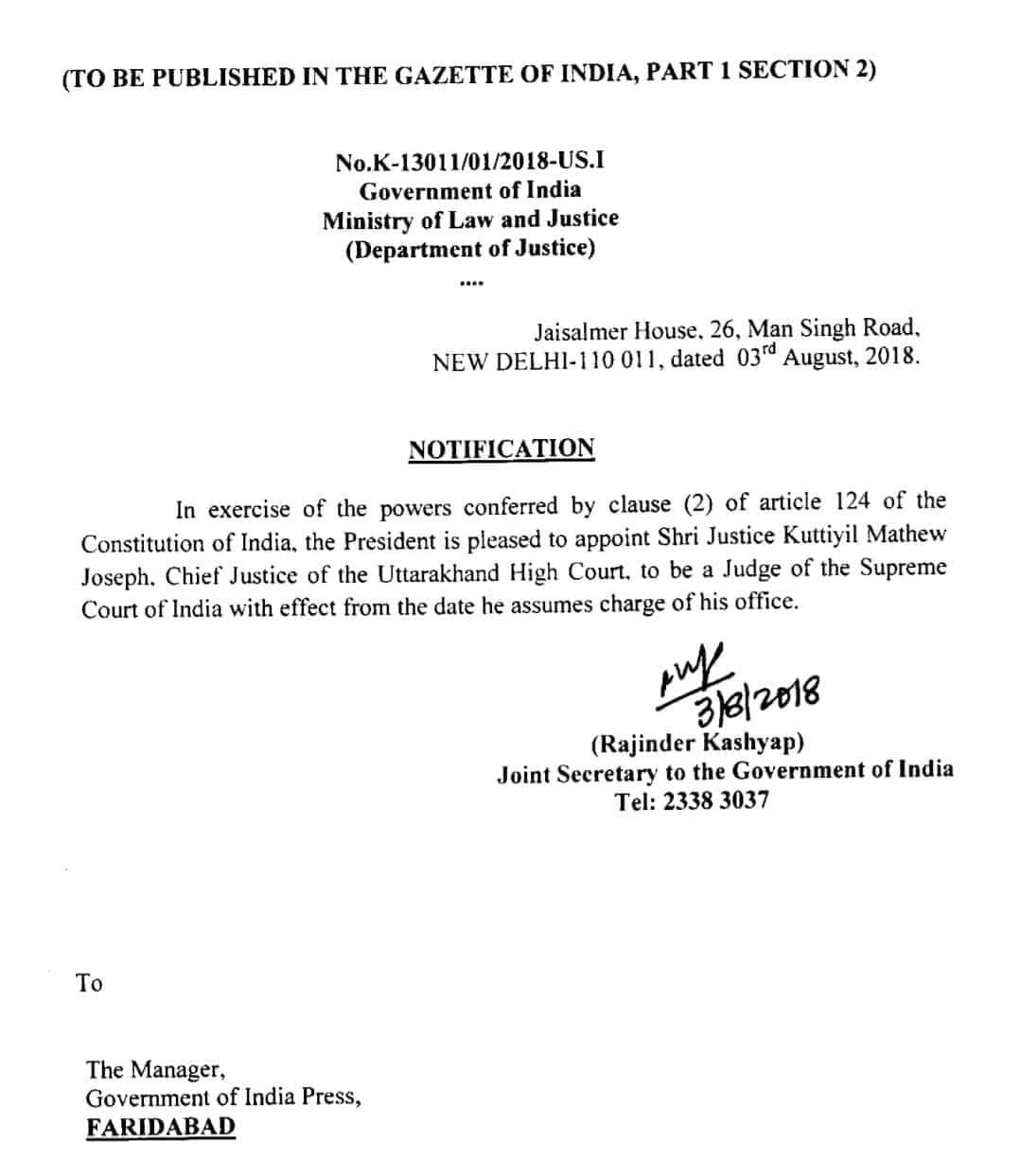