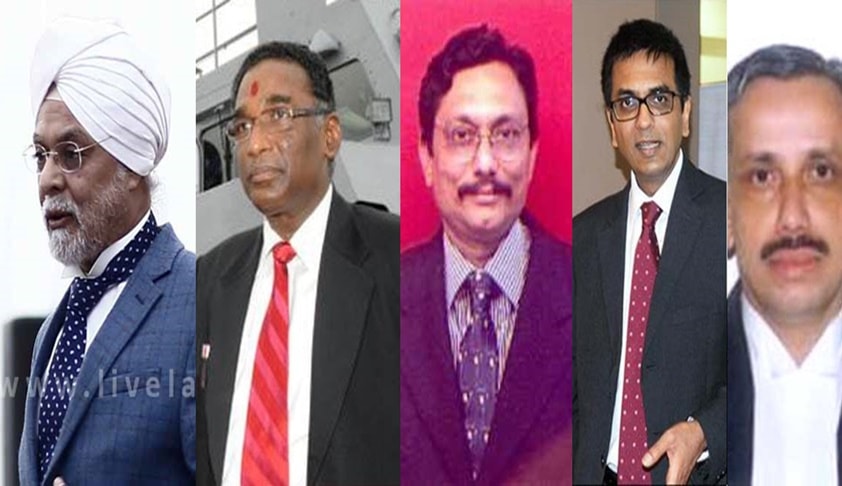 The Supreme Court has constituted the Constitution Bench which would hear the arguments on Aadhaar’s alleged violation of the right to privacy.

The Bench would comprise of CJI Khehar, Justice Chelameswar, Justice Bobde, Justice Chandrachud and Justice Abdul Nazeer. This Bench will start hearing the matter from 18 July.

It was in August, 2015, that the Supreme Court had decided to refer the challenges to the Aadhaar program to a Constitutional Bench, with a mandate to determine the existence of right to privacy as a Fundamental Right.

“We are of the opinion that the cases on hand raise far reaching questions of importance involving interpretation of the Constitution. What is at stake is the amplitude of the fundamental rights including that precious and inalienable right under Article 21. If the observations made in M.P. Sharma (supra) and Kharak Singh (supra) are to be read literally and accepted as the law of this country, the fundamental rights guaranteed under the Constitution of India and more particularly right to liberty under Article 21 would be denuded of vigor and vitality. At the same time, we are also of the opinion that the institutional integrity and judicial discipline require that pronouncement made by larger Benches of this Court cannot be ignored by the smaller Benches without appropriately explaining the reasons for not following the pronouncements made by such larger Benches. With due respect to all the learned Judges who rendered the subsequent judgments – where right to privacy is asserted or referred to their Lordships concern for the liberty of human beings, we are of the humble opinion that there appears to be certain amount of apparent unresolved contradiction in the law declared by this Court.

Therefore, in our opinion to give a quietus to the kind of controversy raised in this batch of cases once for all, it is better that the ratio decidendi of M.P. Sharma and Kharak Singh is scrutinized and the jurisprudential correctness of the subsequent decisions of this Court where the right to privacy is either asserted or referred be examined and authoritatively decided by a Bench of appropriate strength. We, therefore, direct the Registry to place these matters before the Hon’ble the Chief Justice of India for appropriate orders.”