Cases of Financial Frauds shall not be quashed on the ground of Compromise as it is a social wrong and it has immense societal impact: Supreme Court [Read the Judgment] 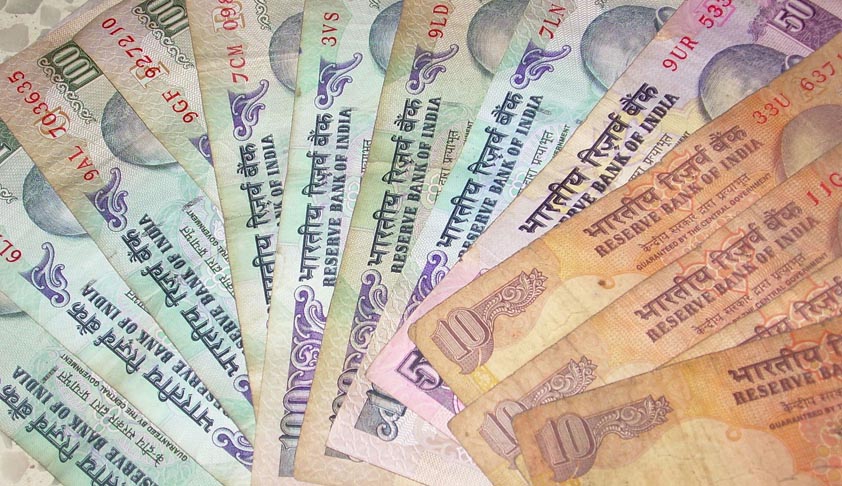 Hearing an appeal filed by State of Maharashtra against the judgment of the Bombay High Court, the Supreme Court held that High Courts should not quash FIR in cases of financial frauds where public is at a loss, even if there is a settlement.The judgment written by Justice Dipak Misra, relied on the judgment delivered by the Supreme Court in CBI v Jagjit Singh [(2013) 3 SCC...

Hearing an appeal filed by State of Maharashtra against the judgment of the Bombay High Court, the Supreme Court held that High Courts should not quash FIR in cases of financial frauds where public is at a loss, even if there is a settlement.

The judgment written by Justice Dipak Misra, relied on the judgment delivered by the Supreme Court in CBI v Jagjit Singh [(2013) 3 SCC 686]"wherein  the  court  being  moved  by  the  CBI  had overturned the order of the High Court quashing the criminal proceeding  and  in  that  backdrop  had  taken  note  of  the  fact that accused persons had dishonestly induced delivery of the property  of  the  bank  and  had  used  forged  documents  as genuine."

The present case arose when a case was registered after written complaint by the Chief Vigilance Officer, Bank of Baroda in 2006. Investigation revealed that a bank officer was involved in fraud and case under Section 120-B, Section 406, 20, 467, 468 and 471 IPC were registered against him and other accused persons.

The charge sheet that had been filed by the investigating authority also states that some persons made applications to Bank of Baroda for sanction  of  various credit  facilities,  stating  that  they  wanted  to  induct  the  said bank  as  a  new  consortium  member  to   replace  the  existing members, namely, the UTI Bank and the Federal Bank. They requested the said Bank to sanction 15% of the total Working Capital  facility  sanctioned  by  the  consortium  of  Banks,  so that, that much amount could be transferred to the UTI bank and Federal Bank to take over the existing liabilities with the said two banks.

Further investigation revealed that "account of the company, with the consortium of banks as well as the finance institutions, was highly irregular. In the application to the Bank, the accused persons concealed the fact relating to the dues outstanding against them. Thereafter,  when  asked  for  the  outstanding position  with  the  existing  consortium  members,  the  accused persons  wilfully and  with  the  criminal  intent to  mislead  the Bank  of  Baroda,  furnished  wrong  statements  about  the outstanding position by giving considerably lesser amount as outstanding than the actual."

Meanwhile, while the case was pending, the accused Vikram Doshi,settled  the  disputes  and  paid  Rs.42  lacs  for  settling  the dispute. On that basis, Kotak Mahindra Bank issued a "no due certificate".The said bank also confirmed that the guarantees issued by Vikram Doshi stood discharged.

After getting the no dues certificate, the accused approached the High Court under S. 482 of the Code of Criminal Procedure, and court ordered "Both the offices under Sections 406 and 420 are compoundable with the permission of the court. As already discussed here in above, the Bank has already given its No Due Certificate to the borrower i.e. ATCOM. It  can clearly be seen that even if the matter  is  permitted  to  go  for  trial,  no  fruitful purpose  would  be  served,  except  burdening  the criminal Courts which are already over-burdened."

To arrive at the same conclusion the High Court relied on the decision in Madan Mohan Abbot v. State of Punjab and distinguished the pronouncement in A. Ravishanker Prasad case.

Then State then preferred an appeal to the Apex Court.

Additional Solicitor General Pinky Anand submitted to the Court that High Court had erroneously opined that the remaining offences are 406  and  420  of  IPC  whereas  the  charge sheet,  also  included other  offences  against  the  accused  persons. On the other hand, the counsel for the respondents claimed that the order of the High Court was correct.

Stating the point of law clearly, the judgment of the Supreme Court noted, "High  Courthas  the  jurisdiction  to  quash  a  criminal  proceeding  under Section  482  of  the  Code  in  respect  of  non-compoundable offences barring certain nature of crimes."

The Court then went through plethora of judgments on the issue, stating finally, "Be it stated, that availing of money from a nationalized bank in the manner, as alleged by the investigating agency, vividly exposits fiscal impurity and, in a way, financial fraud.   The modus operandias narrated in the chargesheet cannot be put in the compartment of an individual or personal wrong. It is a social wrong and it has immense societal impact.   It is an accepted principle of handling of finance that whenever there is manipulation and cleverly conceived contrivance to avail of these kind of benefits it cannot be regarded as a case having overwhelmingly and predominantingly of civil character.  The ultimate victim is the collective.   It creates a hazard in thefinancial interest of the society.   The  gravity  of  the  offence creates  a  dent  in  the  economic  spine  of  the  nation.   The cleverness  which  has  been  skilfully  contrived,  if  the allegations  are  true,  has  a  serious  consequence.  A crime of this nature, in our view, would definitely fall in the category of offences which travel far ahead of personal or private wrong. It has the potentiality to usher in economic crisis.   Itsimplications  have  its  own  seriousness,  for  it  creates  aconcavity  in  the  solemnity  that  is  expected  in  financialtransactions.    It  is  not  such  a  case  where  one  can  pay  theamount and obtain a "no due certificate" and enjoy the benefitof quashing of the criminal proceeding on the hypostasis thatnothing  more  remains  to  be  done.   The  collective  interest  ofwhich the Court is the guardian cannot be a silent or a mutespectator to allow the proceedings to be withdrawn, or for thatmatter yield to the ingenuous dexterity of the accused personsto invoke the jurisdiction under Article 226 of the Constitutionor under Section 482 of the Code and quash the proceeding.It is not legally permissible."

Stating the role of judiciary while dealing with such cases, the judgment states, "The Court is expected to be onguard to these kinds of adroit moves.   The  High  Court,  we humbly remind, should have dealt with the matter keeping in mind  that  in  these  kind  of  litigations  the  accused  when perceives a tiny gleam of success, readily invokes the inherent jurisdiction  for  quashing  of  the  criminal  proceeding.   The court's principal duty, at that juncture, should be to scan the entire facts to find out the thrust of allegations and the crux of the settlement. It is the experience of the Judge comes to hisaid and the said experience should be used with care, caution,circumspection and courageous prudence.  As we find in thecase at hand the learned Single Judge has not taken pains toscrutinize the entire conspectus of facts in proper perspectiveand quashed the criminal proceeding.   The  said  quashmentneither helps to secure the ends of justice nor does it preventthe abuse of the process of the Court nor can it be also saidthat as there is a settlement no evidence will come on recordand there will be remote chance of conviction. Such a findingin our view would be difficult to record. Be that as it may, thefact remains that the social interest would be on peril and theprosecuting agency, in these circumstances, cannot be treatedas an alien to the whole case.  Ergo, we have no other option but  to  hold  that  the  order  of  the  High  Court  is  wholly indefensible."

The Court allowed the appeal filed and the order of the High Court was set aside.