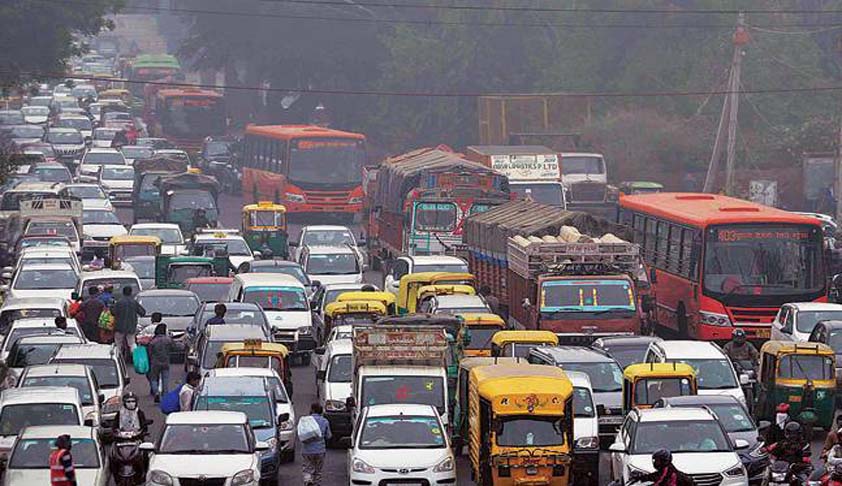 Manoj Kumar, Managing Partner  of a Law firm ‘Hammurabi & Solomon’ has filed a PIL in Delhi High Court challenging the Odd- Even Formula of Delhi Government to tackle the issue of Pollution and Traffic in the Capital.The Petitioner has approached the Court restraining the Respondent, Delhi Government from implementing the decision taken by the Government of NCT of Delhi whereby...

Manoj Kumar, Managing Partner  of a Law firm ‘Hammurabi & Solomon’ has filed a PIL in Delhi High Court challenging the Odd- Even Formula of Delhi Government to tackle the issue of Pollution and Traffic in the Capital.

The Petitioner has approached the Court restraining the Respondent, Delhi Government from implementing the decision taken by the Government of NCT of Delhi whereby private vehicles, including cars and motor bicycles with odd and even number registration plates shall be allowed to ply on the roads of NCT of Delhi on alternate date from 8 am to 8 PM and totally neglected the Commercial vehicles which are allowed to ply in Delhi during Night hours and are also responsible for increase in Air Pollution in Delhi as most of them are not complying with Pollution Norms.

The contentions of the Mr. Kumar are that the said formula of Delhi Government has devised a plan without proper arrangement and groundwork in a scenario which lacks effective public transport system and in reality an under-developed infrastructure to support such scheme of odd/even numbers.

The main premise of the PIL was that this kind of unilateral decision-making will directly impact their right to livelihood and that of millions of others living in the National Capital Region (NCR).

The other argument is regarding Delhi's connectivity with its satellites towns. The National Capital Territory of Delhi is a part of the NCR which includes massive urban settlements such as Gurgaon, Faridabad, Noida and Ghaziabad spanning the states of Haryana and Uttar Pradesh and is connected with Noida and Ghaziabad primarily through cars. Everyday, nearly 1, 10,000 cars travel between these cities. With the implementation of the odd-even scheme, at least 55,000 of the cars plying between the cities will be rendered ineligible for driving.

Delhi High Court while hearing the PIL on 23rd December 2015 advised Delhi government to consider the contentions raised in the PIL before finalizing the blueprint and posting the case to 6 January. The court has further told the petitioners that if the blueprint does not address their grievances then they could move the vacation bench even before the scheduled hearing. On Thursday, Chief Minister Arvind Kejriwal has announced the blueprint for the odd-even formula, which did not seem to have considered the contentions raised through a public interest litigation (PIL) hence Mr. Kumar has approacged the vacation bench..

The vacation bench while hearing the PIL has issued a notice to the Delhi Government instructing them to submit their reply within 3 days on why the contentions were not considered while making the blueprint.

According to Mr. Kumar, "the scheme instead of resolving the causes of pollution in the city and handling the public transport facilities in the city will increase the chaos. It is very imperative for Delhi Government to understand that this is an issue that can only be tackled by having an action across the complete National Capital Region (NCR) and not just Delhi."

The matters are listed up for 6th January 2016.

Read the Live Law story on Delhi Government official notification dated 28th December, 2015 on the Odd-Even scheme for non-transport vehicles which shall come into force with effect on the New Year day.