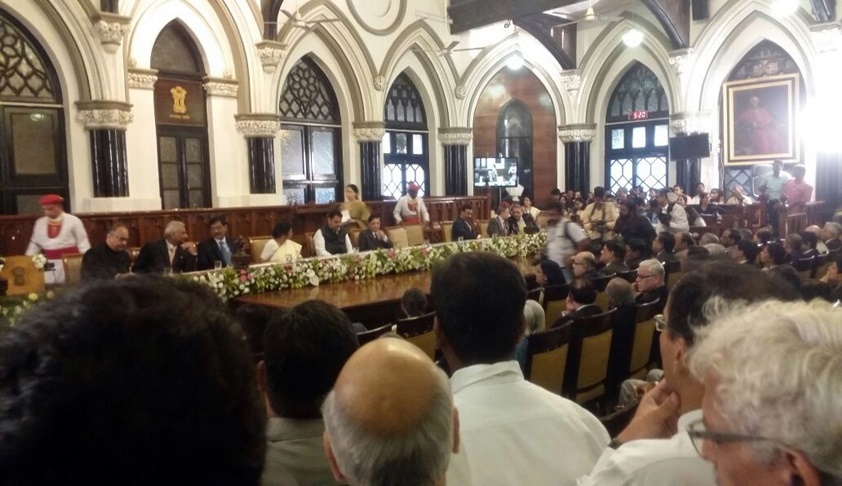 Chief Justice of India Dipak Misra laid down the foundation for an Alternative Dispute Resolution Centre in Mumbai and inaugurated a creche facility at the CTO building next to the Bombay High Court.

Apart from the CJI, Maharashtra Chief Minister Devendra Fadnavis and, Chief Justice of Bombay High Court Manjula Chellur spoke at an august gathering in the central court room at the high court.

The creche facility is the second of its kind at any high court in the country. The Kerala High Court has a similar facility.

Chief Justice Chellur was credited by the Chief Minister as well as the president of Advocates’ Association of Western India for having fulfilled her promise of opening a creche facility in the high court premises.

At the foundation laying ceremony of the new ADR Centre in Mumbai held at the central courtroom of Bombay High Court, Maharashtra CM Devendra Fadnavis said the state government has decided on a land for the construction of the new high court building.

“We have finalized the place for a new High Court building.  We have also given a presentation to the Chief Justice and she insisted on a timeline. So, we have given her a time frame, soon Bombay High Court will have a new building,” Fadnavis said in conclusion of his speech.

CJI Dipak Misra shared a few anecdotes addressing the concept of dispute resolution. He gave the example of how in certain cases, all that is needed is a dialogue and parties are in a way are eager to settle considering the tedious process of going through litigation.

CJ Chellur spoke on the need for a creche facility and how it would be extremely helpful to lawyers, both men and women, who spend much of their time in the high court.

AAWI president Rajiv Chavan spoke on how he had raised the issue of the need for establishing a creche facility and on Women’s Day, the Chief Justice announced the opening of such a facility and fulfilled her promise to do so before her tenure ends.

Built over an approximate area of 1000 sqft, this facility has the capacity of accommodating some 50 children.