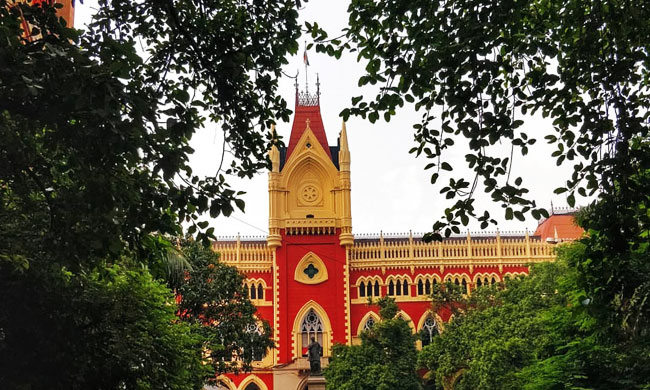 On Wednesday, the Calcutta High Court passed a significant verdict wherein it quashed a Leave India Notice issued by the Foreigners' Regional Registration Office, Kolkata to a Polish national, studying in India. The Polish citizen was served the Notice for allegedly violating his visa conditions as he had participated in political rallies against the recent Citizenship Amendment Act....

On Wednesday, the Calcutta High Court passed a significant verdict wherein it quashed a Leave India Notice issued by the Foreigners' Regional Registration Office, Kolkata to a Polish national, studying in India. The Polish citizen was served the Notice for allegedly violating his visa conditions as he had participated in political rallies against the recent Citizenship Amendment Act. The Polish national had challenged the said notice before the High Court primarily on the grounds that the notice is devoid of reasons and that he was not granted a proper hearing.

While the verdict is laudable for its end result i.e. quashing the Notice, some of the means adopted by the Court to reach that conclusion seem questionable. In the present post, I shall elaborate on this observation, by highlighting the key takeaways of the judgment, along with discussing its problematic findings. I shall first provide a brief overview of the decision including the arguments raised by both the parties and the findings of the Court on the same. Thereafter, I shall analyse the judgment in detail.

Before I discuss the judgment, the concepts central to the discussion are briefly explained below.

Section 3 of the Foreigners Act, 1946 empowers the Central Government to make orders prohibiting, regulating or restricting the entry of foreign nationals in India. The Section also allows the Central Government to lay down the conditions, which a foreign national is bound to abide by during her/his stay in India, in other words the conditions governing her/his visa.

In case, a foreign national violates the visa conditions, the respective Foreign Regional Registration Office ("FRRO") is empowered to issue a Leave India Notice to her/him and subsequently cancel the Indian Visa. In such cases, the FRRO is required to first issue a Notice to the concerned foreign national along with the reasons and seek her/his reply to the same. After considering the Reply, the FRRO may either cancel the Visa or revoke the notice. [The concepts have been explained elaborately in a previous post.]

The Petitioner challenged the LIN on two primary grounds i.e. (a) the LIN provided no reasons and (b) he was not accorded a hearing before issuance of the LIN. The government defended the LIN stating that they are not required to provide any reasons or a prior hearing to the concerned foreign national prior to making the order of expulsion. It further stated that the LIN was issued based on a confidential field report, according to which the Petitioner had engaged in anti-government demonstrations, thereby violating his visa conditions.

The Court rejected the contentions of the government and held that from the material before it no valid ground for expulsion of the Petitioner was made out. The Court also held that the LIN had violated the principle of audi altarem partem i.e. hear the other side, as the Petitioner was not heard before the notice was issued.

Takeaways from the Judgment:

In addition to the above discussed findings, the Court made certain observations that shall be pertinent for similar cases in future.

As per the settled practice, a foreign national is accorded a hearing only after a LIN has been issued to him. Based on her/his response, a final order cancelling the visa is issued. This practice has gained judicial recognition as well. In the present case, the Court has modified this approach and held that the foreign national has to be accorded a fair hearing even before the LIN is issued. In other words, the Court has made hearing mandatory pre-notice as against post-notice.

As discussed before, a foreign national on a student visa can only indulge in pursuing on-campus activities related to his studies. The Courts in the past have shown deference to the government's decision to expel a foreigner as it is believed that the government has an absolute and unfettered discretion to expel a foreign national from India. The Courts have only intervened wherein the due procedure was not followed.

However, in the present case the Court has interfered with this discretion and gone into the correctness of the visa conditions. It has held that the Petitioner's visa could only be negated if he had committed any specific offence having a penal consequence. It should be noted that in effect, the Court has restricted the revocation of student visas to instances where the foreign national commits an offence, as against the erstwhile requirement of indulging in any non-campus activity or activities not related to studies.

The Court has relied on Article 21 of the Constitution i.e. the Right to Life and Liberty to reach this conclusion. It has held that a foreign national has a protected right to a healthy human existence. Such an interpretation is a welcome step, as it expands the ambit of the rights available to foreign nationals in India.

It should be noted that High Courts are bound to follow the decisions of the  Supreme Court of India. Any decision that contravenes this principle is per incuriam (bad in law). In my opinion, in the present case the Hon'ble Court could have quashed the LIN solely on the ground of lack of bonafide reasons behind it. However, the Court went ahead and developed novel arguments/interpretations to quash the LIN and in doing so flouted several decisions it was bound to follow.

It is a settled position of law that rights guaranteed under Article 19 of the Constitution of India are available to citizens only and not foreign nationals. One such right is the right to freedom of speech and expression, guaranteed under Article 19(1)(a). The Courts have held that all forms of speech and expressions are protected under this Article, which even includes expression of protests against the government i.e. the Right to Protest.

Therefore, if we go by the settled jurisprudence, the 'Right to Protest' or 'Freedom of Speech and Expression' is not available to a foreign national in India. Interestingly, the Court in the present case granted the Right to Protest/attend political rallies to the foreign national, by reading the same into Article 21 as against Article 19.

"The mere activity of participation in a political rally is included within the right to life and personal liberty and freedom of speech and expression, particularly in respect of a student with brilliant academic career, whose consciousness is above the ordinary and is required to be cultured …

82. Political activity itself, in the absence of any specific allegation that the petitioner was actively involved with any political party which is banned in India, is a part of the bunch of rights which come along with the right to life and personal liberty. The expression of one's free will through any mode and participation and interaction with Indians, of any caste, creed and colour, having whatever socio‐political and economic background, is a part of a healthy life and has to be read into the wide ambit of Article 21 of the Constitution."

The Court reads the 'Right to Political Activity' into Article 21 by stating that expression of free will and participation and interaction with others is part of a healthy life and hence, protected by the Right to Life and Liberty. This approach is problematic as the Court is using Article 21 to grant a foreign national the rights available under Article 19, which are available only to Indian citizens. This arguably is a classic case of what cannot be done directly, cannot be done indirectly too.

As discussed before, the discretion to lay down the conditions for the entry of a foreigner in India vests with the central government. In furtherance thereof, the central government has framed the visa conditions which state that a foreign national on a student visa has to engage only in campus activity related to his studies. The Court in the present judgment has taken upon itself to rewrite the visa conditions and prohibited only those acts which are an offence in law and carry penal consequences.

The Court held that,

"83. In the present case, no reasons were attributed in the order of expulsion. Even the grounds disclosed in the Confidential Report, filed by the respondents, do not carry any suggestion as to the petitioner being involved in any illegal activity and/or having committed any offence under Indian law. In the absence of any specific offence having been alleged against the petitioner, having a penal consequence, the valid visa of the petitioner could not be negated by his expulsion from India."

By rewriting the visa condition, the Court has arguably taken a policy decision and hence, trespassed over the domain of the central government.

In my opinion, the Court has given the Petitioner much more than he asked for. While the petition asked for quashing the LIN for violation of principles of natural justice, the Court went ahead and granted much more. This generosity may result in a possible challenge to the judgment before the Supreme Court, for its interpretation of Article 19 & 21 and for taking a policy decision itself.

It should be noted that the Petitioner's stellar academic credentials played a significant role in the Court's final verdict. The Court remarked that,

"Moreover, in view of the petitioner's knowledge in political situations and socio‐cultural issues of South Asia, it would be an unreasonable restriction on the petitioner to restrain him even from participating in political rallies, unless the same amounts to sedition or any other offence envisaged in Indian law."

In my opinion, the said observations of the Court make the decision very fact specific thereby making it difficult to cull out general principles of law which may be followed by Courts in future.

± The author is practicing advocate in New Delhi. The post was first published on his personal blog "The 'Basic' Structure".