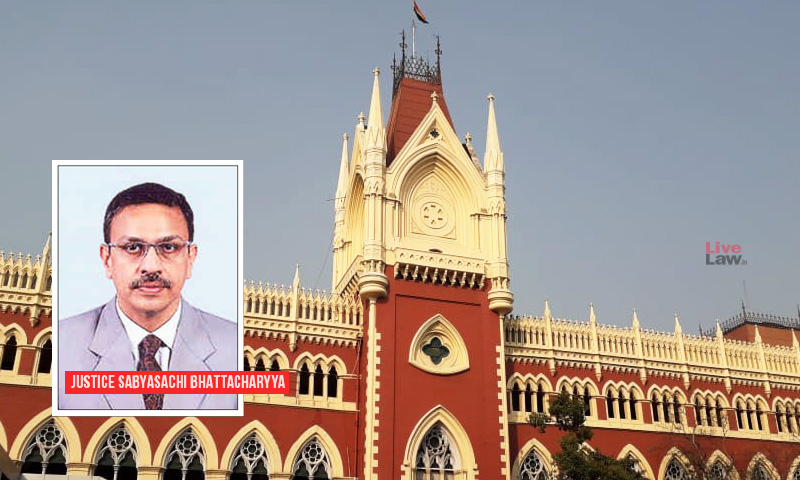 While quashing the "Leave India" notice issued to a Polish student for participating in an anti-CAA rally, the Calcutta High Court applied the principle that even a foreigner, who is in Indian soil, has the fundamental right to life and personal liberty under Article 21 of the Constitution of India."In the present case, the valuable rights in favour of the petitioner, accrued to him by virtue...

While quashing the "Leave India" notice issued to a Polish student for participating in an anti-CAA rally, the Calcutta High Court applied the principle that even a foreigner, who is in Indian soil, has the fundamental right to life and personal liberty under Article 21 of the Constitution of India.

"In the present case, the valuable rights in favour of the petitioner, accrued to him by virtue of his visa granted by the Central Government itself, automatically brings with it the rights to life and personal liberty, as enshrined in Article 21 of the Constitution, which is applicable to all persons staying on Indian soil", observed Justice Sabyasachi Bhattacharya.

The Court primarily noted that the expulsion order was issued without disclosing reasons, and without affording an opportunity of hearing to the student from Poland.

"Whatever may be the powers given to the government, the necessity of disclosing the reasons for curtailing the valuable rights already accrued in favour of the petitioner cannot be dispensed with. In a democracy like India, the rights of any authority cannot be totally arbitrary and unrestricted. The fundamental rights enshrined in the Constitution of India govern not only the Indian citizens but foreigners as well, as long as they are on Indian soil", the Court held.

It observed that the basic principle of natural justice, audi alteram partem, was "patently" violated in the case.

The Court also observed that political activity was a part of the bunch of rights flowing from Article 21 of the Constitution.

The case concerned the validity of the "Leave India" notice issued to one Kamil Siedczynski, who was studying Comparative Literature in Jadavpur University on a Student Visa, which was valid will August 3, 2020.

On February 14, 2020, the Foreigners' Regional Registration Office (FRRO), Kolkata, served him a notice to leave India by March 9, citing that he had indulged in 'anti-government' activities by participating in rallies against the Citizenship Amendment Act. On March 6, the Court had stayed the operation of the notice.

The Court, however, pointed out that the petitioner would be entitled to rights under Article 21 to life and personal liberty, which cannot be curtailed in violation of the procedure established by law.

The Court located Siedczynski's right to participate in anti-CAA rallies in his right to personal liberty under Article 21. In this connection, the Court extensively adverted to his academic background, scholarship and personal interests to state that it was natural for him to have free interactions to "seep in the ethnicity and lifestyle of different communities in India".

From the certificates and academic qualifications of the petitioner, the Court noted that the petitioner is not only an expert in several oriental languages but also has detailed and organized knowledge of Sanskrit, Bengali, Hindi and Tamil literature as well as a comprehensive knowledge of the history of South India, the philosophy and religion of South Asia, the arts and aesthetics of South Asia, socio‐cultural issues in the said region within the scope of natural environment and ethnic, demographic and political situation.

"The very premise of such qualifications, which the petitioner has, provide for the petitioner's ability to engage in such activities as indicated above. Hence,the 'life' and 'personal liberty' of the petitioner cannot be limited to a bare existence worth the name but also contemplates his right to actively pursue his interests and fields of specialization, which are necessary for the petitioner to lead a healthy life. The personal liberties of any person cannot be restricted merely to the right of staying in India."

"...in view of the petitioner's knowledge in political situations and socio‐cultural issues of South Asia, it would be an unreasonable restriction on the petitioner to restrain him even from participating in political rallies, unless the same amounts to sedition or any other offence envisaged in Indian law", the Court added.

Political activity part of right to life and personal liberty

The Court traced political activity as a part of rights emanating from Article 21.

"Political activity itself, in the absence of any specific allegation that the petitioner was actively involved with any political party which is banned in India, is a part of the bunch of rights which come along with the right to life and personal liberty. The expression of one's free will through any mode and participation and interaction with Indians, of any caste, creed and colour, having whatever socio‐political and economic background, is a part of a healthy life and has to be read into the wide ambit of Article 21 of the Constitution".

"The mere activity of participation in a political rally is included within the right to life and personal liberty and freedom of speech and expression, particularly in respect of a student with brilliant academic career, whose consciousness is above the ordinary and is required to be cultured".

"Since the student visa in favour of the petitioner confers the right on the petitioner to live in India up to August 30, 2020, the rights to pursue his intellectual interests and to seep in the ethnicity and lifestyle of different communities in India also go hand in hand with his right to life".

Referring to various precedents, the Court observed that the protection of Article 21 was available to a foreigner in Indian soil.

The fact that Article 19 conferred rights only on Indian citizens did not mean that foreigners are not entitled to personal liberties while in Indian soil.

"Article 19 of the Constitution, ex facie does not curtail such rights of foreigners. Although the ambit of Article 19 has been applied to citizens of India, the said Article does not take away or confer any rights on foreigners. Similarly, Article 19 cannot be deemed to have the effect of curtailing the rights of the foreigners without expressly saying so".

"Article 19 is not couched in restrictive or negative language. Hence, the right to life and personal liberty, along with all associated rights, including the right to have political views and participate in political activities, as guaranteed to all persons in Indian soil, cannot be curtailed or fettered, since Article 21 acts in harmony with Article 19 and the two Articles do not cancel out each other. The conferment of certain rights and basic liberties on an individual, validly staying on Indian soil, cannot be said to have been withdrawn merely by conferment of certain basic rights to the Indian citizens."

The Court also observed that the right to life and personal liberty do not emanate from the Constitution itself, but are basic human rights universally accepted by civilized society, and merely recognized in the Constitution of India.

"The right of the petitioner, as recognized by Article 21 of the Constitution, is to be harmoniously read with Article 19, which operates in a different field, pertaining to Indian citizens only. The basic and fundamental rights of a foreigner, associated with life and personal liberty, inhere in all persons living in India, citizen or foreigner, not only by virtue of Article 21 of the Constitution but also go along with a healthy human existence, which is the birth‐right of any human being, including the petitioner".

The Court noted that no reasons were stated in the expulsion order. While it is the discretion of the Government to grant visa to a foreigner, a visa once granted cannot be revoked arbitrarily, without assigning reasons.

"Even foreign nationals, as long as they have the right to stay in India, by virtue of a visa issued to them (in the present case, which was also renewed), cannot be turned out of India only by an administrative order, without any rhyme or reason and without a prior hearing being given to the foreigner", the Court observed.

"The impugned order of expulsion thus appears to be a paranoid over‐reaction, contrary to the rights enshrined in Article 21 of the Indian Constitution. The process of arriving at such decision is patently de hors the fundamental rights guaranteed by Article 21 of the Constitution and violative of the principle of Audi Alteram Partem".

The Court also mentioned that historically, India was known for being "tolerant of all views, religions and creeds", and added that "... the expulsion of the petitioner during subsistence of his visa, without having committed any penal offence, would send a wrong message to the world about India in general".

"India has welcomed students from all over the world and has permitted free interaction of minds and intellect between foreigners and Indians. Eminent educational institutions, such as the Nalanda University, have been located in this country, where students from all over the world participated and enriched Indian society and culture. Thus, the expulsion of the petitioner during subsistence of his visa, without having committed any penal offence, would send a wrong message to the world about India in general".