Freedom To Die: A Look At Active Euthanasia's Position In The Indian Legal System 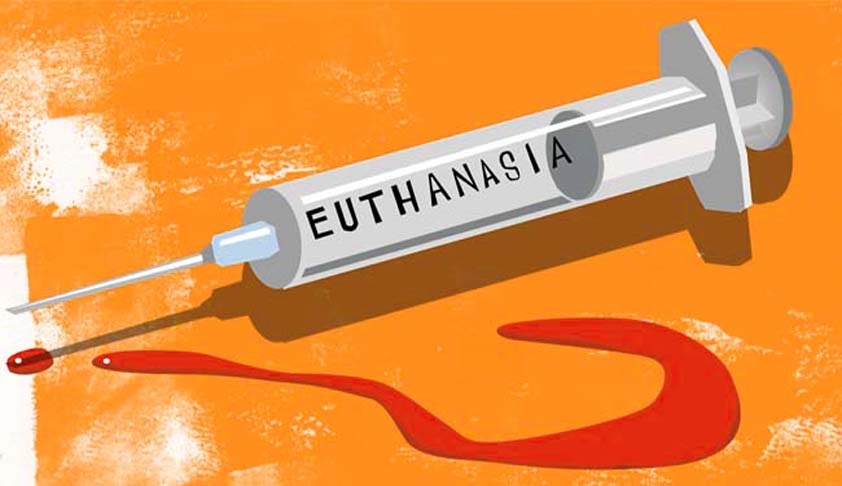 Pain is the most visible sign of suffering and often times prolonged periods of pain often snatch the will to live in a person. The topic of Active euthanasia focuses mainly on people who are facing a chronic disease and are in a state of constant pain and are suffering and therefore want to end their life. While it does sound reasonable that a person who has a right to live should also have a right to die at their own volition, however, may doctors see it as a form of murder and the ethics involved in this process has what has mired it in controversy.

On one side it is seen that a competent adult with a sound mind and a thorough understanding of the situation should be allowed to make a choice that they deem fit even if it is to die. This should be solely their discretion and will. Many close members of the patient often see them in a constant state of pain and suffering and they believe that when all hope of an improvement and treatment is lost and steady deterioration of the state of the patient is theonly option available, the patient should be legally allowed to not prolong their suffering and find peace. This will also provide relief to the patient's loved ones who mentally suffer along with the patient on seeing their state. One must realize that the resources which are spent on such critical patients are expensive and can be put to save the life of a person who wants to live and not one who has given up hopes to live and is waiting for death.

On the other side of this conundrum lies the argument of the competence of the patient, because a state of pain or suffering is often known to cloud one's judgement add to that, the atmosphere of a hospital and the prospect of being confined to bed for a long period of time and constantly depending on others often makes the person prone to several psychological issues and a feeling of guilt for being a burden on their loved ones. Decisions taken in such conditions are often out of desperation and the feeling of losing all hope and will power to live due to the depressing atmosphere around them. A person with an undetected psychological problem like depression is often known to consent to die. Also, the fact that often such patients might be pressured into consenting by their families citing financial constraints due to their treatment should also be noted. They are prone to being manipulated into consenting even if it is not what they really want. Most medical professionals are often unwilling to allow the patient to undergo this process citing ethical and moral reasons as well as the Hippocratic oath taken by them, arguments like these are further bolstered by religious notions of certain communities where taking one's own life either by suicide or such consent is considered sin.

While both these sides are correct in their apprehensions, let us take a look at what the law has to say before arriving at a conclusion.

The trend observed in countries that allow Active euthanasia is that most of them like Netherlands, Luxembourg, Canada (except Quebec) insist on the condition of the patient to be critical with no hope of recovery like those who are terminally ill certain cases like that of [1]Netherlands does not require this suffering to be physical, there are other countries that have a process in place to screen such patients by the means of a month long waiting period (Belgium), confirmation from an independent committee or doctor other than the one the patient is consulting (Netherlands).

[2]In fact, the model followed by [3]Switzerland is surprising in the sense that it allows Active Euthanasia only with the patient's consent and not Euthanasia for the mere reason that Active consent is not involved, Active Euthanasia is also not allowed if it may be driven by selfish motives like Inheritance of property by the relatives or their unwillingness to pay for the care of the patient which is quite opposite to that followed by the rest of the world. The Swiss model promotes the fact that the right to die is indeed the active choice of the patient and not something which can be made on their behalf which in a sense is more agreeable towards the Idea of freedom to choose death.

The Ideal of Right to die with dignity was incorporated under Article 21 of the Indian Constitution on 9th March 2018 in the landmark Supreme Court judgement in the case of Common Cause vs Union of India which legalized the practice of Passive Euthanasia in India. The same judgement allowed the concept of 'living will' which means directions given by a person in advance regarding future medical treatment also including their express consent to remove lifesaving equipment in case they are incapable of giving consent at that time. The Indian perspective on Euthanasia is that 'withdrawal' or 'stoppage' of life saving treatments in such cases is not playing an active role in the death and thus morally acceptable whereas 'administering' substances which will cause cessation of life are morally unacceptable and in the present scenario would invite Section 309 of Attempt to Suicide under Indian Penal Code towards the Patient and if successful would attract Section 306 of Abetment of Suicide and Section 300 of Murder under the Indian Penal Code towards the person administering such treatment.

The current debate around euthanasia in India revolves around Active Euthanasia with one side considering it morally and religiously wrong along with suicide, at the same time the [5]report of the 42nd law commission in 1971 referred to Manu's code and stated that people should have a right to end their suffering if they were living in miserable conditions, pain, or were diseased. [6]The 210th law commission also supported this belief by calling for decriminalization of Section 309 of the Indian Penal Code. A step was taken in the positive direction with the Mental Healthcare Act,2017 with the Section 115 of the Act decriminalizing the same, however, whether the attempt to suicide is a criminal offence or not is still mired in controversy with two opposing laws applying to the same situation.

Though decriminalizing suicide is a step in the direction towards approval of active euthanasia, it nowhere guarantees for the same to be allowed in the near future, with the emphasis and recognition now being placed on Mental Health, Freedom of Choice in matter of life and death, the climb towards legalizing of Active euthanasia though uphill is bound to become a lot easier.

India should consider allowing Active Euthanasia as a solution for patients who wish to end their life, However, taking in the valid points raised by the opposition like determination of consent etc. safeguards for the same should be placed. There should be a proper way of determining the validity of the consent with conditions like the permission from an independent medical practitioner, or in the presence of a public officer in order to verify that the patient while giving such consent was indeed coherent and fully understood the implications of the same. There should also be a waiting period of a month involved so that the patient has the time to mull over the decision and withdraw their consent in case they change their mind. Distinction should be made on compassionate grounds to allow only those patients who have no option but to suffer from a pain or a disease and the best for them would be to end their life if they so choose. Care should be taken to not let the legalization of Active Euthanasia to be used by anyone as an easy way out of life. It is important to implement such humanistic remedies with utmost sensitivity with an ironclad system of filtering out genuine cases as remedies like these are often prone to being misused.