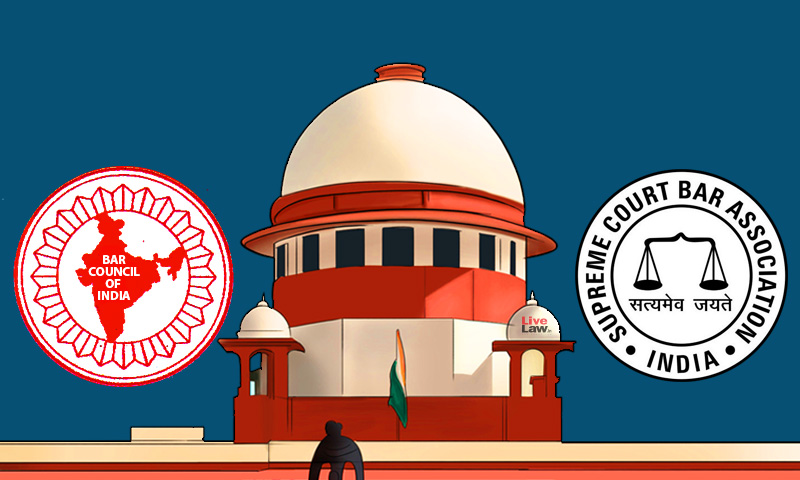 Background Recently, in an unprecedented move, the Bar Council of India (BCI) passed a resolution to stay the Supreme Court Bar Association's (SCBA) decision to suspend its Secretary. In response, the SCBA wrote back to the BCI that it "has no power or authority to control any Bar Association in the country, including the SCBA". Now, the BCI has issued a show cause notice to the...

Recently, in an unprecedented move, the Bar Council of India (BCI) passed a resolution to stay the Supreme Court Bar Association's (SCBA) decision to suspend its Secretary. In response, the SCBA wrote back to the BCI that it "has no power or authority to control any Bar Association in the country, including the SCBA". Now, the BCI has issued a show cause notice to the SCBA President and other Office Bearers as to why disciplinary action must not be taken against them for refusing to act on its resolution.

The entire episode is bound to raise a broader question regarding the authority and jurisdiction of the BCI. One would ponder : Can the BCI interfere in the affairs of a Bar Association (in this case, the SCBA) ?

The BCI is a statutory body established by the Advocates Act, 1961. Under Section 7 of the Act, it has been conferred with a number of functions, such as "to lay down standards of professional conduct and etiquette for advances", "to safeguard the rights, privileges and interest of advocates", "to promote and support law reform", "to exercise general supervision and control over State Bar Councils", etc. The provision does not provide for any supervision over Bar Associations as an entity. The only reference to Bar Associations can be found in Section 6 of the Act, which provides for the functions of State Bar Councils. It states that one of the functions of a State Bar Council is "to promote the growth of Bar Associations for the purpose of effective implementations of the welfare schemes". It is a supportive function and not a regulatory or supervisory role. A prima facie reading indicates that these two provisions (Sections 6 & 7) do not confer upon the BCI or the State Bar Councils a supervisory authority over the internal matters of a Bar Association.

Under Section 36, the BCI can take disciplinary action against an "advocate" who "has been guilty of professional or other misconduct". The "Rules on Professional Standards" prepared by the BCI, in this regard, govern an advocate's professional conduct arising out of the duty that she/he owes to the court, the client, their opponents and other advocates. But does this provision empower the BCI to interfere in the affairs of SCBA or any other Bar Association?

Can BCI supersede the decision of SCBA?

The BCI does not have any authority to supersede — what I call — the "private function" of the SCBA, as the latter is a separate entity, which is governed by the Societies Registration Act and not the Advocates Act. If a member has been expelled by a Bar Association, the BCI does not have authority to reinstate her/him in the Association. As Senior Advocate Siddharth Luthra has rightly pointed out that "even the jurisdiction of civil courts in such matters is circumscribed", i.e. the decision within a Bar Association cannot be questioned in a civil court unless it has been passed in violation of the principles of natural justice or in bad faith or without jurisdiction.

This position has been upheld in a Division Bench decision of Madhya Pradesh High Court in 2018, where it was held that the Advocates Act does not confer any power on a State Bar Council to interfere with the election process or with the election and internal affairs of a Bar Association.

When can BCI or a State Bar Council interfere?

Under the Advocates Act, it is the duty of the BCI and State Bar Councils to ensure that the advocates do not behave in an unprofessional and unbecoming manner. Though the Bar Associations are separate entities, the advocates who are members of such Associations are governed by the "Rules of Professional Standards". The BCI and the State Bar Councils have the authority to take disciplinary action against advocates who engage in any unethical professional behaviour, i.e. towards clients, courts and opposing counsels. For instance, if some advocates, who in the garb of a Bar Association, pass a resolution such as calling for strikes or boycott court work or not to defend a client, such a conduct would be contrary to the "Rules of Professional Conduct". The BCI and the State Bar Councils would then be authorized and well within their powers to take action against such members or office bearers of a Bar Association. It is this specific function of the BCI that the Supreme Court has often emphasized upon.

(Anurag Bhaskar is a lecturer at Jindal Global Law School, Sonipat and an affiliate faculty with the Center on the Legal Profession at Harvard Law School. He is also a contributing editor at Live Law. He tweets at @anurag_bhaskar_.)