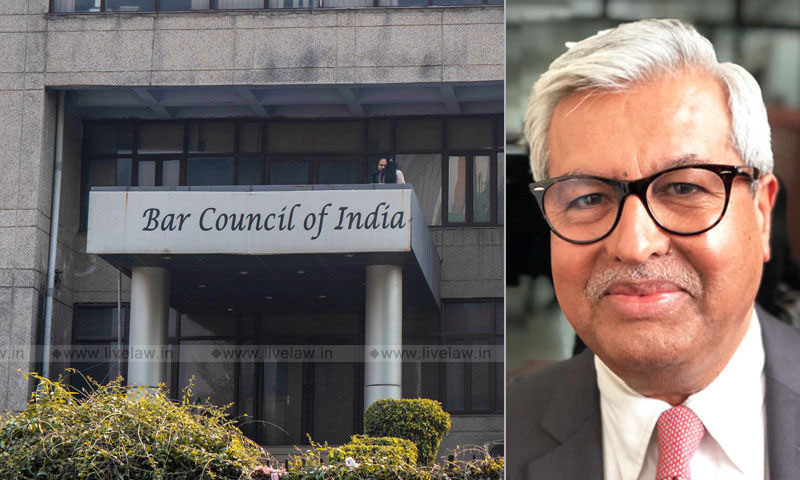 The latest development in the public strife between the Bar Council of India (BCI) and Supreme Court Bar Association (SCBA) has taken a more serious turn with the BCI on May 17 unanimously resolving to issue show cause notices to SCBA President, Mr Dushyant Dave, Acting Secretary, Mr. Rohit Pandey and Executive Committee Member, Ms. Ritu Bhardwaj as to why disciplinary action must not be...

The latest development in the public strife between the Bar Council of India (BCI) and Supreme Court Bar Association (SCBA) has taken a more serious turn with the BCI on May 17 unanimously resolving to issue show cause notices to SCBA President, Mr Dushyant Dave, Acting Secretary, Mr. Rohit Pandey and Executive Committee Member, Ms. Ritu Bhardwaj as to why disciplinary action must not be taken against them.

Terming SCBA's May 12 letter which rejected  the BCI's decision to stay SCBA's earlier Resolution to suspend its Secretary, Mr. Ashok Arora , as "improper and indecent", and further alleging that defamatory, derogatory and/or filthy words were used by the Office Bearers, the BCI expressed the prima facie view that the 3 individuals committed acts of misconduct punishable under Sections 35 and 36 of the Advocates Act, 1961.

"The Council is pained to note that a few Members of Executive Committee of SCBA, not only illegally refused to comply with this Council's resolution dated 10.05.2020, but have also used derogatory, defamatory, abusive or filthy words for the Council and its Members. The statements and comments issued by Mr. Dushyant Dave, President, SCBA, the letter dated 12.05.2020 sent to BCI by Mr. Rohit Pandey (the purported Acting Secretary), both of which appeared on social and electronic media and messages and comments exchanged by Ms. Ritu Bhardwaj, Members of Executive Committee among themselves and brought to our notice, betray a clear and hostile design of these Members of Executive Committee to disregard, defame and flout the most innocuous and reasonable directions contained in the BCI's unanimous resolution dated 10.05.2020, which was passed, keeping in view the dignity and prestige of the SCBA", claims the BCI.

The entire sequence of events, leading to this Resolution wherein the BCI seeks proceedings against the said individuals is detailed thus:-

"After taking a holistic view of the facts, circumstances and developments that have emanated post 8th May 2020 resolution of Executive Committee of SCBA, representation dated 10.05.2020 by Mr. Ashok Arora, Resolution by BCI dated 10.05.2020, statements in social and/or electronic media by the above named Members of Executive Committee of SCBA, messages exchanged by these Members of Executive Committee and the improper indecent letter dated 12.05.2020 by Mr. Rohit Pandey addressed to Secretary BCI, we are of the prima facie view that the Members of SCBA, namely, Mr. Dushyant Dave, Senior Advocate, Mr. Rohit Pandey and Ms. Ritu Bhardwaj, Advocates have committed acts of misconduct punishable under Sections-35, 36 and other relevant provisions of Advocates Act 1961 read with BCI Rules and they deserve to be proceeded with for appropriate action as per provisions of law."

In its Resolution, the BCI has asserted that they did have the powers to pass the Resolution dated May 11 and has relied on directions of the Apex Court, seeking to substantiate this claim.

Furthermore, BCI has alleged that allowing Mr. Pandey to function as Acting Secretary is a "further perpetuation of gross unlawful act", an act they urge the General Body of the SCBA to look into at an appropriate time.

The BCI Secretary has thus been directed to enclose the statements issued by the aforementioned names, as well as the 'derogatory and defamatory comments' made in social/electronic media along with the show cause notice which is to be served.

The reply to these notices is sought to be received at the BCI office within 15 days of the notices receiving the same. Absence to do so, it is stated, would be deemed to mean that they have nothing to say by way of a response.

Earlier, in an extraordinary move on May 11, the Bar Council of India (BCI) had passed a Resolution to stay with immediate effect the Supreme Court Bar Association's (SCBA) decision to suspend its Secretary, Mr. Ashok Arora, along with a slew of other decisions taken by the lawyers' body on May 8.

The SCBA had thereafter returned the Bar Council of India's (BCI) Resolution dated May 11 without admitting it or dealing with its contents.

Referring to the BCI's Resolution as illegal, unauthorised, without jurisdiction and unwarranted, the SCBA wrote to the BCI Secretary on May 12, communicating the SCBA's stand as follows:-

"The Bar Council of India is established under the Advocates Act, 1961 and its power, duties and responsibilities are circumscribed by the said Act. The BCI has no power or authority to supervise much less control any Bar Association in the country including the SCBA.

The alleged Resolution purportedly passed by the BCI is illegal, unauthorised, without jurisdiction and unwarranted. It invades the rights of the Supreme Court Bar Association to manage and run its affairs."

The dispute has its genesis in the move made by Ashok Arora to call an extraordinary meeting to remove Senior Advocate Dushyant Dave as SCBA President over a resolution passed by SCBA in February to condemn the public comments made by Justice Arun Mishra in praise of Prime Minister Narendra Modi.

Following this move, SCBA  Executive Committee suspended Ashok Arora as the Secretary on May 8.