A Misuse Of Power: BCI's Condemnable Response To The Complaint Against The CJI 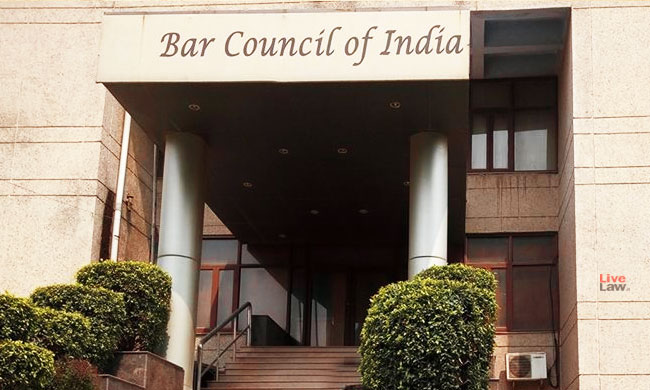 On May 15th, LiveLaw reported that the Chairman of the Bar Council of India (BCI), Manan Mishra, raised concerns over women taking undue advantage of the law to falsely implicate men in cases of gender-based violence. These comments are the latest in a series of troubling statements from the BCI in the wake of the sexual harassment complaint against the Chief Justice of India (CJI). It...

On May 15th, LiveLaw reported that the Chairman of the Bar Council of India (BCI), Manan Mishra, raised concerns over women taking undue advantage of the law to falsely implicate men in cases of gender-based violence. These comments are the latest in a series of troubling statements from the BCI in the wake of the sexual harassment complaint against the Chief Justice of India (CJI).

It bears repeating that the complainant's only ask has been for a fair inquiry into her complaint. Yet it is in response to this, a basic demand that the norms laid down by law be upheld, that the BCI has joined a chorus of several authorities in repeatedly maligning the complainant and condoning violations of fair procedure. The Chairman's most recent comments echo some concerns he raised in a letter last week, which was released on the BCI letterhead on May 7th. Coming from the spokesperson of a body entrusted with setting standards for the legal profession, these statements merit an in-depth examination and forceful condemnation, particularly the May 7th letter.

As if ignorant of the several, widely-reported statements in which lawyers and civil society members have described fundamental flaws in the handling of the complaint, the letter explicitly claimed to represent the "opinion of the Bar." Without any reasoning, the letter asserted that there was "something fishy" in the complaint when, even on the least charitable reading possible, the complaint and its annexures disclose several inexplicable lapses in procedure, which deserve further inquiry at the very least. In an absurd line of thought, the letter took issue with the complainant alleging unfairness against a committee comprising two "polite and soft spoken Lady Judges" and Justice Bobde who "always smiles" and is never seen angry. (When faced with such absurdity, it is easy to forget to question why the letter assumed that being 'soft-spoken' is a virtue for a woman judge in the first place).

Stating that the suggestions made by Supreme Court Justice Chandrachud for providing legal assistance to the complainant apply only to the "innocent, ignorant and helpless," and not to the present case, the letter invoked age-old regressive tropes. It automatically assumed that the complainant, no matter how apparent her vulnerabilities, must be conniving, and somehow powerful enough to necessitate more anxiety over the accused's reputation rather than her rights. The letter offered no support for its conclusion that the complainant is "not at all a simple lady," let alone for its ostensible belief that only "simple" ladies deserve fair inquiries.

What is even more disquieting is how the letter used its unsubstantiated judgments of the complainant to make more unsubstantiated criticisms, of jurisprudence on gender-based violence in general. It criticised judgments holding that rape convictions can be based solely on the testimony of the prosecutrix, terming them "totally absurd, sentimental and reckless". In doing so, it misconstrued settled legal principles. For instance, even outside cases involving gender-based violence, courts may convict on the testimony of a single witness if this is found to be wholly reliable, as held by the Supreme Court in its 1957 judgment in Vadivelu Thevar v. State of Madras, and re-affirmed since. The BCI letter further cited an inaccurate statistic, claiming that 90% of cases of sexual violence resulted in acquittals before these "sentimental" judgments were applied, ignoring the role that flawed prosecutions play in acquittals. As detailed in an open letter from the Women of India for Collaboration and Empowerment (WOICE) in Law, the BCI letter even called for a period of limitation to be imposed on such cases, when there is no limitation on any offence against the human body.

This criticism of judgments on gender-based violence was echoed by the BCI Chairman in his most recent comments, which in turn came a day after a BCI statement on May 13th, calling on lawyers to support the "men too" movement in solidarity with the CJI. In all these statements, it is the CJI who is under threat, or the judiciary or all men, not the complainant and not the principles of natural justice that have been continuously violated in response to her complaint. In a "special hearing" the day after the complaint was reported, the CJI sat as a judge in his own cause, and the "in-house committee" set up to examine the complaint did not follow the Court's own guidelines on a fair hearing. Moments like this require solidarity to demand that everyone be accountable under procedures that are the result of decades of struggle for women's rights. To witness authorities coming together and condoning such violations is to witness a total abdication of responsibility and a terrifying abuse of power.

(The author is a law student based in Delhi)