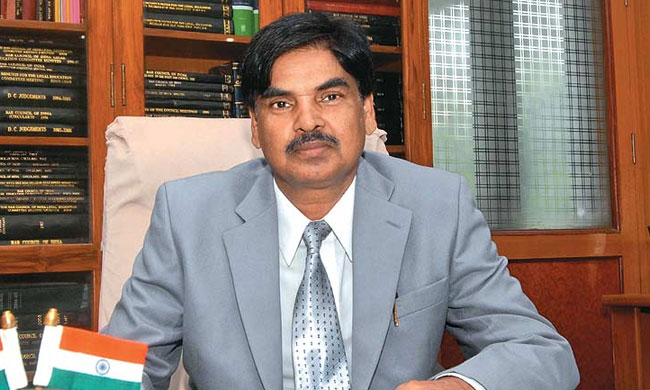 15th May, 2019 To: Mr. Manan Kumar Mishra, Chairman, Bar Council of India, New Delhi. Mr. Mishra, We are members of the Bar and the legal profession. As Chairman of the Bar Council of India, we believe that you ought to demonstrate a commitment to Constitutional values including in particular that of gender equality and non-discrimination. In the circumstances, we have lately...

We are members of the Bar and the legal profession. As Chairman of the Bar Council of India, we believe that you ought to demonstrate a commitment to Constitutional values including in particular that of gender equality and non-discrimination. In the circumstances, we have lately watched with deep concern, as you have made several reprehensible public statements which demonstrate a serious lack of principled leadership of the Bar, and a glaring lack of commitment to basic constitutional values of equality and non-discrimination, not to mention a glaring violation of your duties, as a lawyer, towards the pursuit of justice.

The immediate occasion for this open letter is the report dated 13th May, 2019  reporting your call for a silent protest to be held as part of the "Men Too movement" pursuant to your earlier "Appeal to the Members of the Legal Community", printed on the letter head of the Bar Council of India  ('the Appeal'). Amongst other things, in your appeal (as reported), you have stated as follows:

"…The oral testimony of the prosecutrix is enough to convict under Section 354 and 376 IPC, Why? We are not in 18th century, that no one can presume that a female will never make such allegations to falsely implicate her enemies. We have great respect for our women. But time has changed, we must keep in mind. …"

"Bar is hopeful that our Judges would now realise the problems, the mental and physical agony of the common men. So long our traditional laws, Evidence Act were properly applied by our Law Courts, we found 90% cases resulting in acquittals; but when our Honourable, Learned, Experienced, Knowledgeable Judges started keeping the settled principles of Evidence Act is kept in(sic) waste paper boxes, the incidents of false implications started increasing and today we have reached this situation."

"When Indian Judiciary and our Legislature are treating such offences of Section 354 of 376 IPC as very serious, then why should not there be some period of limitation for reporting such offences?..."

It is deeply concerning that such irresponsible, generalised, regressive, legally and statistically uninformed views are being voiced by the Chairperson of the Bar Council of India, that too in his official capacity, purportedly representing the "opinion of the Bar". In particular:

• The stereotyping and sweepingly prejorative generalisations regarding women made in your statement are extremely objectionable and undermine the small steps towards realising gender equality and justice, that have been made over several decades. The token reference to your "respect for women" is rendered hollow by the remainder of your Appeal, more so in the face of your evident suspicion of women complainants.

• Your statement appears to suggest that a proper application of the law would necessarily result in acquittals in 90% of the cases. You suggest that most complaints are malicious and that today's women complainants are more often than not, attempting to "falsely implicate their enemies". This statement exposes your personal misogynistic presumption that a woman's testimony is inherently unbelievable and maliciously motivated and ought not to be treated as evidence in a court of law. It is also factually inaccurate – conviction rates have remained abysmally low, despite legal reform in the context of sexual offences. The NCRB 2016 data indicates that the conviction rate for rape cases was an abysmal 25.5% while in cases under S.354, conviction rates were only 21.8%.

• All your arguments wilfully ignore societal realities, the well documented and judicially recognised fact that complainants usually risk - shame, social ostracization and the potential ruinof their futures in coming forward to complain of sexual offences. Legal procedures require a complainant to subject herself to invasive (and often insensitive) scrutiny by the police and other State authorities, the defence counsel, the media and society at large. In view of this, survivors of sexual offences often prefer not to make complaints. Even in the small number of cases where complaints are in fact made, acquittals are more often than not a result of failures of the police and the prosecution to secure vital evidence, intimidation of witnesses and several other factors that are unfortunately endemic problems in our criminal justice system.

• It is shocking that you are calling for a limitation in the context of sexual offences, given that there is no limitation under criminal law in relation to offences affecting the human body, and it appears that the primary pretext for this demand from you, is not rooted in criminal law jurisprudence and research, but more an expression of your personal beliefs that seek to delegitimise the struggle and pursuit of justice sought by many who have been subject to sexual offences.

You are therefore called upon to immediately, publicly retract the said Appeal, and to express public regret for your irresponsible, retrograde statements perpetuating misogynistic stereotypes. In view of the above, and in light of your failure to provide principled leadership to the bar, as women lawyers, we have no confidence in your leadership and we therefore call upon you to step down from your position as Chairman of the Bar Council of India.