The RTI Amendments: Constitutional Statutes In Precedent And Practice 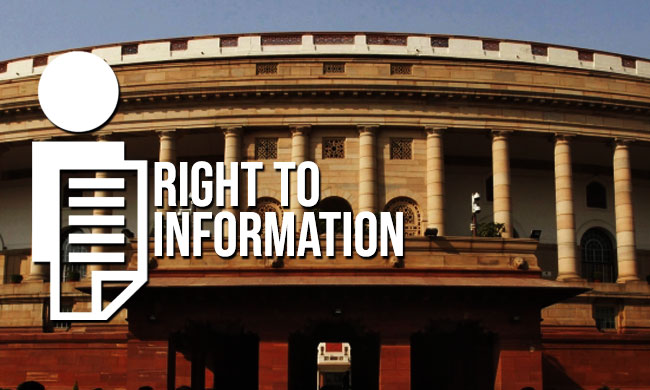 In the previous two posts, Malavika Prasad and I have developed the concept of a "constitutional statute", in the context of the recent amendments to the Right to Information Act. In the first post, I argued that a constitutional statute provides a statutory framework towards implementing a fundamental right, thereby fulfilling the State's positive obligation to do so. This is...

In the previous two posts, Malavika Prasad and I have developed the concept of a "constitutional statute", in the context of the recent amendments to the Right to Information Act. In the first post, I argued that a constitutional statute provides a statutory framework towards implementing a fundamental right, thereby fulfilling the State's positive obligation to do so. This is what justifies the status of the Information Commissioners under the RTI, and the requirement of independence – akin to election commissioners and judges – flowing therefrom. In the second post, Malavika further refined the idea, arguing that not every statute implementing a fundamental right has the status of a constitutional statute. There must either be a delegation to Parliament expressly envisaged in the Constitution itself (such as the case of elections), or the statute must – in some way – regulate the relationship between the individual and the State; and it is the manner in which that relationship is structured that gives rise to the specific constitutional implications at issue (such as, in the case of the RTI, the requirement of that Information Commissioners be independent).

In this concluding essay in the series, I will address one important objection to this argument: that because, unlike Election Commissioners and Judges, Information Commissioners do not have formal constitutional status, it follows that the constitutional safeguards applicable to the former (especially the safeguarding of independence and and autonomy) cannot apply to the latter. The theoretical justification was provided in the first post, where I discussed Tarun Khaitan's idea of "fourth branch institutions", which may or may not find specific place in the Constitution, but which nonetheless perform functions (such as regulating the individual/State relationship in the manner described above) that justify bringing them together under one head when it comes to issues such as independence and autonomy. And in this post, I will conclude the argument by discussing how this proposition has already been affirmed by the Supreme Court, in the context of cases involving the Central Vigilance Commission (CVC) and the Central Bureau of Investigation (CBI).

Recall that, upto a point, neither the CVC nor the CBI had any statutory foundation. That changed in Vineet Narain v Union of India. Recall that the case arose out of an allegation that the CBI was not doing its job under political pressure. After passing a series of interim orders effectively placing various investigations under its direct supervision, in its final judgment, the Supreme Court made the following observations:

"In view of the common perception shared by everyone including the Government of India and the Independent review Committee (IRC) of the need for insulation of the need for insulation of the CBI from extraneous influence of any kind, it is imperative that some action is urgently taken to prevent the continuance of this situation with a view in ensure proper implementation of the rule of law. This is the need of equality guaranteed in the Constitution. The right to equality in a situation like this is that of the Indian polity and not merely of a few individuals. The powers conferred on this Court by the Constitution are ample to remedy this defect and to ensure enforcement of the concept of equality"

In other words, therefore, the independence of the CBI – as a body tasked with investigating offences that often involved powerful and politically influential people – flowed from the constitutional principles of equality and the rule of law. Having noted this, the Court then passed legislative guidelines under Article 142 (the Vishaka technique), which would hold the field until a suitable statutory framework was established. The Court once again repeated that these guidelines were being passed in order to implement equality and the rule of law.

And what of the Guidelines themselves? Apart from insisting that the CVC be given a statutory basis, the Court also laid down a number of guidelines to ensure independence: these included setting out the appointments process, specifying that the tenure of the CVC Director would be two years (recall that a fixed tenure is exactly what the RTI amendments have now done away with), putting brakes on transferring the CBI Director (another thing the RTI amendments now enable), and so on.

In other words, therefore, Vineet Narain stands for two propositions that are relevant to us. First, the Court found that the purpose of the CVC and the CBI was to – inter alia – guarantee the constitutional principles of equality and the rule of law, by ensuring that the highest and most influential of people would be brought to book if they broke the law. Flowing from this, the Court laid down a set of guidelines to ensure the independence of the officers in these posts. And secondly, the Court's opinion was that fixed tenure and constraints upon transfers were crucial aspects of guaranteeing such independence.

Let us now fast-forward twenty-one years, to the notorious Alok Verma case of late 2018. Recall that the core issue in that case involved the transfer of the CBI Director. Of course, in 2018, there was a statutory framework. The CVC Act had been brought into force, and the DSPE Act had been amended to include the CBI Director. The Supreme Court's guidelines – including those on independence – had been legislatively enacted. The question in Alok Verma involved the interpretation of that statutory framework.

After going through the history of the CVC and the CBI, in paragraph 24, the Court noted the submission of Alok Verma's counsel:

"Shri F.S. Nariman and Shri Dushyant Dave, learned Senior Counsels, who have argued the case for Shri Alok Kumar Verma, Director, CBI and Common Cause have contended that the history of the institutional framework surrounding the CBI leading to the statutory enactments in question and the views expressed in the judgment of this Court in Vineet Narain (supra), including the operative directions under Article 142 of the Constitution, can leave no doubt that the judicial endeavour should/must always be to preserve, maintain and further the integrity, independence and majesty of the institution i.e. CBI. This is the core intent behind the statutory enactments and the amendments thereto, details of which have been noticed. The Director of the CBI is the centre of power in an abundantly powerful organization having jurisdiction to investigate and to prosecute key offences and offenders having great ramifications and consequences on public life. There can be no manner of doubt that the Director who has been given a minimum assured tenure of "not less than two years" must be insulated from all external interference if the CBI has to live up to the role and expectations of the legislature and enjoy public confidence to the fullest measure. This is how the provisions of the cognate legislations i.e. the CVC Act, 2003 and DPSE Act, 1946 (as amended), must be interpreted, according to the learned counsels. It is specifically urged that the embargo under Section 4B(2) of the DSPE Act which mentions that the Director shall not be transferred except with the previous consent of the Committee must be construed in the broadest perspective to include any attempt to divest the Director, CBI of his powers, functions, duties, etc. in any manner whatsoever and not necessarily relatable to the transfer of the incumbent as is understood in ordinary parlance. According to the learned counsels, unless such a meaning is attributed to the provisions of Section 4B(2) of the DSPE Act, the legislative intent would be rendered futile and so would be the entire judicial exercise culminating in the operative directions of this Court in Vineet Narain (supra)."

I have extracted the entire paragraph because, in essence, what Fali Nariman and Dushyant Dave argued in Alok Verma's case is precisely the argument we are making here for constitutional statutes. The analysis starts with the functions being performed by the body. If these functions include implementing a constitutional right and standing between the individual and the State, then certain further requirements flow from that. One specific requirement is that of independence and autonomy (a characteristic feature of constitutional functionaries) – in turn, guaranteed by a fixed tenure, constraint upon transfers, and so on. And most notably, these requirements exist independent of the fact that the officials in question are not formally constitutional functionaries, and also, independent of the specifics of the statutory framework in place; rather, they flow from constitutional imperative, with the task of the statutory framework being to supplement and give effect to them (which is exactly why, in the absence of a statute, the Supreme Court passed legislative guidelines in Vineet Narain; without the above analysis, it should be clear, the Court could not have done what it did in Vineet Narain).

Notably, in Alok Verma's Case, the Supreme Court agreed with this argument. In paragraph 32, it noted that the statutory framework of the CVC Act and the DSPE Act was a "sequel" to the directions in Vineet Narain (which, in turn, it is important to reiterate, flowed from the constitutional function being performed by the CBI). The Court then noted in paragraph 33 that – specifically – Vineet Narain's observations on independence and insulation – grounded in the right to equality and the rule of law – "hold a special field." The Court then applied these principles to interpret the DSPE Act and find that Alok Verma's transfer was not in accordance with law.

Reading together the judgments in Vineet Narain and Alok Verma, what clearly emerges is the fact that even though the CBI was not – and never had been – provided for in the Constitution, its role and functions (implementing fundamental rights and standing between individuals and the State) required a guarantee of independence in a manner broadly similar (although, of course, different in the particulars) to constitutional functionaries. In particular, security of tenure and constraint upon transfers were treated as vital to securing that independence.

There is precedent, therefore, for the argument to treat the Information Commission as a "fourth branch" institution similar to the CBI. Although, of course, the two bodies perform very different functions, what unites them is that they implement fundamental rights, and – in different ways – stand between individual and State, with a view to making the latter accountable to the former. This is what gives the statutory framework regulating these bodies the status of constitutional statutes, and this (especially the latter) is what requires guarantees of independence with which the statutory framework itself must comply. And the focus on tenure and transfers shows that a dilution in those areas does undermine independence, and that therefore, a strong case can be made for holding it to be unconstitutional.

Gautam Bhatia is a lawyer practicing in Supreme Court of India. This Article was first published in his blog Indian Constitutional Law And Philosophy.