COVID-19 : Centre's Promise To SC For Relief Mechanism On Tax Recoveries Yet to Be Fulfilled 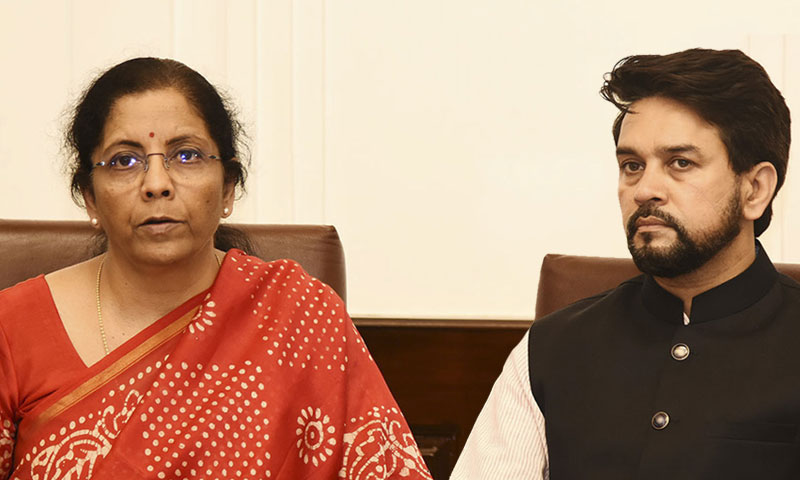 The Union Finance Minister, Nirmala Sitharaman, in an expected move, announced on Tuesday a slew of tax deadline extensions in light of the COVID-19 pandemic. The Ministry extended deadlines for filing direct and indirect tax returns, linking Aadhaar to PAN, and availing of the amnesty Vivad se Vishwas and Sabka Vishwas schemes amongst others. Apart from this, the Ministry reduced interest...

The Union Finance Minister, Nirmala Sitharaman, in an expected move, announced on Tuesday a slew of tax deadline extensions in light of the COVID-19 pandemic. The Ministry extended deadlines for filing direct and indirect tax returns, linking Aadhaar to PAN, and availing of the amnesty Vivad se Vishwas and Sabka Vishwas schemes amongst others. Apart from this, the Ministry reduced interest on delayed tax payments although it was not completely waived. The Government has not extended the deadline for payment of advance taxes, which was March 15. This is unfortunate, because the biggest problem for businesses in this time is liquidity.

In any case, these are welcome reliefs for an economy staring down the abyss. But they come on the back of another questionable move from the Central Government.

On March 18 and 19, the High Courts of Allahabad and Kerala had given very similar, although not identical, reliefs to tax and bank defaulters. The Allahabad High Court granted a temporary two-week relief from coercive measures to collect state taxes, and a moratorium against attachments, evictions and demolitions carried out by state government authorities. The Kerala High Court granted, again, a temporary two week relief from "coercive" measures to recover taxes from tax defaulters – a move directed at reducing crowds and burden on the courts as much as providing some breathing space to defaulters reeling under the crisis. As I have written elsewhere, a businessman, already having to pay salaries without business, deserves a two-week tax relief. Also, it is basic human decency that during an unprecedented worldwide pandemic requiring self-isolation, a person should not be evicted from her house for recovery of bank dues, and the State should not carry out demolitions of buildings for violation of building laws. These can wait for two weeks. In the light of the Prime Minister's 21-day lockdown announcement, these orders seem almost prescient.

However, the Central Government challenged these orders in a special leave petition before the Supreme Court. In a most cryptic order, the Supreme Court, without listing the matter formally for hearing, without recording reasons, based on an oral statement from the Solicitor General that the Government will "evolve a proper mechanism" and without even delineating this mechanism, granted a stay of the orders of the two High Courts. The Supreme Court did not set a next date for hearing, and is now, like the rest of this country, hibernating. The High Courts' orders have been overruled, effectively, at mentioning.

Questions loom large on this entire proceeding: How could the Centre file an SLP against the order of the Allahabad High Court that only dealt with State taxes and State authorities, when the State itself had not challenged the petitions? How could the Centre hold a brief for the banks? What is this mysterious "mechanism" the Centre has evolved?

Of course, the Allahabad High Court only dealt with State taxes and recoveries, and these extensions have no bearing on those cases. As an aside, the persons whose names, addresses and photographs were plastered on a banner as "defaulters" were covered by that Allahabad High Court order. The Kerala High Court order dealt primarily with defaulters against whom the tax departments and banks were seeking to take coercive measures of recovery, mostly attachment and sale of assets. It did not deal with regular return filings, payment of taxes or availing of amnesty schemes.

This harks back to the Supreme Court's order staying the orders of the High Courts – the stay was granted on the back of a statement made by the SG that "the Government is fully conscious of the prevailing situation and would itself evolve a proper mechanism to assuage concerns and hardships of everyone". The persons who were granted reliefs by the two High Courts are yet to see any such mechanism to assuage their concerns. The Kerala High Court had specifically pointed out that in various cases, tax authorities were acting contrary to settled law leading assessees to rush to the High Courts with writ petitions. These people have not been granted any relief, and they will still have to approach the High Courts during the lockdown for individual reliefs. In effect, the tax departments could take steps to attach bank accounts or property during this lockdown, and they would not fall foul of any law or direction. Meanwhile, the Government's vague "mechanism", recorded in the Supreme Court order, is yet to be found.

Ironically, the Principal Commissioners of Income Tax of Mumbai and Rajasthan have now written to the CBDT seeking an extension of deadline for completing assessments. The Tax Departments are not working during this lockdown, and it is possible that an announcement extending deadlines for assessments will come in the next few days. If that is done, surely an order covering the issues raised by the High Courts must be considered.

(Swaroop Mami is an advocate of the Madras High Court and a musician.Views are personal).