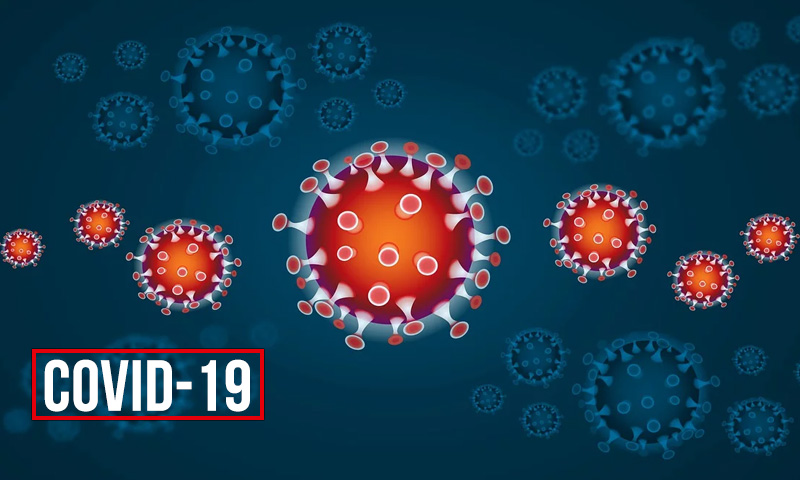 "The coronavirus requires a challenging balance of rights: the rights of the defendant to a speedy trial and a trial by a jury of their peers against the rights of courtroom actors and jury members to their health" - Theodore Wilson, University of Albany's School of Criminal Justice The rapid release of Novel Corona Virus around the globe has put the criminal justice system on...

"The coronavirus requires a challenging balance of rights: the rights of the defendant to a speedy trial and a trial by a jury of their peers against the rights of courtroom actors and jury members to their health" - Theodore Wilson, University of Albany's School of Criminal Justice

The rapid release of Novel Corona Virus around the globe has put the criminal justice system on a halt. Amid this global crisis, an interesting insight emerging from approximately all nations is the slowdown of the Criminal justice system. Fewer arrests, limited trials, the release of low-level offenders from jails and imposition of punishments and penalties on quarantine violators in some parts of the world point towards the same.

The steps to control the massive outbreak are different in each country in various aspects. As a matter of procedure, on 22nd March, the Hon'ble Supreme Court of India, while exercising its plenary power under article 142 extended the limitation period of appeals in all cases where the law prescribes for a limitation period. This is a global report of such developments in the realm of Criminal Justice.

In all parts of the world, due to postponement of all forms of hearings, criminal litigation is at a halt. While the Indian Supreme Court shifted towards online medium for conducting its urgent cases of special importance (both civil and criminal), the US Supreme Court in Washington D. C. had postponed oral arguments which also involved a lawsuit on President Trump's tax returns.

In New Zealand, new jury trials are suspended for two months, considering Covid-19 hit. Chief Justice Dame Helen Winkelmann, in her statement, stated "there is a special onus on the courts to protect the health of jurors who are performing an important civic duty, as the process of empanelling juries involves bringing large numbers of people together in relatively confined spaces. Once empanelled, jurors are inevitably spending significant periods of time in relatively close contact." On the same lines, Saudi Courts have postponed all the hearings. It has been decided that these cases will be prioritized once the courts' resume with parties relevant to those cases notified electronically. A similar approach is being followed in other jurisdictions as well.

"To the extent that we don't do a good job in jails and prisons," Homer Venters, an epidemiologist, says, "we will certainly prolong the life of this outbreak."

Venters is a former chief medical officer, who while responding to the challenges states that "all these terms 'self-quarantine', 'social-distancing' and 'flattening the curve of the epidemic' are unimplementable behind the prison cells. To support his statement he further points out to the fact that "the jails are built to operate this way: big pens, big groups of people coming in. Five, ten, fifteen, twenty at a time going in blocks through cells. They start out in one cell, then they go to a second cell. They might go through six or eight cells. They don't really have hand-washing access built-in. That is basically a system designed to spread communicable disease".

While this may be a general concern, the measures taken in this regard are varying, ranging from releasing the prisoners to pardoning petty offenders. Such measures will prove highly effective in the light of the above observation on prison conditions.

After the first case was reported, of a prisoner tested positive for the virus, more California Countries have started releasing the inmates to protect their jails from possible corona outbreaks. These instances point towards the dangers over-occupied cells carry with them. Quite different from the above-stated instances, Iran freed 85,000 prisoners, more than half of which were political prisoners, after examining the health emergency after Covid-19 outbreak.

Commenting on the status quo, USA's top public prosecutor Rob Sanders stresses on the fact that "while there was a necessity to release more people from jail to stop the spread of COVID-19, his jurisdiction i.e. the US is just not prepared for the aftereffects of the pandemic. In his county, nearly every inmate accused of a nonviolent offence is being considered for release, forcing his team to work on "hundreds of cases at once" and all electronically—something that has never happened in his 21 years in public service, he said. "In a sense, this is like a giant experiment with 'no money bail' because we're releasing so many defendants we usually wouldn't".

For India, it will be difficult to insulate the jails from pandemic with 61,621 inmates over 50 years lodged in 1,399 prisons. The Indian Supreme Court, working on the above lines, has ordered the States to consider releasing some prisoners on parole or on interim bail as appropriate. This has been done to prevent overcrowding in prison cells, so that the spread of the virus may be contained. For doing so, the States are required to devise a plan after the formulation of a high-powered committee. Additionally, as a matter of precaution, Tihar, the largest prison complex in South Asia has decided to release around 3000 inmates in the upcoming days.

As lockdown in the US is expected to last for 10-12 weeks, States have postponed the execution of the convicts, including the State of Texas where Texas Court of appeals stayed its second execution in the last 60 days. While postponing the execution, the Court noted that "the execution should stay at the present in light of the current health crisis and the enormous resources needed to address that emergency"

Professor Douglas A Berman of Ohio State University, after analyzing the continuous delaying executions, observes on his personal blog (dedicated to Criminal Justice), "Upon seeing this new story, headlined "U.S. Coronavirus Lockdown to Last 10-12 Weeks, Top Trump Official Says," I am now thinking it may not be too early to start wondering if one echo effect of this global pandemic could be the functional or formal end to the death penalty in the United States. Texas has already postponed two executions, and that furthers my thinking that there is now a real possibility we might not end up having any more executions in 2020. Moreover, I would be surprised if any new executions get scheduled for 2020 even if some existing executions dates stay in place later in the year. Consequently, the US would seem to now be on pace for its lowest number of executions in nearly four decades."

He further states "As courts struggle to figure out how to keep functioning at all during this period, on-going capital trials should and likely will be suspended (and perhaps resolved via pleas). New capital cases are unlikely to be brought, and I see now a real possibility that we might not end up having any more capital sentences imposed in 2020. This DPIC fact sheet details that we had 34 death sentences in 2019; I will be surprised if we end up with more than 10 in 2020". Although the author cannot comment on the formal end of the death penalty after the end of the global pandemic, such disruptions along with the age-old moral considerations may be taken into account by policymakers in the 21st century.

MEASURES AGAINST QUARANTINE BREAKERS AND EVADERS

Countries are resorting to different penal laws, which are generally not used in common parlance, in order to contain the spread of the virus. Singapore recently issued new regulations under its Infectious Disease Act after charging China couple with the provisions of the same, for giving false information to the MOH Officials. With new regulations coming into effect, various offences under the Infectious Diseases Act (IDA) can now be compounded with the introduction of the Infectious Diseases (Composition of Offences) Regulations 2020, which means people who are guilty of less serious breaches can be fined instead of being charged in court.

A similar course is being followed in other nations as well. In the US, individuals could face fines, criminal charges, and even jail time for breaking quarantine. While in China the punishments are harshest, in worse affected Italy, there are reports which point that anyone despite showing symptoms of the disease if refuses to self-isolate risks being charged with causing injury and being jailed for six months to three years apart from being slapped with a fine. Further, a "careless" coronavirus sufferer transferring the virus to someone can be charged with "intentional murder" and may spend up to 21 years in jail. Similarly, Iran and Hongkong have announced that anyone violating the regulations on the health emergency would be arrested and jailed without warning.

In India, however, even in presence of emergency regulations and penal provisions under criminal code (tough laws), there are very limited cases that report the imposition of penalties or any other means of punishment for non-compliance with health restrictions, despite instances of quarantine violation.

While the adequate measures under various laws are being taken, whether they're of releasing the prisoners, stopping the jury trials and punishing the violators present a never discovered aspect of Criminal justice System around the globe, re-formulation of such laws is mandatory for tackling such crisis situations in future on each corner i.e. penal, preventive and precautionary in nature.

Additionally, as there are reports of ineffective implementation of laws, devising certain rules to manage the instant crisis is the need of the hour. No one operating with a good cause should be punished. As Emily Mooney points out, "No doubt these policies are well-intended but using fines or jail time to punish people who violate public health restrictions should be avoided in all but the most egregious cases as they are likely to disproportionately harm the poor".