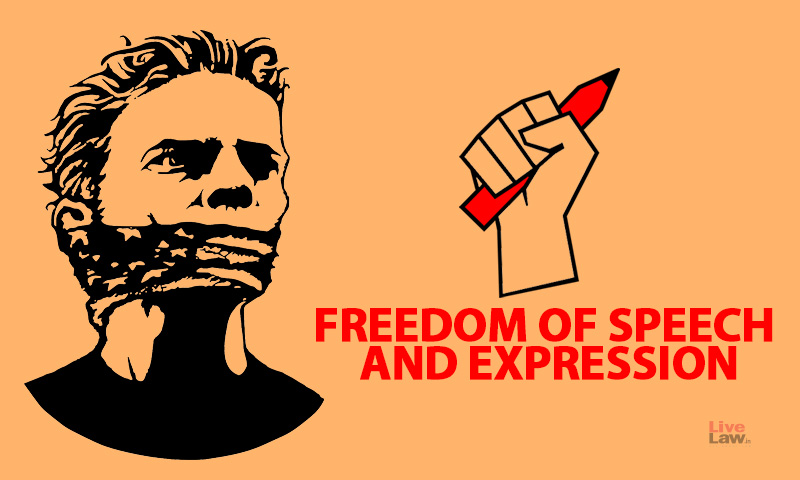 According to Professor Ronald Dworkin, freedom for hate speech or group defamation is the price we pay for enforcing the laws that the haters and defamers oppose. His argument which appeared as a foreword in the book 'Extreme Speech and Democracy' came to be referred to as the 'Legitimacy theory'. It focuses on the significance of free and unrestricted speech in ensuring the...

According to Professor Ronald Dworkin, freedom for hate speech or group defamation is the price we pay for enforcing the laws that the haters and defamers oppose. His argument which appeared as a foreword in the book 'Extreme Speech and Democracy' came to be referred to as the 'Legitimacy theory'. It focuses on the significance of free and unrestricted speech in ensuring the legitimacy of democracy. The expression of opposition must be allowed no matter how foul or vicious the expression is, as otherwise no legitimacy will attach to the laws enacted over their opposition. Therefore, the legitimacy theory does not support a legislation curbing speech or hate speech for that matter. As ruthless and impracticable as this sounds, the underlying argument which denotes the implication of free speech in the democracy is commendable. Contrary to this position, how can legitimacy of a democracy be upheld in a scenario where hate mongering speech is targeting the minorities or the vulnerable? The legitimacy theory still argues that the harm envisaged by restricting hate speech is more than the harm resulting from the hate speech. While enacting a legislation against online hate speech it is this balance of harm that must be kept as the scale.

In Shreya Singhal v. Union of India while striking down Section 66A of the IT Act, the apex court held that "where no reasonable standards are laid down to define guilt in a Section which creates an offense, and where no clear guidance is given to either law abiding citizens or to authorities and courts, a section which creates an offense and which is vague must be struck down as being arbitrary and unreasonable." The recent attempt to amend the Kerala Police Act by inserting 'section 118A' , though withdrawn quickly owing to backlash from public domain, was also filled with the very same but revamped vagueness and arbitrariness of section 66A. These are instances where a legislation restricting free speech went appallingly wrong. As much as free speech must be encouraged and allowed to occupy spaces unhampered by government interference, violence in the online space is increasing now more than ever. We are at the age where social media can be equipped to influence elections, host terrorists and carry out full-fledged wars. This pressure urges the government and law enforcement agencies to push for the formulation of new laws to cater to the dynamic cybercrimes.

It is true to state that repealing of section 66A has created a large gap leaving a section of offences in the cyber space unaddressed. This has left several victims claimless against their abusers. However, even in this period a plethora of unwarranted charges have still been framed against innocents to satisfy political vendetta using the existing sections in the IPC and IT Act. Journalist Prashant Kanojia was arrested over his allegedly 'objectionable tweet' invoking nine sections of the IPC along with section 66 of IT Act, and jailed for a period of 2 months without bail. On the other hand, the police did not act on the complaint of artist Bhagyalakshmi and two other women against a sexist/misogynist/hate mongering cyber bully. When a complaint was finally registered it was under minor bailable provisions of the IPC which triggered the aggrieved women to retaliate against the accused in their own terms. Incongruously, the women were later denied bail by the lower court for taking law into their own hands. It seems ironical that the lacunae in laws are only operating against the victims or persons whom a hate speech legislation proposes to protect. But to serve the state's political interests by framing fabricated charges the existing laws are more than sufficient. As both the above instances create victims, it shows us the overlapping rights and wrongs of the legitimacy theory. Therefore, while legislating a cyber law to curb hate speech the framework must clearly stipulate the speech it does not seek to curb before laying down its objectives of restricting free speech.

Specifying the limits, objectives and boundaries of the legislation, clearly defining the offences, its ingredients, and applicability are points to be considered before coming up with cyber laws restricting speech. Another vaguely worded provision complementing the existing diaspora of widely misused laws will be a threat to the constitutional ethos. It is also pertinent to understand and address the fundamental issues of the cyberspace which creates a hostile environment. For example, it is the anonymity on internet which often triggers herd mentality and wakes the inherent character deficiencies in human beings. In an article published in 2016, Prof. Walter Isaacson had proposed a future model of internet which can create a 'voluntary' system of verified identification and authentication which is capable of addressing these issues of anonymity. It is undebatable that cyber space has already become our present and future, and any solution that seeks to wholly address the issues on cyber space must start from its roots.

Therefore, a holistic approach must be adopted for creating safe spaces online with the cooperation of different stakeholders. Creating a constitutionally sound legislation upholding the international standards of human rights is one of its important aspects. Such an approach will not only facilitate the free flow of communication, but also strengthen the legitimacy of democracy by encouraging the non-interference of government in free speech and expression.

(Author is a practicing Lawyer at the Kerala High Court)