Breaking: Controversial Section 118A Of Kerala Police Act Will Not Be Implemented: CM Pinarayi Vijayan 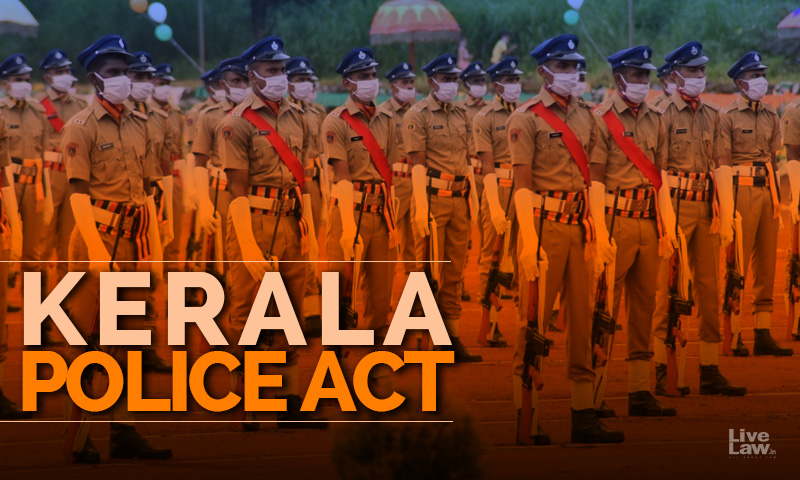 The Chief Minister of Kerala, Pinarayi Vijayan, has announced that his Government will not implement the controversial provision— Section 118A of Kerala Police Act, 2011 in its present form. Delete [Breaking] Controversial Section 118A of Kerala Police Act Will Not Be Implemented: @CMOKerala @vijayanpinarayi— Live Law (@LiveLawIndia) November 23, 2020 The Minister clarified that...

The Chief Minister of Kerala, Pinarayi Vijayan, has announced that his Government will not implement the controversial provision— Section 118A of Kerala Police Act, 2011 in its present form.

The Minister clarified that the provision was introduced to address the unwarranted harassment faced by individuals, especially women and transgender community, on social media. However, since the provision, inserted by way of an Ordinance, was met with massive criticism, a fresh decision thereof will be taken after a proper discussion in the State Assembly.

"The government decided to bring amendment to Kerala Police Act ( 118 A) in order to curb the false allegations made through social media and otherwise which essentially questions the liberty and constitutional dignity of persons.

There are many complaints from different corners of the society against this defamatory, false and sleazy propaganda. The attacks are made against women and transgenders without any basis and this has created considerable protests in the Society. The same even have affected the families and victims are even led to suicide. Even media owners requested to have some law against such attacks. That was the context for bringing such an amendment.

When the amendment was notified, there are varied kinds responses from the society. Doubts were raised by those who are supporting the left democratic government and those who are standing for protection of democracy. Hence it is decided not to implement this notification. Appropriate actions will be taken only after a detailed discussion in the assembly, after hearing all the parties.

It is requested that people who are engaged in making false allegations, be restrained and cautious form making such allegations which are not in tune with the personal Liberty and humanity," a press note issued by the Chief Minister states.

The cognizable and bailable offence of intimidation, defamation, or insulting of any person through social media, was inserted in the Kerala Police Act, 2011 by way of an ordinance on Saturday.

The move was met with massive criticism from various quarters and was labelled as threat to free speech.

"Section 118A is an attempt to resurrect the same approach to regulation of free speech that had been declared to be unconstitutional by the Hon'ble Supreme Court in Shreya Singhal. Many of the expressions used in Section 118A are only cosmetically different from the expressions which were already considered and rejected as vague in Shreya Singhal," a petition filed against the provision before the Kerala High Court stated.

The provision was also said to be an attempt to circumvent the Shreya Singhal judgment, whereby the Supreme Court had held that Section 118(d) of Kerala Police Act (a similar provision) violated right to free speech under Article 19(1)(a) of the Constitution of India.

In Shreya Singhal judgment, the Supreme Court had held that Section 118(d) violated Article 19(1)(a) of the Constitution of India. The offence of 'causing annoyance in an indecent manner' suffers from the same type of vagueness and overbreadth, the court had observed while striking down this provision as unconstitutional. The court had, however, rejected the challenge against the provision on the ground of legislative incompetence. The penalty created for causing annoyance in an indecent manner in pith and substance would fall within Entry 1 List III which speaks of criminal law and would thus be within the competence of the State Legislature in any case, it had said.

The Kerala cabinet had however made a recommendation to the Governor last month, to introduce Section 118A, so as to ameliorate the concerns about the increasing incidents of crimes perpetrated through social media.

"The existing laws are found to be insufficient to deal with such crimes, especially after the Supreme Court struck down Section 66A of the Information Technology Act and Section 118(d) of Kerala Police Act," it had said earlier.