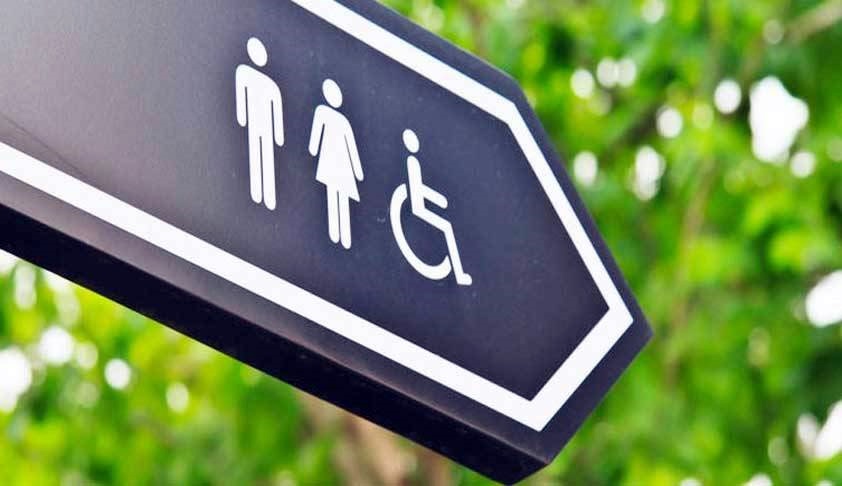 In the first part, we identified a person's autonomy and substantive equality within the contours of human dignity principle. In this piece, we will see how this substantive equality is actually achieved vis-à-vis disabled people. Reasonable accommodation According to T Degener, disability should be considered for changing the environmental or social life in order to grant...

According to T Degener, disability should be considered for changing the environmental or social life in order to grant genuine access and inclusions. He used the term "reasonable accommodation" to denote such actions. Disabled people do not constitutes a homogeneous group. Presence of different disabilities requires different measures. Thus, the promotion of equality or reasonable accommodation can be achieved when an individual is put at the centre i.e. the different needs are recognized. The principle of reasonable accommodation, derived from substantive equality, is an individualised concept as opposed to affirmative actions which are general in nature.

Reasonable accommodation has been recognised, though not directly, in Indian common law jurisprudence. The 1995 Act provided provisions asking the states to take necessary steps to facilitate education, employment and accessibility of services. Article 21A of the Constitution is framed in a universal language implying that disabled people have the right to study in "traditional" schools with able bodied people i.e. inclusive education. Thus, the Act casts an obligation upon the state. This right to inclusive education was recognised by the US Supreme Court in Brown v Board of Education. Failure on the part of the state to provide inclusive education was held to be 'inherently unequal" thus violative of equality principle.

In Social Jurists, A Civil Rights Group v Govt of NCT of Delhi, the Delhi High court ruled that it was obligatory on the state to ensure accessible education. Similarly in Ranjit Kumar Rajak v SBI, the petitioner was declared to be medically unfit for employment as an officer in SBI despite being able to perform the required duties after his renal transplant. SBI contended that it would have to bear his monthly medical expenses which would be substantially high. The Bombay HC rejected SBI's argument and ordered it to appoint the petitioner as well as provide him "reasonable accommodation" in the form of his medical expenses. The court went ahead to hold that "reasonable accommodation" could be read into Article 21. The above discussion shows how the court traced "reasonable accommodation" to Article 21 which encompasses human dignity.

A broad reading of the National Federation of Blind v Union Public Service Commission would also reveal that the primary duty of the state was to provide structural changes that help the physically handicapped to become self-supporting active members of the society.

The Supreme Court used a medical model of disability in Surendra Mohan. Feldblum explains the medical model as, "impairment being the cause of experience and disadvantage of the PwD and impairment as the focus of the intervention. Person's impairment/limitation is the root cause for any disadvantage which can only be treated." People beyond 50% disability were considered to be disadvantaged and incapable because of the degree of their impairment.

The social model of disability shifts focus from impairment to the "disability" itself. The term "disability" is used to connote the disabling social, environmental and attitudinal barriers rather than the lack of ability. According to the social model, the disabled people don't face disadvantage because of their impairment but are disabled by society and its economic, social or legal structure. Society creates disability by accepting an idealised norm and by measuring deviation from this ideal norm. Social model of disability advocates for accommodation of societal barriers and eradication of ideal norms which are inherently discriminatory to the disabled. The stereotypes and prejudices carried by the society along with the failure to provide an accessible environment constitute the component of this disability. Thus, the notion of discrimination is key in this model.

The "disability" can be removed only when we opt for the social model as it is a tool to achieve substantive equality.

It can therefore be argued that according to the social model, loss of opportunity resulting from failure to implement reasonable accommodation which affects the person's autonomy or freedom to make certain choices is what constitutes disability. Additionally, the failure to reasonably accommodate disabled persons results in failure of substantive equality and thus, violates human dignity. Therefore when J. Chandrachud says that "...human dignity has no exception", he is right and thus a natural corollary is that "social model of disability has no exception". The eligibility threshold of 50% took away the autonomy of individuals to be a judge. The limit was discriminatory on two folds; firstly, it was against the principle of substantive equality and, secondly, the eligibility discriminated between disabled people without any intelligible differentia, thus, ignoring the reasonable accommodation principle.

The tales of successful disabled judges are already well documented. Richard H. Bernstein ,the first visually impaired judge of Michigan, provides a vision into the life of a visually impaired judge and argues that people with disability make for good judges. His argument should not be looked at as binary but through a lens of diversity which ensures a greater empathetic bench as diversity is a guarantee for the principle of equality.

The social model clearly didn't form part of the 1995 Act (if the 'person with disability' is to be interpreted literally). However, other facets discussed in the article were part of the 1995 Act or Constitutional obligation that the court chose to ignore. The court also chose to ignore the Convention of Rights of Person with Disability (CRPD) which casted an obligation on Indian state to realise it in word and spirit. In Suchita Srivastava & Anr. v Chandigarh Administration SC observed that India has ratified the Convention on the Rights of Persons with Disabilities (CRPD) on October 1, 2007 and thus, the contents of the same are binding on our legal system.

It is quite ironic that the SC relied on rules made under the RPD Act to interpret the intention of rule making authority for prescribing the 50% criteria but ignored the RPD Act for all other purposes [see Surendra Mohan para 32]. While upholding the 50% cap, SC was being too shortsighted in its approach. This is visible from the ramification of the ruling i.e. Persons above 50% will be ineligible and people below 40% won't qualify as "Person with Disability" (under 1995 Act). Thus, only a miniscule population falling within this 10% bracket can only hold a position of a civil judge. In this fashion, the j udiciary was itself a victim of the stereotypes and prejudices against disabled people

SC not just set a bad law that was to be followed by lower courts thus, making them reluctant to develop the disability jurisprudence [most recently: See Delhi HC decision in Bhavya Nain v High Court of Delhi], but also stripped many lawyers/law students (including me) of their human dignity.

Lastly, I would like to cite an instance for the courts to ponder. When Universal franchise was being discussed in the Constituent Assembly, it was proposed that suffrage should be made contingent on literacy. However, our Assembly never countenanced the idea of limiting suffrage. Rather it believed that instead of limiting the suffrage, the challenge was to resolve the problems posed by universal suffrage. They acknowledged the seriousness of the problems. (emphasis intended)