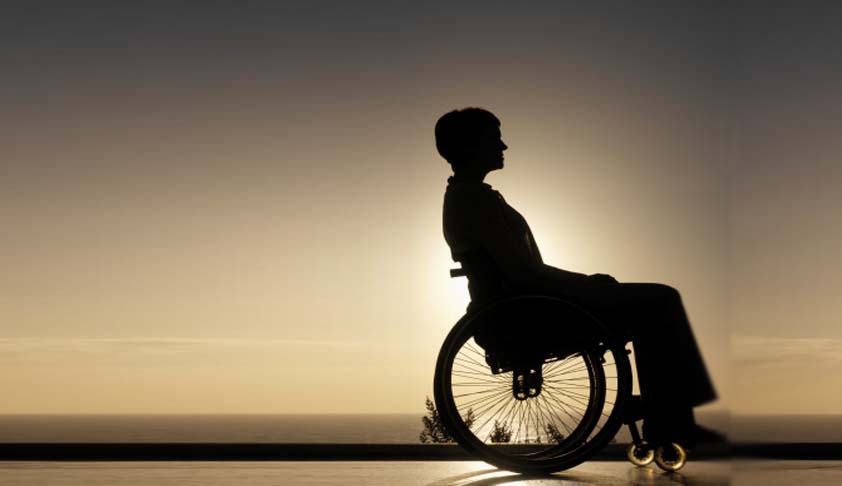 x
It is not sufficient to provide reservation to disabled people, but there is a requirement to also make all efforts that this reservation is meaningful.

Recently, Justice DY Chandrachud was speaking on the topic of "Future of visual courts and Access to justice." He was posed with the question of how Persons with Disability (PwD) will be enabled in the post COVID-19 e-court era. The question was asked in light of the Supreme Court's (SC) judgment of January 2019 (Surendra Mohan v State of Tamil Nadu) wherein it held that a...

Recently, Justice DY Chandrachud was speaking on the topic of "Future of visual courts and Access to justice." He was posed with the question of how Persons with Disability (PwD) will be enabled in the post COVID-19 e-court era. The question was asked in light of the Supreme Court's (SC) judgment of January 2019 (Surendra Mohan v State of Tamil Nadu) wherein it held that a person suffering from more than 50% visual or hearing impairment will not be eligible for appointment of a civil judge.

Justice Chandarchud remarked that "...there is no exception to human dignity that excludes visually impaired". Unfortunately, he didn't specify this human dignity aspect nor made any further remark. In this two part series, I will try to dive into facets of human dignity and bring forth the jurisprudence vis-a-vis disability. According to this jurisprudence, the "social model" of disability is a by-product of this human dignity. Thus, SC should have determined the validity of the eligibility criteria in Surendra Mohan at the altar of these principles. SC, however, failed to take cognisance of this model. The Author will trace the origin of the social model within the contours of human dignity principle and establish the linkage between the two which should have made it mandatory for the court to adopt in Surendra Mohan.

There is a caveat attached herein that the Right of Person with Disabilities Act 2016 (RPD Act) now enshrines discussed facets/principles within its folds. RPD Act is one of the most comprehensive welfare & anti discrimination legislation. However, since the piece is a remark on misplaced application of constitutional principles in Surendra Mohan wherein Person with Disability (Equal opportunities, protection of rights and full participation) Act 1995 (1995 Act) was applicable, I shall not resort to RPD for building up my arguments.

Before proceeding to the discussion it is imperative to cite the facts and ruling in Surendra Mohan for readers' convenience.

"Not eligible to be judicial officer"

In 2012, Tamil Nadu Public Service Commission (TNPSC) was asked to fill up the vacant posts of civil judges. The TNPSC in consultation with the State government and High Court of Madras, prescribed that only partially blind/partially deaf will be eligible. The percentage for such partial disability was prescribed to be 40-50%.

Surendra Mohan was a practising advocate who was 70% visually impaired. He cleared the prelims and mains examination and was allowed to appear for viva voce. But later, the Madras HC found him ineligible. An appeal was brought before SC which turned a bad judgment into a bad law. SC over-emphasised on the constitutional/statutorily competence of state and HC to come up with such eligibility criteria without realising that the identification of posts for disabled people are governed by the stereotypes and prejudices against such people. It failed to adjudge a wider question of "Whether such eligibility is constitutional?" SC however sums up its understanding in latter part of its judgment which I will reproduce here;

"A judicial officer in a State has to possess reasonable limit of the faculties of hearing, sight and speech in order to hear cases and write judgments and, therefore, stipulating a limit of 50% disability in hearing impairment or visual impairment as a condition to be eligible for the post is a legitimate restriction i.e. fair, logical and reasonable....". (para 45)

"Freedom of choice: An aspect of human dignity"

14. Equality before law - The State shall not deny to any person equality before the law or the equal protection of the laws within the territory of India Prohibition of discrimination on grounds of religion, race, caste, sex or place of birth

SC has interpreted "right to life" under Article 21 as "right to life with dignity". Human life is not mere animal existence but includes everything that makes this life meaningful. At the centre of this lies the personal autonomy to make such choices for a meaningful life. In the words of Justice AK Sikri, "personal autonomy is respected at the touchstone of human dignity". An act, direct or indirect, interfering with the autonomy to chose will amount to tampering with the human dignity quotient. In Navtej Johar this personal autonomy was spelled out and upheld. State's actions affecting making of choices was thus held unconstitutional.

Similarly in KS Puttaswamy v Union of India (2017) SC identified intrinsic and instrumental value of dignity. In its instrumental facet "dignity and freedom are inseparably intertwined, each being a facilitative tool to achieve the other. …"(para 298) (emphasis intended)

This personal autonomy coupled with Puttaswamy's freedom aspect leads us to the conclusion that every individual possess the right to make a choice of a profession or freedom to practice a profession. The latter part is recognised in Article 19(1)(g). An exclusion direct or indirect from exercising this freedom hinders with advancement of human dignity. Thus, as an aspect of human dignity is identified as a part of constitutional value, judges have the duty to develop it (Aharon Barak's two roles of human dignity as discussed in Common Cause [2018]).

Lawson[1] wrote that "a commitment to respect for human dignity requires a focus not on sameness or identical treatment but on individual flourishing." Thus, respect for dignity will require treatment which is different rather than treatment which is identical (substantive equality). This dignity approach as an aspect of equality was affirmed by SC in Amita v Union of India, wherein the petitioner was denied the opportunity to write the examination for a post of a Probationary Officer in a bank, only on the ground that she was visually impaired. Interpreting the right to equality guaranteed under Article 14, the SC held that the State has the obligation to take necessary steps so that every individual is given equal respect and concern which she is entitled to as a human being.

Disability doesn't find mention in our equality code (Articles 14, 15 & 16 of the Indian Constitution). Strangely it finds mention, though indirectly, only in Article 41 (Directive Principle of State Policy). Our courts have adopted the substantive equality approach as the concept of formal equality will be inappropriate because the PwD are not similarly situated as abled body persons.

Lawson[2] explains this approach as "differences arising from factors such as disability be acknowledged & to illicit treatment levels where identical treatment would cause disadvantage." The approach looks beyond measures to curb discrimination and requires additional steps to remove the disadvantage that the group may be facing due to past discrimination and historical exclusion. SC, while deciding Surendra Mohan failed to realise that disabled people have been historically excluded from social, economic and political activity. These "disadvantages" have been in the form of lack of education, employment & social interaction or absence/lack of means to access them.

The de facto equality will be achieved by accommodating the differences of the disadvantaged group, i.e. the disabled persons. The affirmative actions taken to remove the social and historical exclusion in providing them equal opportunity is not the sole obligation but there is also a need for affirmative action in promoting the concept of equality (taking proactive structural changes to further aims of the equality agenda).

It is not sufficient to provide reservation to disabled people, but there is a requirement to also make all efforts that this reservation is meaningful i.e. disabled people are able to discharge the responsibilities as efficiently as their peers. This meaningfulness can be achieved when sufficient measures are put in place to remove societal and structural barriers, allowing disabled and non-disabled persons stand on equal pedestal. This would require taking additional steps (reasonable accommodation of disability) to remove the barriers that prevent disabled for attaining such equality.

In the second part, we shall see how this reasonable accommodation principle is derived from this substantive equality and how social model of disability is a by- product of our analysis. In the second part Author will also offer few concluding remark highlighting the current situation.