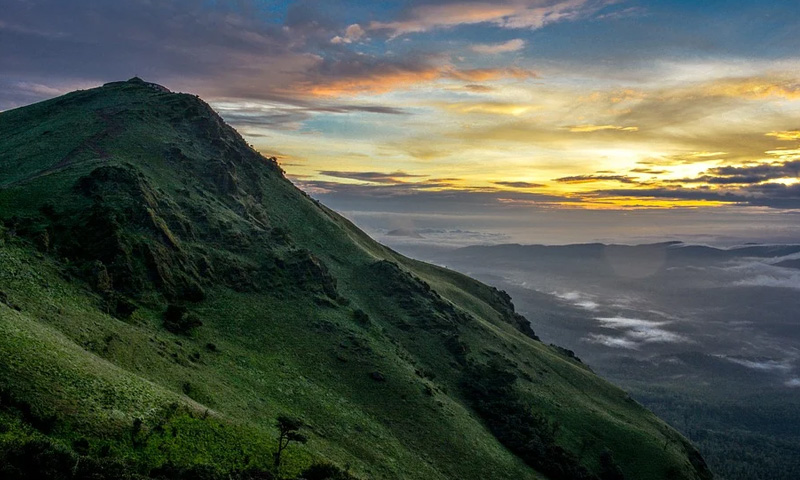 The Ministry of Environment, Forests and Climate Change (MoEF&CC) has published the draft Environment Impact Assessment Notification, 2020 to replace the existing Environment Impact Assessment Notification, 2006. Several crucial dilutions have been introduced which have drawn sharp criticism from various quarters. One such controversial dilution is the introduction of an avenue to obtain "post facto environmental clearance" under clause 22 of the draft notification. While the present law mandates that projects should obtain environmental clearance prior to commencement of any activity, Clause 22 provides a mechanism for projects that are in violation of this requirement to subsequently obtain a clearance and regularize by obtaining a "post facto clearance".

In an interview in the Deccan Heraldpublished on 14.09.2020, the Union Environment Secretary R.R.Gupta justifies post facto environmental clearance by comparing it to "pollution under control" certificate of a motor vehicle. This in effect amounts to comparing the environmental impact of large, red category polluting industries, mines and dams to the emissions from a motor vehicle. References have also been made to the penalty clause and the process of obtaining post facto clearance etc. to conclude that the government is committed to maintain the balance between environment, development and employment. These typical justifications in favor of post facto environmental clearance ignore the evolution of the law governing prior impact assessment and clearance, and the rationale behind it and merely indulges in scare tactics by providing a false choice between strict implementation of the law and development and employment The MoEFCC and their masters are obfuscating the legal context to this issue by selective references to Court decisions and previous orders of the MoEF & CC.

Why should assessment and clearance be prior?

The very purpose of conducting an impact assessment and subjecting the project to appraisal by an authority is to ensure that the anticipated impact of the proposed activity can be studied, and assessed in light of scientific reports, applicable laws and public opinion before such activity is commenced. Once land is converted, construction commences or any steps are taken towards altering the status quo at the project site, the baseline environment is altered and damage to the environment has already been caused. This is more so in the case of projects that have already commenced operations.

Recognising these aspects and the impact of human induced development has on environment and ecology, the mandate to assess the environmental impact of a proposed activity became a recognised principle of environmental jurisprudence. The World Charter for Nature (A/RES/37/7), adopted by the General assembly of the United Nations on 28th October 1982 proclaims in principle 11 that activities that pose a significant risk or disturb nature shall be preceded by an exhaustive examination and assessment of their consequences; environment impact studies should also be conducted sufficiently in advance. The Rio declaration, 1992 in principle 17 prescribes that Environmental impact assessment be undertaken for proposed activities.

The requirement to obtain prior environmental clearance has thus been in force for a period of 26 years. Every project has to be appraised through the detailed stages provided under Clause 7 of the 2006 notification involving filing of an application providing detailed information, issuance of reference on consideration of the project, conduct of EIA studies to assess the impact of the proposed activity, subjecting the project to public scrutiny, exhaustive appraisal of the project by sector specific expert appraisal committees where further studies might be sought, recommendation of the project for grant of clearance, application of mind by the clearance granting authority before grant of clearance and issuance of clearance imposing conditions for compliance during both construction and operation phases of the project. Only after it passes muster and tests at every stage can the project be commenced.

Thus, the legal protection against indiscriminate commercial exploitation of nature is not merely the requirement to obtain an environmental clearance document but the process to obtain such clearance. Post facto consideration of proposals for clearance reduces this process to a formality. Environmental clearance after prior assessment of impacts is a substantive requirement and not merely procedural. Those advocating in favour of post-facto approvals miss this fact.

On 5.11.1998, the ministry first attempted to provide for grant of post facto environmental clearance providing time till 31.03.1999. It justified the circular stating that many units had not applied for clearance "genuinely out of ignorance". A second circular issued on 27.11.2000 extended time for applications till 30.06.2001 stating that applications "are still coming in". A third circular dated 14.05.2002 extended the deadline to 31.03.2003 so that "defaulting units could avail of this last and final opportunity to obtain ex-post facto environmental clearance".

The MoEF&CC thereafter issued office memoranda dated 16.11.2010, 12.12.2012 and 27.06.2013 providing for grant of post facto environmental clearance. The National green tribunal (Principal Bench) in S.P.Muthuraman Vs. Union of India [ OA No. 37 of 2015 dated 07.07.2015] quashed these office memoranda holding that prior environmental clearance requirement under the 2006 notification was mandatory.

On 14.03.2017, the MoEF&CC issued a notification providing yet another opportunity for projects or activities in violation to obtain post facto clearance within a period of 6 months. In a challenge to this notification before the Madras High Court in W.P. 11189 of 2017, the MoEF&CC undertook that this notification was strictly a one time measure and will not be repeated. The Madras High Court recorded this undertaking and disposed of the case. This should have ideally drawn the curtains on the post facto clearance regime. The introduction of clause 22 is not only in contempt of the judgement of the Madras High Court but also indicative of the fact that the MoEF&CC has no intention to strictly implement the law governing prior environmental clearance.

Is clause 22 of the 2020 Draft Notification environmentally viable ?

Clause 22 (1) envisages four circumstances under which projects / activities set up without prior environmental clearance can come to the Ministry's notice. Whenever such violation comes to the notice of the Ministry, instead of ordering closure, the clause now rewards the violator by providing an opportunity to regularize the illegality.

Under clause 22 (2), the appraisal committee is expected to only ascertain whether there exists any legal prohibition for the location of the offending project/ activity at the site where it has been illegally constructed / commenced. The environmental suitability of the site, its unique atmospheric conditions such as mixing height etc. consideration of alternative sites that would have been possible, save for the fait accompli presented are concerns that are no longer relevant. In our country, very few areas are notified as no-go, the question of a large industry being located in a legally impermissible site is unlikely to arise. Effectively, none of the violations will be rejected at this stage. This conclusion is also supported by the fact that in 26 years of issuing clearance, the ministry has not rejected proposals for inappropriate siting and clearance has been issued for projects even in ecologically sensitive areas.

Clause 22 (3) to (7) & (10) to (13) assumes that any and all damage caused can be solved by remedial measures. This fundamentally flawed assumption is contrary to the precautionary principle, principles of sustainable development and intergenerational equity, which have been recognized as part of the law of the land. Damage to groundwater, for instance, is irreversible as is the loss of habitat of endangered or endemic species The point of environmental laws is to ensure that damage is averted at the planning stage. Where the impact is unacceptable, the activity itself is avoided.

Futility of EIA reports in the post-facto process

Much has been said about the fact that an EIA is still required for these "violation" projects. A post facto impact assessment is a futile exercise. It will not be able to study baseline environment before the project / activity or contemplate a no project scenario.

The poor quality of EIA reports and the lack of diligence in appraisal is legendary and even attracted critical mention by the judiciary numerous times. Till date not a single EIA, EMP report has been submitted by a consultant finding the proposal unviable. Public consultation is a saving grace because at least then, the public have an opportunity to expose lacunae and raise concerns that should be addressed in the process. That is not the case in post facto consideration.

Penalties and prosecutions are no deterrents for violators

Clause 22 (8) (9) provides for the levy of a "late fee" by the MoEF&CC from violators at a fixed rate per day. A maximum of 10,000 INR is fixed for a category A project and assuming a period of one year is the violation period, a sum of Rs. 36,50,000 INR will become payable. For a 1600 MW coal fired thermal power plant costing around Rs. 12,500 crores as an example, this amount is insignificant. Even for a building and construction project, this amount is hardly a deterrent.

Clause 22 (14) prescribes that action will be initiated under the Environment (Protection) Act, 1986 to prosecute violators. In 34 years that environmental violations have constituted an offence under the Environment Protection Act, the number of violators who have been prosecuted and punished for violation of the law is nil. The 12/12/2012 OM as a part of the procedure to consider post facto approval required the violator to submit a statement acknowledging the violation and an undertaking that such violation will not be repeated. Even armed with such admissions from the violators, no successful prosecution has taken place till date.

In the last 25 years, no application for post facto environmental clearance has been rejected. None has resulted in closure of an industry.

The 2020 Draft notification provides a unique opportunity to project proponents. It makes more sense for a project proponent to alter the proposed site of an industry or activity to suit requirements, commence activity and then approach the Ministry for clearance. The money invested, employment provided and all such extraneous factors to considering the environmental viability of a project suddenly become the most relevant questions to be considered, acting in favour of the violation.

The illegality of post facto environmental clearance has never been in doubt. The+Supreme Court declared in Common Cause vs. Union of India [ 2017 (9) SCC 499] that "the concept of ex-post facto or retrospective EC is completely alien to environmental jurisprudence including EIA 1994 and 2006". In Alembic pharmaceuticals case [Civil Appeal No: 1526 of 2016 dated 01.04.2020] the Supreme Court even explains lucidly why such post facto clearance should not be the norm. Faced with fait accompli situations, the principle of sustainable development has been used effectively to safeguard violations. It is surprising that in the quest to balance "development" and environment, the scale never tilts in favour of the environment. Doctrine of proportionality works disproportionately in favour of the violator.

EIA 2020 and its provision for post-facto environmental clearance is not just anti-environment. It is anti-development. The climate crisis and spectre of ecological collapse is real. It is paramount that we reduce our environmental footprint. Strict implementation of environmental laws will force project proponents to comply with the law. As long as a backdoor is available, expecting implicit compliance with this law is a pipedream.

In Indian Council For Enviro-Legal Action Vs Union of India and Others 1996(3) SCALE 579, the Hon'ble Supreme Court observes that Enactment of a law, but tolerating its infringement, is worse than not enacting law at all. Perhaps, the enactment of a law and diluting it to the point of redundancy is far worse than tolerating the violation of the law.

(The author is an advocate at the Madras High Court. He may be reached at [email protected])