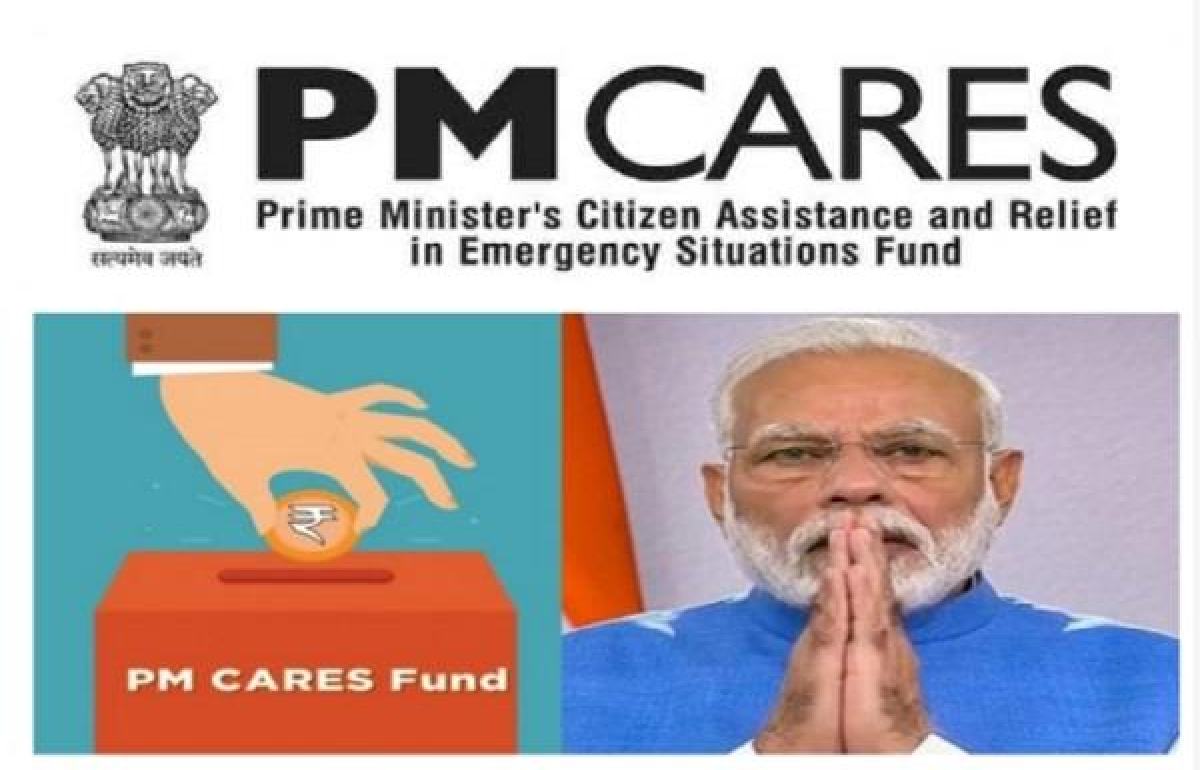 Among all the departments of the government of India, one might consider the ministry of corporate affairs the least political of the lot. Despite a benign sounding name and a mostly technical mandate to regulate the corporate sector, it's recent decision to funnel all CSR donations away from State and CM funds, solely to the PM Cares Fund, has given it a disturbingly political...

Among all the departments of the government of India, one might consider the ministry of corporate affairs the least political of the lot. Despite a benign sounding name and a mostly technical mandate to regulate the corporate sector, it's recent decision to funnel all CSR donations away from State and CM funds, solely to the PM Cares Fund, has given it a disturbingly political tinge.

But even keeping the 'political' aspect of their decision aside, the consequences that will follow are both dangerous and unconstitutional.

The background is that on the 10th of April, the Ministry issued a bizarre list of FAQs (Frequently Asked Questions) on the issue of 'Corporate Social Responsibility' donations defined under Section 135 of the Companies Act, 2013.

I term this FAQ bizarre, because without really revealing who was asking these 'questions' 'frequently', the MCA goes on to amend the very law itself and in doing so disqualifies the State and CM Covid funds from being able to receive a single rupee in CSR donations. As a result, industrial houses and large corporations have completely stopped contributing to local Covid relief efforts.

This is dangerous and deeply problematic because India is now entering its most critical phase in the Covid-19 fight, and now more than ever, optimum resource mobilization by local government will determine whether lives are saved or lost.

Besides, policy experts all over the world have explained that the fight to contain Covid is necessarily a decentralized fight. By disincentivizing the private sector from assisting state governments, these funds will now have to be rerouted from the Union to the various State Governments, if at all, thus delaying and weakening India's overall ability to equip frontline health and sanitation workers.

But even more disturbing than the practical implications of this faulty policy directive, is the fact that it is patently illegal and unconstitutional.

I say this because no executive agency can amend a legislation in this manner, that is to say by shooting out a 'question and answer' circular, and in any case, it cannot maul a provision to the extent of nullifying its mandate. This is capriciousness of the highest order and does not auger well for India's ease of doing business reputation.

Consider the construction of the provision itself, which leaves no room for any confusion:

Section 135 of the Companies Act, 2013 defines spending under the head of corporate social responsibility. It requires, by force of law, certain companies to commit at least 2% of their net profits towards local philanthropic and charitable activities. These activities are specifically listed in the accompanying Schedule VII which lists 12 items, and include subjects ranging from the promotion of public and preventive healthcare to disaster management and relief activities. The last item in the list, disaster management, was added by the statutorily prescribed Notification route on 30/05/2019.

And most important, the proviso to Section 135, akin to a condition, mandatorily requires that a company "shall give preference to the local area where it operates, for spending the amount earmarked…"

Given that the language of this statutory provision is as clear as it is, there is absolutely no scope for any confusion. A company, by law, has the autonomy to commit its CSR funds to any activity listed in the accompanying schedule. 'Public and preventive healthcare' and 'disaster management', which are listed under Schedule VII, would most certainly include Covid-19 relief efforts.

In fact, the fumbling Ministry itself confirms this to be true. In its General Circular 10 of 2020, issued under the name of the Joint Secretary Gyaneshwar Kumar Singh, it clarifies that funds spent on activities related to Covid-19 would constitute CSR spending. Confirming the already clear intent of the provision, the circular then goes on to refer to an earlier circular from 2014, which states that activities under Schedule VII "are broad based and may be interpreted liberally for this purpose."

This General Circular 10 of 2020, was then followed by another Circular dated 28.03.2020, also by Singh, which clarified that contributions made to the PM CARES Fund were eligible CSR activities. In my opinion, and from a strictly legal perspective, this too was impermissible in law, and which I shall explain in a moment.

However, it is the last circular, in the form of FAQs, issued on the 10th of April, which reveals the true intent of the Ministry. Interestingly, the Joint Secretary does not issue this Circular – it is signed by a far junior and relatively inconsequential bureaucrat. This circular not only reaffirms the earlier 'clarification' that the PM CARES Fund shall qualify as CSR expenditure, but mischievously disqualifies contributions to the Chief Minister and State Relief Funds as admissible CSR expenditure. Notably, and it bears repeating, this amendment is brought in via FAQs, not a notification or amendment.

This is completely illegal for two simple reasons.

First, 'general circulars' are in the nature of explanatory/clarificatory departmental notes, and do not carry the force of subordinate legislation. Hence the Circular cannot exclude activities explicitly listed under Schedule VII of the Act. Moreover, the method of amending Schedules of the Companies Act as stated under Section 467, requires the issuance of a 'notification' and not a 'circular.' Don't forget that the Ministry had issued a Notification, in the proper way, when it wanted to amend Schedule VII last year. And, even assuming for a moment that the Circular is akin to a piece of subordinate legislation, comparable to a notification, it still cannot supersede plenary legislation. For this reason, the Circular is ultra vires the Companies Act, and therefore illegal.

Second, and equally important, is that the Circular makes an arbitrary distinction between two identical public entities created for the same statutory purpose, the PM CARES Fund and the State Funds – to fight Covid-19. This is violative of Article 14 and thus unconstitutional.

Compulsory CSR was introduced by Parliament with the clear intent that industry would support local measures for sustainable development; for its workers, their families and the local communities where they lived. The MCA's Circular is a total negation of that objective and will weaken India's ability to fight the deadly pandemic.
Views Are Personal Only
(Author is Practicing Lawyer At The Supreme Court of India)
Next Story
Similar Posts
+ View more
Webinars
+ More
Law Firms
+ More
Latest News
+ More
लाइव लॉ हिंदी
+ More
International
+ More
Environment
+ More