The great constitutional theorist A.V. Dicey said about the Habeas corpus writs that while they "declare no principle and define no rights, but they are for practical purposes worth a hundred constitutional articles guaranteeing individual liberty" The Supreme Court of India in 1966 said "This writ has been described by John Marshall, C.J., as "a great constitutional privilege"....

The great constitutional theorist A.V. Dicey said about the Habeas corpus writs that while they "declare no principle and define no rights, but they are for practical purposes worth a hundred constitutional articles guaranteeing individual liberty"

The Supreme Court of India in 1966 said "This writ has been described by John Marshall, C.J., as "a great constitutional privilege".

An eminent judge observed "there is no higher duty than to maintain it unimpaired". It was described as a magna carta of British liberty…. The history of the writ is the history of the conflict between power and liberty. The writ provides a prompt and effective remedy against illegal restraints. It is inextricably intertwined with the fundamental right of personal liberty."

"It has through the ages been jealously maintained by the courts of law as a check upon the illegal usurpation of power by the executive at the cost of the liege." – Lord Birkenhead

The aforementioned comments are about the remedy known as Habeas Corpus or 'bring the body' – a writ issued by a court to the detaining authority demanding that the person being detained be produced before the court . The remedy which has its origins in England is widely acknowledged to be a powerful bulwark against illegal detention.

How 'jealously' has this check been maintained by the Supreme Court in India when the going got tough? In the halls of the apex court, what has been the fate of this 'conflict between power and liberty'?

The last time a state of emergency prevailed over India (formally proclaimed by the government of the day), the question of whether the remedy of Habeas Corpus would be available during the period that the state of emergency continued. The court by a Majority of 4-1 answered that it does not. Justice H.R. Khanna famously dissented, Justice Mirza Hameedullah Beg infamously observed that: "We understand that the care and concern bestowed by the state authorities upon the welfare of detenues who are well housed, well fed and well treated, is almost maternal". All this is well known.

The nature of 'care and concern bestowed by the state' is best illustrated through a story which isn't equally well known and one which deserves telling over and over again. A student named P. Rajan went missing during the emergency. Thanks in great part to the apex court's judgment it was impossible to find out the whereabouts of any missing person during that period.

After the emergency was lifted, his father T.V.E Warrier fought a long and hard battle to ascertain whether his son was indeed being subjected to the maternal, well fed treatment of the State and finally discovered that he was detained by the police, brutally tortured and finally murdered by the police. The torture suffered by P Rajan and countless others could, perhaps, not have been possible if the court had done its duty. 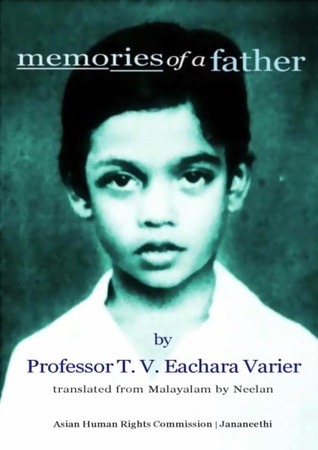 In 2017, the judgment in the ADM Jabalpur case, was formally struck down. In August 2019 the government of India threw the state of Jammu & Kashmir into darkness. All communications- mobile, landline, internet were suspended, a state wide curfew imposed, the already most densely militarised region of the world was and remains inundated with additional tens of thousands of troops. Major political leaders, activists, journalists have been detained without charge, various reputed international and national media organisations have published stories of torture, people dying for failure to get medical care in time amongst many other stories of repression by the armed forces.

In the background of these events, a few Habeas Corpus petitions reached the Supreme Court. One, filed by CPI(M) general secretary Sitaram Yechury seeking 'the production' of his colleague M Y Tarigami and the second by a certain Mohammad Aleem Syed- a student who had filed the same writ with respect to his parents.

First, there was unusual and as history tells us potentially fatal delay in the listing of these petitions- you can read more about that here.

Second, note that while in Yechury's order the court goes through the motions of having asked the petitioner if he wanted to go to Tarigami instead of Tarigami being produced in Syed's order even this is not done.

Third, and this is crucial- the supreme court had/has not imposed any these gentleman travelling to J&K or anywhere in India for that matter. They did not need the court'spermission to travel anywhere. They were not being freed on bail with the court setting conditions.

In an astonishing and bizarre twist of its role in a petition for habeas corpus, the court chose to act as if it were Yechury and Syed in detention instead of Tarigami and Syed's parents. In Yechury's case the bail analogy is especially stark since the order reads: "We make it clear that if the petitioner is found to be indulging in any other act, omission or commission save and except what has been indicated above i.e. to meet his friend and colleague party member and to enquire about his welfare and health condition, it will be construed to be a violation of this Court's order."

Instead of acting like the highest constitutional court of the land, the court chose to behave as if it was an appellate authority over the district magistrate- on whose orders reportedly Yechury had been prevented from exiting the J&K court and meeting his colleagues.

Taken to their logical conclusion the orders would see long queues of people outside a designated room of the supreme court and at least a few judges or maybe registrars devoted exclusively to the job of deciding who can travel to J&K and under what conditions.

What is worse, the orders of the court state absolutely no reason for this departure. Why was it that instead of ordering that Tarigami and Syed's parents be produced, the court assumed that it had the right to police where Yechury and Syed could or could not go? The order says nothing.

And that in summary is what sets the ruling in ADM Jabalpur in contrast with the orders in the host of orders in the case regarding Jammu & Kashmir so far.

As I have written here the court has put aside to decide at leisure the constitutionality of the government's actions in Jammu & Kashmir as if the suspension of the fundamental rights of millions of people is something that can be decided with anything except extreme urgency. As if every single day that people are deprived of their fundamental rights isn't one too many.

I suspect and fear that history will hold that the judiciary's sins as being far greater and darker with respect to 2019 than it did on those committed in 1976. For in 1976, the court seemed to be shielding the executive. In 2019 and I say this with great respect, it seems to be joined at the hip with the executive.

(The author is an advocate practicing in Delhi. Views Are Personal)