Hate Speech is Not Free Speech 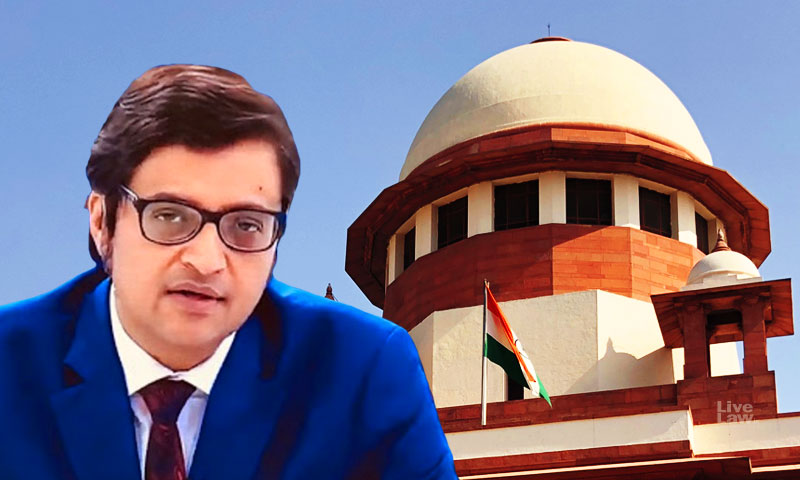 On 19th May 2020 a two-judge bench of the Supreme Court (SC), speaking through Justice D Y Chandrachud refused either to quash the proceedings or transfer the investigation to CBI in respect of two different FIRs registered in Maharashtra against Arnab Goswami (Petitioner) in respect of two different broadcasts made by him on 21st April and 29th April on Republic Bharat. The FIRs had...

On 19th May 2020 a two-judge bench of the Supreme Court (SC), speaking through Justice D Y Chandrachud refused either to quash the proceedings or transfer the investigation to CBI in respect of two different FIRs registered in Maharashtra against Arnab Goswami (Petitioner) in respect of two different broadcasts made by him on 21st April and 29th April on Republic Bharat. The FIRs had invoked various hate speech penal provisions of IPC as also criminal defamation. As regards the 21st April broadcast that inter-alia contained statements and accusations by the Petitioner against Ms. Sonia Gandhi, multiple FIRs, almost identical, were registered in different States of India. In respect of this broadcast, the SC quashed all the FIRs except one, which was registered in Maharashtra, as multiple FIRs in respect of the same act were prejudicial and illegal.

The SC also rightly removed the offence of defamation from this FIR because as per settled law, a criminal proceeding in respect of defamation could be initiated by the person aggrieved of the defamation (in this case Ms. Gandhi) and that too through a private complaint before a Magistrate and not a FIR in a police station. Neither of these two conditions were satisfied. However, on the remaining FIR in relation to the 21st April broadcast, as also entire FIR in respect of the 29th April broadcast, the SC refused any relief and instead left Mr. Goswami to fend, if so advised, for the alternative remedy before the High Court.

The case itself came to the SC in the background where in the last few years, numerous English and Hindi news channels have been broadcasting almost every weeknight hate against vulnerable religious minorities. Even though this masquerades as journalism, the focus is not on ground level reporting, genuine investigative journalism or even a real engagement with majority-minority issues desirable in any democracy. Instead, a slanging match between opposing sides, where the majoritarian view is always on the winning side, which is the side of the star anchor. These broadcasts contain a mix of absolute falsehoods, prejudicial claims and innuendos without supporting material, aggressive mannerism, biased moderation, repeat panelists who are outrageous and meant to represent the "other". Combined with hateful hashtags on ticker, the attack is either on religious group alone, or sometimes combined with an attack on the political opposition, both often represented as fifth columnist taking the nation down.

What started as a drip feed of hate a few years ago has now become so pervasive that one of few news channels that does not subscribe to it has decided to stand out with the tagline "Only the News. No Hate for Profit". What is shocking however is that this model has prospered despite the fact that Indian laws do criminalize hate speech and that such penal laws are permitted under Article 19(2) of the Constitution. Hate speech is proscribed for two different reasons. First, hate speech has the effect of taking away the dignity of persons and de-humanizes them as not treating them as equal humans and citizens. Second, it has the effect of promoting, exaggerating and exploiting strife between different communities and religious groups, which can be particularly damaging in any multicultural country. As Jeremy Waldron, a US based law professor notes, hates speech acts as a "sort of slow-acting poison, accumulating here and there, word by word, so that eventually it becomes harder and less natural for even the good-hearted members of the society to play their part in maintaining this public good" (of inclusiveness). The extreme case of this was the Nazi dehumanization of the Jews through continuous hate speech and propaganda because of which the non-Jewish majority in Germany were silent participants in mass extermination of the Jews.

Coming back to the case of Mr. Goswami, he claimed before the SC that in the broadcast of 21st April he "raised issues in relation to the tardy investigation of the incident" that occurred on 16th April at Palghar, Maharashtra where three individuals were lynched by a mob. An examination of this broadcast reveals to the contrary. In its judgment, right at the beginning itself, the SC sets out a youtube link to the 52 minute broadcast of 21st April. It does not at all discuss, that subsequent to the incident, what investigative action has the police taken, does not seek to identify the perpetrators of the crime and does not even examine if they had been arrested. It does not investigate the motive behind the lynching, which was alleged to be whatsapp rumours of child theft. It does not seek to check if the victims and the accused belonged to the same religion, possibly ruling out religion as a motive for the crime.

Instead it focused primarily on the fact that two of the victims were Sadhus, while ignoring the identity of the third victim, and that "mombatti gang", "award wapsi gang" and "secular gang" who beat their chest for a specific community are silent. In the broadcast it is repeated multiple times, in a hyper-aggressive manner that India is a country with 80 percent Hindu population. One panelist states and another implies that the objective of the crime was "communal", without any material to back such claim. Sonia Gandhi is referred to as Antonia Maino multiple times and accused of acting on instructions from Rome. Hindus are exhorted to speak-up as the time to stay silent is over. All this while, provocative and communal tickers, posing as questions are running on top and bottom of the screen.

It is not at all surprising that a SC that saw this video, chose not to quash the FIR as it contains both direct and implicit hate speech. Implicit hate, which may be expressed through not just words, but manner of speech, backgrounds visuals, graphics etc. is prosecutable as most IPC hate speech provisions penalise hate expressed "by words, either spoken or written, or by signs or by visible representations or otherwise"

The SC, quite rightly, has not commented on the contents of the broadcast, or the merits of the case, as that would have prejudiced proceedings before lower courts. However, the fact remains that by choosing not to quash, the SC, at least prima-facie, did not find the broadcast as protected "speech and expression" under the Constitution. This is evident from SC's finding that the exercise of the fundamental right under Article 19(1)(a) "is not absolute and is answerable to the legal regime enacted with reference to the provisions of Article 19(2)", as also the finding that "The petitioner, in exercise of his right under Article 19(1)(a), is not immune from an investigation into the FIR…" and also from the fact that SC found the petition itself maintainable in law under Article 32, but relegated Mr. Goswami to the normal criminal process, as its saw "no exceptional grounds or reasons" to entertain the petition.

(The author is an Advocate in the Supreme Court of India) 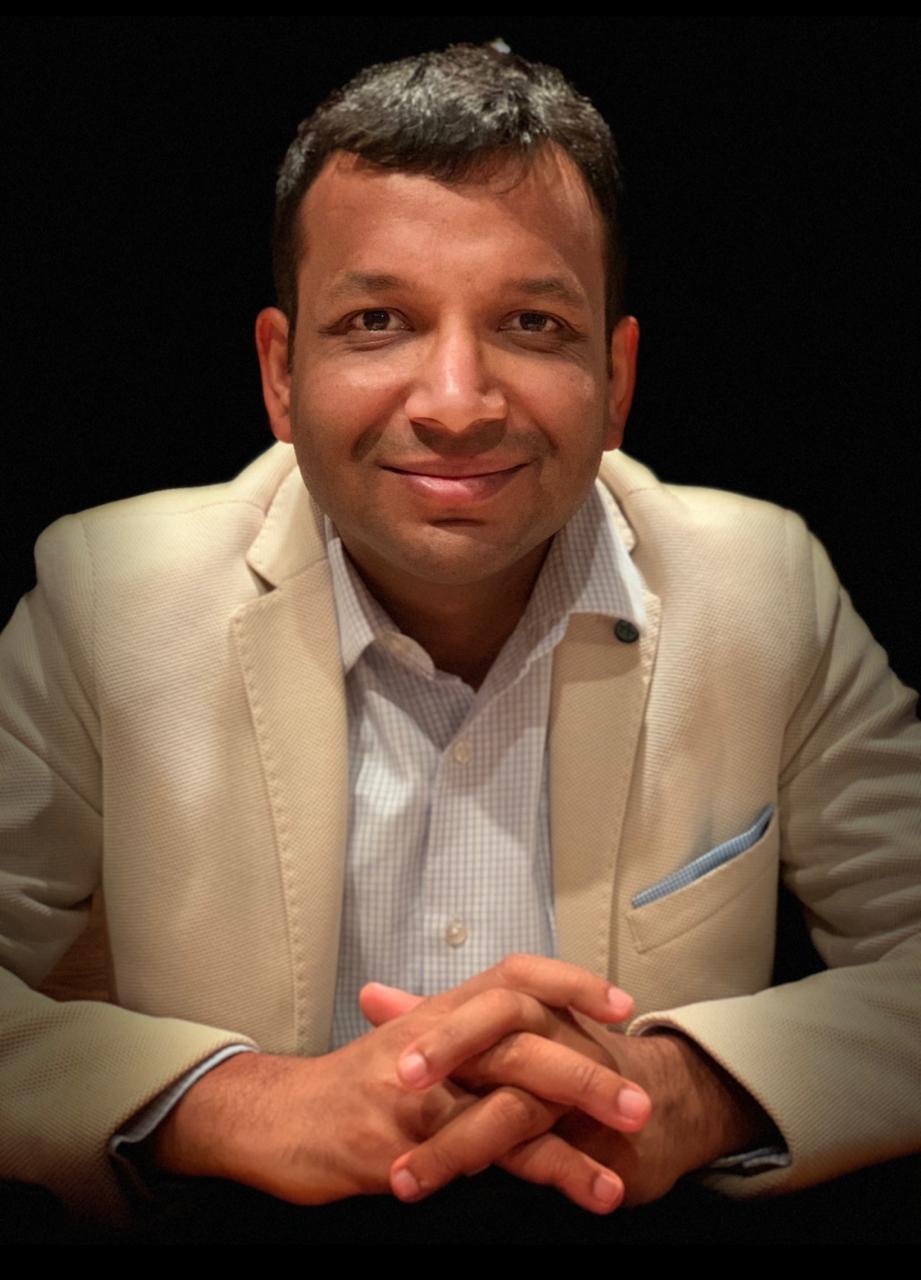 Maintainability Of Writ Petition Against A Party That Ceases To Be "State"
Latest News
+ More
1Employee Transferred To 'Unknown Location' In Arunachal Pradesh From University Campus In Gandhinagar: Gujarat High Court Issues Notice
2'As If Some Gazetted Officers May Not Be Of Much Repute': Calcutta HC Sets Aside Order Requiring Two 'Reputed' Gazetted Officers To Stand As Surety
3Five Reasons Why Aryan Khan Was Given Clean Chit In The Cruise Ship Case
4Set Up Adequate Number Of Drug Rehabilitation Centres In State: Meghalaya High Court To State Govt
5Reluctance Of Judges To Conduct Virtual Proceedings Not In Alignment With Tech Advancements, Expected To Ensure System Is Put To Use: Delhi HC
6Supreme Court Issues Notice To Kerala Govt On Plea Seeking Desilting Of River Sands On Yearly Basis Before Arrival Of Monsoon
7Ensure Strict Compliance With S. 14 SARFAESI Act For Giving Physical Possession Of Secured Asset To Financial Institutions: Allahabad HC To UP Govt
8Entitlement Of Employee To Salary/ Pension Is Intrinsic Part Of His Rights To Life & Property Under Articles 21 & 300A: Orissa High Court
लाइव लॉ हिंदी
+ More
International
+ More
1Is The Green Hydrogen Policy A Viable First Step Towards Power/Energy Security?
2Abortion Laws In The US And Other Countries
3Leaked Draft Judgment Of US Supreme Court Indicates Overruling Of Roe v.Wade Abortion Rights Decision
4The Indian Connection With Pak Decision To Live-Stream Court Proceedings
Environment
+ More
1Supreme Court Permits E-Rickshaws In Matheran As Pilot Project To Check Feasibility
2In Case Of Doubt, Protection Of Environment Would've Precedence Over Economic Interest: SC Revokes Approval For Doubling Castlerock to Kulem Railway Line
3NGT Bars Auroville Foundation From Township Construction Till Environmental Clearance Is Obtained
4Ghazipur Landfill Fire: NGT Says Dump Sites In Cities Are Like 'Time Bombs', Constitutes Joint Committee Headed By Former Delhi High Court Judge