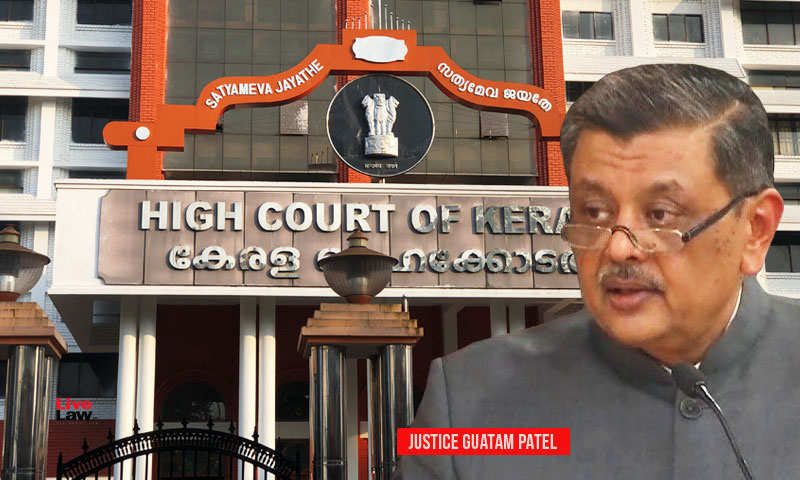 As a perpetual student of law, I have enjoyed reading orders of Justice Gautam Patel; who, if I may take the liberty of adorning a title, is the P. G. Wodehouse of the Indian Judiciary.[3] It was due to this expanse of Justice Patel's contribution's to Indian legal jurisprudence and also to become equipped with the video conferencing processes being used by the Indian Courts, that I logged on to the Zoom meeting/public hearing that was conducted by Justice Patel on 09.04.2020. The rest of the article is a summary of the process followed by the Bombay High Court and the way ahead for all of us.

Press note prior to hearing

Even prior to attending the hearing, I was happy to see the press note that was released by the Bombay High Court. The press note specified the attire in which the advocates were expected to be. It also notified that the hearing may not be recorded and the etiquettes to be followed by the other participants. In fact, after the hearing, the court issued further directions for the hearings upto 14.04.2020.[4] The notifications issued by other courts conducting hearings through video conferencing are silent on these aspects. These may have led to screenshots of the hearings before the courts having been taken which the courts may not intend to permit.

The hearing commenced with Justice Patel requesting the lawyers appearing in the 9 matters (listed before him) to stay back online, after their respective hearings. This he stated was to enable them to give feedback of the hearing attended by them. He further clarified that other lawyers may send their feedback through the closest bar association. This was in furtherance of the statement contained in the press note as also the Orders passed during the hearing, that the present mode of conducting public hearing through Video conferencing was purely on "trial basis".

Social Distancing for the Judges and the Staff

What was heartening was that Justice Patel was in fact following the social distancing protocol. He was sitting alone in a room which appeared to be like a study without any staff. His assisting staff including the steno taking dictation of the orders, had logged onto the meeting separately from respective locations. He was accessing the scanned copies of the matters listed before him, himself. There was another staff member on the call who was facilitating the hearing and was calling out matters. He was also indicating the names of the lawyers in each of the matters before the Hon'ble Court.

Zoom is a more formal interface as compared to Vidyo and Whatsapp, several additional conference features were available on this platform. The chat window was used by the advocates to give appearance. Further, it was possible for nearly 500 people to attend the hearing. It was also possible for an advocate to show a particular document, which is on the said advocate's PC/laptop by sharing his/her screen with the Learned Bench (though this feature was not used during the hearings held on 09.04.2020).

There were certain aspects peculiar to the public hearing through zoom. The Learned Judge maintained complete control on his court. He muted all the participants and advocates were unmuted once their matter was called out (feature available to the admin of the call). Even the lawyer's whose matters were going on, were put on mute by Justice Patel once he started dictating the order. As a corollary, in case there was some error in the dictation, the lawyers could not have informed the Learned Bench (as is possible in a personal hearing in court). The other peculiar feature was that the Learned Judge was unmuting the advocates on a case basis. Possibly due to lack of information, in one case, a counsel who was briefed and was online, was unable to address the Hon'ble Court, as he remained muted by the Learned Judge. As soon as he wrote about the same in the chat window; he was unmuted and he could make his submissions. In the future to avoid such confusion, counsel on record can be directed to state the names of the counsel appearing in each matter in advance alongwith the log in id of each such counsel.

In certain matters before the Hon'ble Supreme Court, it appears that the hearings through video conferencing have happened with only the Senior Advocate appearing for the relevant party, without the Advocate on record being a part of the hearing. This, since the link of the Senior Advocate worked while the advocate on record was unable to log in using his link and the hearing proceeded without him. The Hon'ble Supreme Court taking cognisance of such problems being a possibility, has indicated in its order dated 6.04.2020 in Suo Moto Writ (Civil) No. 5/2020 that any complaint in regard to the quality or audibility of feed shall be communicated during the proceeding or immediately after its conclusion.

In fact, in certain matters during the video calls, proceedings have happened in the absence of the advocate for the non-applicant. The Hon'ble High Court of Delhi has recorded in most of its orders conducted through video conferencing about the methods used by them to reach the parties and the status of the relevant party having joined the call or not. However, considering that the matters that are being heard at present are those of extreme urgency, it may be a good time for other courts to follow the model of the Hon'ble Supreme Court and request all advocates to register their email ids with the concerned court. This will go a long way in the courts being able to ascertain whether nominated counsel representing the parties have been duly served.

A public hearing means that not only advocates of the concerned parties but also the clients and any other person interested in the issue being heard by the court can attend the hearing. This is also possible during hearings held in court. Hence, this should be made possible even for hearings being conducted through video conferencing. If this is not made possible for at least the relevant party to attend the hearing through video conferencing, clients may seek to go to the lawyer's office/ residence to attend the hearing alongside the advocate. This would defeat the purpose of social distancing.

Furthermore, since public hearing will permit the participation of advocates other that the lawyers who's matters are listed, the Courts could also consider enabling an advocate who has a connected matter to (i) to inform the Court that he has an identical matter in advance and (ii) to attend the hearing. Such mentioning is possible during regular hearings in Court and would be made possible if all courts adopt public hearings through video conferencing.

The hearing by the High Court of Bombay was conducted almost as smoothly as a regular court hearing and the same gives hope that even during Covid-19, courts may start to function regularly even for day to day business. I am certainly looking forward and hoping for that day to arrive soon.

[2] Read my article on experience of video conferencing before the SC at https://www.livelaw.in/columns/justice-in-the-time-of-covid-19-first-hand-experience-of-videoconferencing-at-supreme-court-154437