IBC - When Does Limitation Begin To Run? Analysing SC Judgment In "V.Nagarajan vs. SKS Ispat" 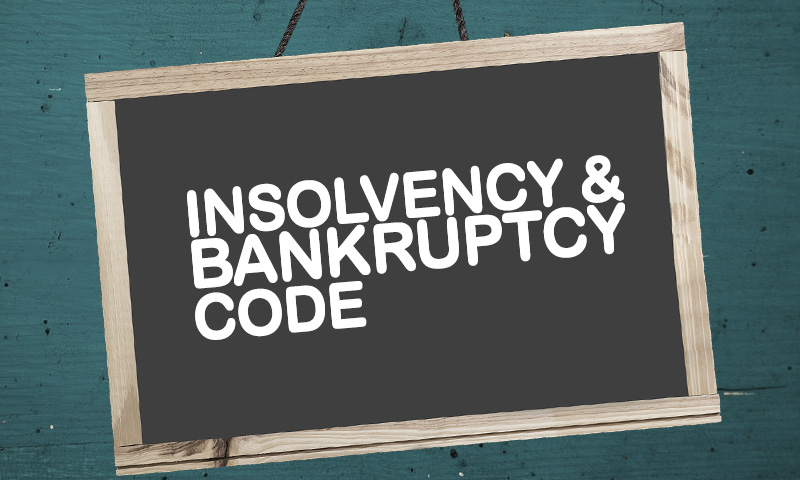 V.Nagarajan vs. SKS Ispat[2] is a much-misunderstood case. The National Company Law Appellate Tribunal (NCLAT), while dealing with appeals under the Insolvency & Bankruptcy Code, 2016 (“IBC”), has been dismissing many as being barred by the statute of Limitation. NCLAT cites Nagarajan to conclude it has no power to condone delay for any period over and above 15 days after the expiry of 30 days from the ‘date of the order’ (“Order”) of the Adjudicating Authority (“AA”). Consequently, an aggrieved person will need to appeal to NCLAT within 45 days of the date of the Order. Is it a correct approach for the NCLAT to dismiss appeals filed beyond 45 days from the date of the order of the AA? I aim to examine whether such an approach is tenable.

In Nagarajan, the Supreme Court dealt with an appeal filed by a Liquidator, whose application under Section 43 of the IBC was dismissed by the AA. The Liquidator was present at the hearing when the AA pronounced its Order. Liquidator did not even apply for a certified copy of the Order. While appealing, the Liquidator relied upon provisions in the National Company Law Tribunal Rules and the Companies Act, 2013 that entitled him to receive a ‘free copy’ of an Order. The Supreme Court analysed the differences in the provisions of the IBC and the Companies Act, 2013 and concluded that the Liquidator’s appeal was beyond the ‘condonable’ period of 15 days. The Court noticed that the Liquidator had not been diligent in even applying for a Certified copy of the Order and instead waited to receive a free copy. While discussing the law on the subject, the Supreme Court had approved the application of Section 12 of the Limitation Act, 1963[3]. It also cited, with approval, the judgment in Kalpraj Dharamshi v. Kotak Investment Advisors Ltd[4].

Limitation law is a law founded on considerations of public policy – the need to end uncertainty and reach finality. There are no equitable considerations while interpreting law of limitation[5]. Therefore, the law must be applied strictly as prescribed by the statute of limitation. If one scans through the Schedule to the Limitation Act, 1963, there is clear prescription as to when limitation starts running. Column 2 provides for period of limitation and column 3 of each Article provides for “time from which period begins to run”. There is no ambiguity in calculating the period of limitation and the starting point.

IBC deals with Corporate Insolvency Resolution Process (CIRP), the liquidation of corporate entities, and individual insolvency and bankruptcy. The proceedings are in the nature of being In Rem[7]. Many situations could arise during CIRP & liquidation whereby the rights of many stakeholders could be affected in their absence. No third party other than the Resolution professional and occasionally the Resolution Applicant or any dissenting member of the Committee of Creditors (“COC"), is usually heard when the Adjudicating Authority (AA) considers a Resolution Plan. The Resolution Professional (“RP”) presents a Resolution Plan (“Resolution Plan”) to the AA on the basis of a resolution passed by the COC. In fact, when the Resolution Plan is submitted to the AA, it remains a confidential document until it is approved by the CoC. The AA considers this and either approves the Resolution Plan under Section 31 of the Code or could dismiss it. The effect of this approval or rejection has many ramifications and could affect the rights of very many persons who are not before the AA. Ordinarily a person who is not party to a lis can ignore any order that is passed in legal proceedings since it doesn’t bind him. In proceedings under IBC, such an approach cannot be adopted as they are in the nature of proceedings in rem[8].

It is only when the person affected by the Order gets knowledge of the Order can such a person even be expected to file an appeal. Suppose the AA approves a Resolution Plan, and that affects the right of a non-party; such an affected party would necessarily have to know to what extent its rights have been affected. They are likely to know this only when the Resolution Plan gets implemented or gets notice from the Resolution Applicant or the IRP. In order to once and for all foreclose any chance of a challenge by “aggrieved persons”, all that is to be done by the AA, is to wait for 30 days before notifying the approved Resolution plan to the public. No appeal by any aggrieved person would be possible within the time prescribed, the limitation period under Section 61 having apparently run out.

In Nagarajan, on the facts of the case, the Supreme Court observed that the Liquidator was present when the AA passed the Order. The Liquidator did not even apply for a copy of the Order of the AA. The Court held that the appeal was barred by limitation. Does this not mean that ‘date of knowledge’ is crucial to reckon the thirty-day period? Nagarajan, it is submitted, cannot be cited as an authority to hold that every appeal requires to be filed within 30 days from the date of the Order. The words “date of the Order” is not found in Section 61 of IBC. Nagarajan had very correctly dismissed the appeal of the Liquidator as being barred by time on the facts presented. In doing so, certain observations regarding the object of the IBC and the time bound manner of the Code have been made. These observations tend to get quoted for inappropriate fact situations, thereby leading to confusion. The object of statute of Limitation is to ensure that persons whose rights get affected are vigilant and they do the needful in approaching the appropriate fora at the earliest. For that to happen, knowledge, actual or constructive is the foremost requirement. Even Section 17 of the Limitation Act, 1963 has embodied this principle and noticed in Pallav Sheth v Custodian[9], that a party should not be penalised for failing to adopt legal proceedings when the facts or material necessary for him to do so have been wilfully concealed from him.

Having such a carelessly drafted Section 61 has only created confusion and difficulties for the general public and professionals in particular. It would therefore be in public interest that Parliament makes appropriate amendment to Section 61 of the IBC clearly mentioning the date of knowledge of the aggrieved person as the date from when the thirty days period would start running for filing an appeal to the NCLAT. It would also help if there is a duty imposed on the AA to ensure that all aggrieved persons are notified of the order. It may be best to ensure that the order of the AA is widely publicised in case it is not possible to ensure that all aggrieved persons are aware of the order of the AA.

[3] Sec 12 excludes the time taken for obtaining certified copy of the order from the date it is applied for till it is granted.

[8] See Section 31(1) of the IBC. An approved resolution plan shall be binding on the corporate debtor, its employees, members, creditors, including the Central Government, any State Government or any local authority, guarantors and other stakeholders involved in the resolution plan.