ICICI-Videocon Case : Is Chanda Kochhar A 'Public Servant' Under Prevention Of Corruption Act? 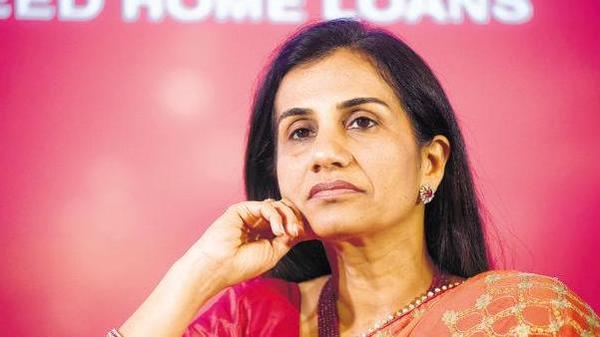 Last week, the CBI registered an FIR against Chanda Kochhar, former CEO of ICICI bank, for alleged irregularities in sanctioning loan of term loan of Rs.300 crores to Videocon group in 2012.The issue surfaced after an ICICI shareholder raised flag over Chanda Kochhar's alleged conflict of interest in sanctioning loan to Videocon Group, with which her husband Deepak Kochhar had close...

Last week, the CBI registered an FIR against Chanda Kochhar, former CEO of ICICI bank, for alleged irregularities in sanctioning loan of term loan of Rs.300 crores to Videocon group in 2012.

The issue surfaced after an ICICI shareholder raised flag over Chanda Kochhar's alleged conflict of interest in sanctioning loan to Videocon Group, with which her husband Deepak Kochhar had close business ties. It was alleged that as quid pro quo for for the loan, Venugopal Dhoot invested Rs 64 crore in Chanda Kochhar's husband's NuPower Renewables. Almost 86% of the loan remained unpaid as on 2017, making it a Non-Performing Asset(NPA)

In the FIR registered by the agency after Preliminary Enquiry and raid at the offices of ICICI, Videocon and NuPower, Chanda Kochhar and few top officers of ICICI are made accused. Offences under Section 13(2) r/w 13(1)(d) of the Prevention of Corruption Act(PC Act) and Section 120B, 420 of Indian Penal Code are included in the FIR, which also names Deepak Kochhar and Videocon MD Venugopal Dhoot as accused.

In this backdrop, a doubt may arise : how PC Act can be applied against an official of private bank? Can a private bank employee be regarded as a 'public servant'?

This question was answered in the affirmative by the Supreme Court in 2016 in the judgment CBI Bank Securities and Fraud Cell vs Ramesh Gelli and others, holding that private bank employees can be said to be public servants for the purposes of their prosecution in respect of offences punishable under Prevention of Corruption Act, 1988.

The reasoning of the judgment delivered by a bench of Justices P C Pant and Ranjan Gogoi(as he was then)  is built on the following points :

Criminal misconduct, even without illegal gratification

The offence of "criminal misconduct" under Section 13(1)(d), which is alleged in the FIR in ICICI-Videocon case, will be made out against a public servant if he :

The provision is quite widely worded, and it is not necessary that the public servant should have received illegal gratification or quid pro quo.

If any pecuniary advantage or valuable thing is conferred on any person by abusing position as public servant, or without public interest, the offence of criminal misconduct will be attracted.

As per reports, bankers' lobby had raised several concerns about indiscriminate use of this provision by anti-corruption agencies against officials in all cases of loan default. When the CEO of Bank of Maharashtra was arrested last year after loan defaults by DSL group, Finance Minister Arun Jaitley made a public criticism of the PC Act.

"The PCA is one of the most badly drafted laws. It does not confine corruption to bribery or dishonest behaviour but it almost puts even honestly taken decisions, which the wisdom of hindsight may prove to be wrong, into the category of corruption", he said.

Echoing the concern that the Act will lead to decision paralysis, he said: "It creates a legislative system where even bona fide decisions, in a post-mortem done after 10 years, are found to be erroneous and people are held to be accountable. The only defense strategy that is available is not to take any decision. This will apply to bankers and the bureaucracy".

He therefore stressed the need to pass the bill to amend the PC Act, which was pending since 2013. The bill was passed by the Parliament in August 2018.

After the amendment,  'criminal misconduct' is restricted to the following 2 offences:

The provisions dealing with "abusing position", and "without public interest" have been done away with.

An explanation to the Sec. 13(1) states that it shall be presumed that the person intentionally enriches himself if he or any person on his behalf, is in possession of or has, at any time during the period of his office, been in possession of pecuniary resources or property disproportionate to his known sources of income which the public servant cannot satisfactorily account for.

2018 amendment not applicable to Chanda Kochhar.

However, Chanda Kochhar will not get the benefit of 2018 amendment which has diluted Section 13(1).

This is because, the FIR relates to loan transaction in 2012.

So, at the time of the alleged acts, the offence was very much in existence. There is no legal bar in launching investigation after the repeal of an offence with respect to acts which were committed prior to the repeal.

The principle that criminal law should not be retrospectively applied is not attracted here, because at the time of commission of the act, it was an offence. The bar under Article 20(1) is only against punishing a person for an act which was not an offence at the time of its commission.

Further, the consequences of repeal has been stated in Section 6 of the General Clauses Act,1897.

Section 6 : Effect of repeal. Where this Act, or any 1 [Central Act] or Regulation made after the commencement of this Act, repeals any enactment hitherto made or hereafter to be made, then, unless a different intention appears, the repeal shall not
(a) revive anything not in force or existing at the time at which the repeal takes effect; or
(b) affect the previous operation of any enactment so repealed or anything duly done or suffered thereunder; or
(c) affect any right, privilege, obligation or liability acquired, accrued or incurred under any enactment so repealed; or
(d) affect any penalty, forfeiture or punishment incurred in respect of any offence committed against any enactment so repealed; or
(e) affect any investigation, legal proceeding or remedy in respect of any such right, privilege, obligation, liability, penalty, forfeiture or punishment as aforesaid, and any such investigation, legal proceeding or remedy may be instituted, continued or enforced, and any such penalty, forfeiture or punishment may be imposed as if the repealing Act or Regulation had not been passed.

A conjoint reading of Sections 6(c),(d) and (e) will make it clear that the repeal of a provision will not affect any liability already incurred under it, and will not affect any punishment incurred under it, and that any investigation or legal proceeding can be instituted even after the repeal with respect to the liability, and the punishment can be enforced as if the repeal had not taken place, unless a contrary intention is expressed in the repealing Act.