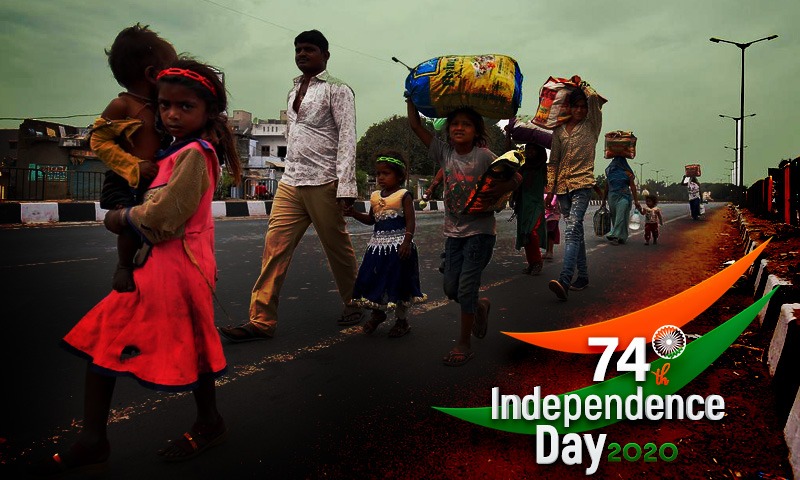 x
'The Constitution sought to bring in an attitudinal shift in the approach of the institutions even while retaining their colonial structure, by redefining the nature of the relationship between the individual and the State'.

'Naya Kanoon' (New Constitution'), an Urdu short story written by Saadat Hasan Manto, conveys the thought that a mere change of regime does not necessarily result in the change of living conditions of the marginalized. The story was written in the backdrop of the enactment of the Government of India Act 1935. The protagonist of the story, Mangu, a tongawalla, overhears his passengers...

'Naya Kanoon' (New Constitution'), an Urdu short story written by Saadat Hasan Manto, conveys the thought that a mere change of regime does not necessarily result in the change of living conditions of the marginalized. The story was written in the backdrop of the enactment of the Government of India Act 1935. The protagonist of the story, Mangu, a tongawalla, overhears his passengers talking about the naya kanoon (the GoI Act 1935). He thinks that the new will elevate his status as a citizen in British India. On the day of the arrival of the 'new constitution', he dares to question the rude behaviour of an English police officer. This results in him being locked up. Though he keeps on shouting "naya kanoon", he soon realizes that nothing has changed for him.

One can say that the poor Mangu of this story was under a false belief as he did not realize that the Government of India Act 1935 was aimed at only consolidating the colonial administrative machinery in British India, without providing any guarantee of rights to the natives. But what about the Independence of India, which put an end to over 200-years of oppressive British rule and the subsequent adoption of the Constitution, which guaranteed fundamental rights to citizens?.

The situation imagined in Naya Kannon did not just remain fictional. It had a translation of sorts into reality, going by the example of a political prisoner named A K Gopalan. Gopalan, a communist leader, was under detention of the Madras Government at the time of independence. Contrary to his hopes, he was refused release on the day of independence. Undaunted by the detention, he organized a small meeting within the jail to celebrate independence and hoisted the national flag. Gopalan had to face a fresh charge of sedition for this act of 'defiance' in free India! (as per an account given by noted civil liberties lawyer K G Kannabiran in his book "Wages of Impunity").

Do we hear similar sighs of despair when the country is celebrating its 74th Independence Day? As per the Gandhian talisman, the justness of a situation has to be evaluated from the perspective of the most helpless and poorest man. Application of this test means that it is the perspective of the poor and the marginalized which matters the most to adjudge the success of independent India. One need not go for in-depth empirical studies for such analysis. The unspeakable horrors inflicted on the class of migrant workers by the nationwide lockdown and COVID-19 pandemic is a tragic example. A humanitarian crisis of horrific magnitude unfolded, leaving lakhs without food and money when the country was shutdown fearing a pandemic. Several of them were forced to walk hundreds of kilometers, taking kids and the elderly along, in a desperate attempt to reach their native places from cities. As per a recent survey, 23% migrant workers walked to their village homes during the lockdown. About 12% were beaten by the police, while 40% faced food scarcity during the journey home. Hundreds of them lost their lives due to the lockdown-induced duress. All this while, the institutions watched their miseries with apathy. The lockdown exposed how weak is our concept of 'welfare state' in practice (As a social media user commented quite powerfully, 'COVID-19 did not break the system, but exposed a broken system'). The judiciary too kept its eyes shut to the migrants' crisis, and woke up late, only after public criticism grew loud. 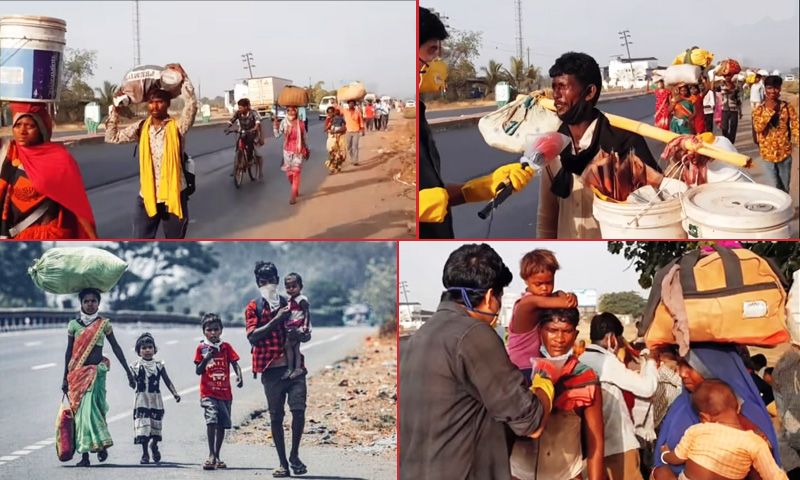 Fearing about an India where freedom becomes a privilege of a select elite, Dr. B R Ambedkar had warned that mere political equality without social and economic equality would be meaningless.

The Preamble to the Constitution guarantees "justice for all: Social, economic, and political…". The placement of "social" and "economic" before "political" is not just accidental. It underlines that without social and economic justice, political justice will remain a mirage, and democracy will remain just in form and not in substance – this would mean that the independence of India would remain only a political act resulting in the mere transfer of power and change of rulers, without providing true liberation to the people.

Commenting that independence and even the advent of the Constitution did not mark a break in continuity with the colonial system of governance, Kannabiran had said, "The advent of Independence was just an event which did not disturb the continuity; it did not announce a change in the existing social order…Like the British, politicians and political parties in independent India continued to define governance in terms of power".

In fact, even the Courts have seen the Constitution as a continuance from where the British left off and not as a severance.

In State of Gujarat v. Vora Fiddali Badruddin Mithibarwala (AIR 1964 SC 1043), a 7-judge bench of the Court said that the promulgation of the Constitution was a "mere change in the form of the Government".

"It has also to be remembered that promulgation of the Constitution did not result in transfer of sovereignty from the Dominion of India to the Union. It was merely change in the form of Government.

There is no warrant for holding that at the stroke of midnight of the 25th January, 1950, all our pre existing political institutions ceased to exist, and in the next moment arose a new set of institutions completely unrelated to the past. The Constituent Assembly moulded no new sovereignty : it merely gave shape to the aspirations of the people by destroying foreign control and evolving a completely democratic form of Government as a republic. The process was not one of destruction, but of evolution", the Court observed.

Echoing the same view, the Supreme Court in 1986 set aside the judgment of a full bench of the Bombay HC which had observed that the "Constitution made a break with the past and had made absolutely a new, original and vital beginning".

"Historical evidence shows that our Constitution did not make a break with the past but was the result of a process of evolution. Politically India achieved her own independence, but legally and constitutionally the independence of India was an act of the British Parliament. The legal and constitutional basis of our independence was the Indian Independence Act, 1947, and it was in the exercise of power conferred by that Act that the Constituent Assembly adopted and enacted the Constitution of India", SC observed in this case Umaji Keshao Mesharam vs Smt Radhika Bhai AIR 1986 SC 1272.

These observations might seem counter-intuitive, but the Court was just being descriptive here. While it is true that our institutions are built on the structure left by the British, the troubling aspect is that they have also internalized some of the regressive colonial mindsets.

Kannabiran lamented that "our failure to evolve a new system of jurisprudence and the continuation of the British-Indian traditions was responsible for the characteristically colonial response of the Supreme Court to a state of emergency and the Maintenance of Internal Security Act in ADM Jabalpur".

Justice O Chinnappa Reddy, SC judge, had also expressed similar views in the context of AK Gopalan decision by saying "The majority of judges appeared to be still under the influence of the old colonial jurisprudence and oblivious to the fact that what they were expounding was the jurisprudence of a new constitution for the people who had just freed themselves from colonial rule". These comments ring true even now when we see Courts using criminal contempt against critical voices on the ground of 'scandalizing the court'(which is yet another colonial vestige).

The Constitution sought to bring in an attitudinal shift in the approach of the institutions even while retaining their colonial structure, by redefining the nature of the relationship between the individual and the State. Individuals are no longer subjects at the mercy of the rulers, but are rights-bearing citizens who can demand accountability from the State. But there has been a failure to actualize this Constitutional vision. That is why misuse of sedition law, rampant application of draconian laws, preventive detention of political dissidents, extrajudicial killings, custodial deaths, starvation deaths, farmer suicides, curfews, communication blockades etc., still continue to make news, much like the colonial times. The rumblings of the Rowlatt Act and the fire-cries of General Dyer still echo in modern India, in the seventh decade of Independence. The curtailment of various fundamental rights of nearly 13 million people of Jammu and Kashmir attainted its first anniversary ten days ago, without undergoing any serious scrutiny from the Courts regarding the necessity and proportionality of the restrictions. In Assam, a big question mark looms over the citizenship of nearly 20 lakh people, after a questionable process of NRC – probably the biggest disenfranchisement measure in a democratic country. 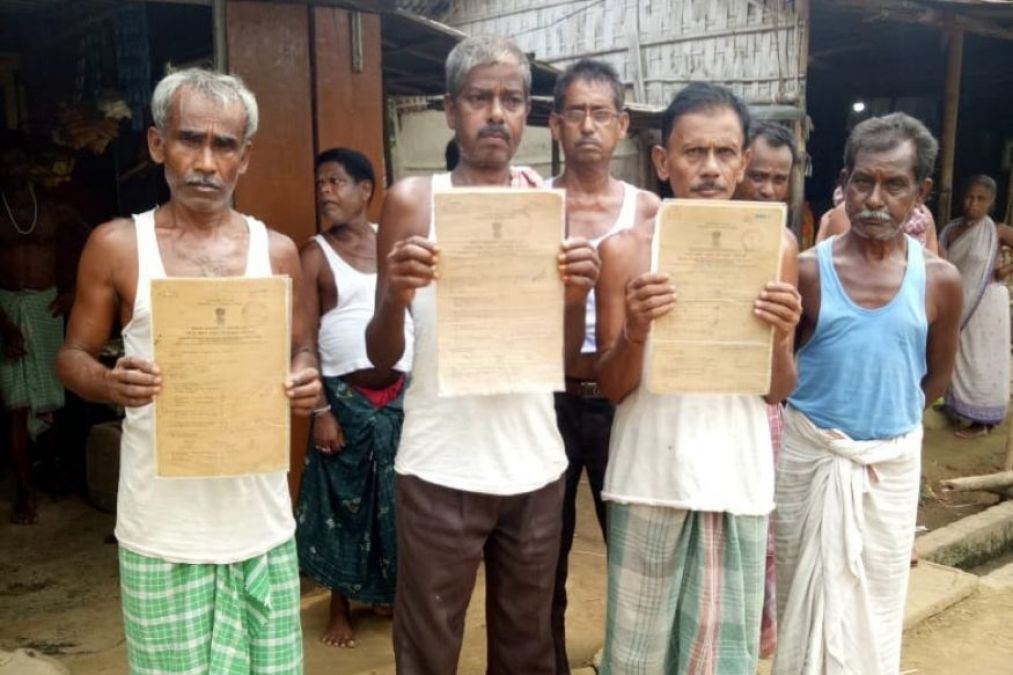 On the other end, we have stunning accounts of India's growth. There are inspiring success stories of Indian entrepreneurs. Indian economy, at one point of time in the recent past, was the fastest growing economy in the world. The survival of Indian democratic forms for over seven decades, even as many of our neighbours sank into blatant methods of autocracy, has been hailed world across. Our Supreme Court's doctrine of basic structure and evolution of PIL jurisprudence are cited and followed in several foreign jurisdictions as a bulwark against authoritarian tendencies. These aspects make us proud. Yet, not every Indian is not in a position to share this pride. As India surged in its development, its disparities also grew along. In the words of economist MohanGuruswamy, "If India were to be horizontally sliced by income, it can be said to be three overlaid countries. The one below is akin to sub-Saharan Africa, another to South-East Asian neighbourhood barring Singapore and the topmost layer enjoying the lifestyles and living standards of a middling European nation". Access to education, health care, and justice is still out of bounds for a major section of the population. These situations make one ask: whose freedom are we celebrating?

Article 51A of the Constitution makes it a fundamental duty of a citizen to " cherish and follow the noble ideals which inspired our national struggle for freedom".

And our freedom struggle was inspired by the firm belief that "it is the inalienable right of the Indian people to have freedom and to enjoy the fruits of their toil and have the necessities of life, so that they may have full opportunities of growth". The leaders of the freedom movement also believed that "if any government deprives a people of these rights and oppresses them the people have a further right to alter it or to abolish it". Unquestioned obedience to authority is the trait of a subject and not a citizen, which cannot co-exist with the ideals of freedom struggle. Rights will be subservient to power when the mentality of subjecthood prevails. Freedom should not be a reward of conformity. Without the awakening of a nationwide citizen-consciousness, shedding of the colonial baggage by institutions, and liberation of rights-discourse from the jurisprudence of power, independence will remain just ceremonial.