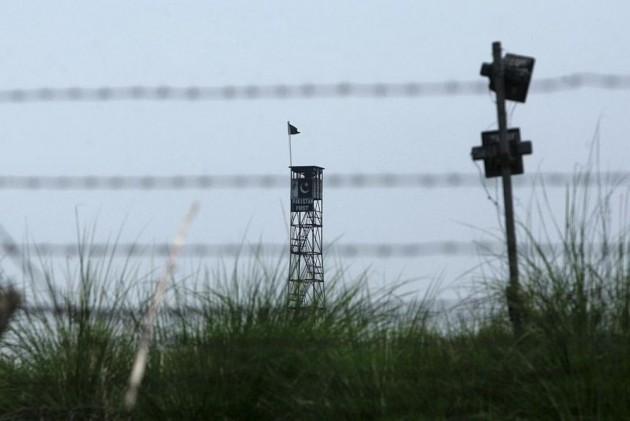 At the press briefing held by the Ministry of External Affairs at 3:15 PM today, the MEA spokesperson confirmed that in the early wake of 27th February, 2019, Pakistan Air Force targeted Indian military installations and consequently, one aircraft of Pakistan was shot down by a MiG 21 Bison of the Indian Air Force which later fell in the Pakistan's territory. However, in the...

At the press briefing held by the Ministry of External Affairs at 3:15 PM today, the MEA spokesperson confirmed that in the early wake of 27th February, 2019, Pakistan Air Force targeted Indian military installations and consequently, one aircraft of Pakistan was shot down by a MiG 21 Bison of the Indian Air Force which later fell in the Pakistan's territory. However, in the said aerial engagement, India lost one its pilots, who is now identified as Wing Commander Abhinandan Varthaman and is purported to be in the custody of Pakistani Army.

Is India Pakistan involved in an 'International Armed Conflict (IAC)'?

The Article 2 of the Geneva Convention provides –"…the present Convention shall apply to all cases of declared war or of any other armed conflict which may arise between two or more of the High Contracting Parties, even if the state of war is not recognized by one of them…"

Though there is no official declaration of 'war' from either country but the answer to the question remains, yes. International Law doesn't require 'declared war' in order to classify the conflict as international and consequently, begin the application of International Humanitarian Law (IHL).

Further, the Commentary of the Geneva Convention holds that 'Any difference arising between two States and leading to the intervention of members of the armed forces is an armed conflict within the meaning of Article 2, even if one of the Parties denies the existence of a state of war'.

A conflict will classified as an international armed conflict irrespective of the intensity and the duration of the same if states resort to their armed forces as held by ICTY in Delalic Case.

It is important to note that an international armed conflict is presumed to exist even if one state uses its armed forces against the other state and the latter doesn't acknowledge or retaliate against the use of force by the former.

While, the objective of the attack by the states is immaterial i.e. whether the attack was against the civilian or military objective doesn't preclude an attack be termed as international, the acts committed by the forces must be hostile. In other words, the attack or use of force by the members of armed forces of the state must be an act of enmity.

India, having targeted terror training camps of Jais-e-Mohammad (JeM) within the territory of Pakistan on 26th February and witnessing Pakistan's attack on Indian military installations, can be said to be involved in an International Armed Conflict. Thus, allowing International Humanitarian Law to govern both India and Pakistan's conduct and practice.

Capture and Status of Prisoner of War?

Despite having established the application of International Humanitarian Law in the previous section, if state parties refuse or deny to extend the protection awarded by the Geneva Conventions on the account of (non)existence of 'war', the act of capturing a member of the armed force(s) belonging to one state by the other triggers the application of IHL.

Thus, the protection provided under the Third Geneva Convention, 1949 i.e. Convention relating to the treatment of Prisoners of War (GC III) comes into play the instance a combatant is captured by the enemy state irrespective of the use of force prior to the event. The reason for the automatic application of IHL in this scenario is that international community considers such acts as 'hostile' and award the captured force member the status of 'prisoner of war'.

It is important to understand that the objective of the treatment of the captured individual as a prisoner of war is to award him protection under the Geneva Convention and not to cause harm to him for taking part in direct hostilities.

Article 4(1) of the Convention defines members of the armed forces to the conflict as 'Prisoner of War'and provides that the status of prisoner of war and consequently the protection of his begins from the minute he is captured and it lasts till he is repatriated or released following the provisions of GC III.

Article 17, GCIII only requires the captured armed force member to answer the questions regarding his name and rank, date of birth, and armed force serial number in order to receive the status of POW. Having said that, the Convention further places obligation on Pakistan to not inflict any physical or mental torture, nor coerce him to secure any information. Further, the captured individual retains his right to refuse to answer any question put forth by the detaining forces/powers.

Wing Commander Abhinandan rightfully discharging his obligation under GC III identified himself and his religion before the Pakistan forces and gave Pakistan armed forces his designated serial number 27981.

Article 12 ties the State with the acts of its agents in official or private capacity w.r.t. treatment accorded to the prisoner of war and makes it responsible for the breach (if any) with additional obligation to prosecute its own agents for the violating the same.

Looking ahead, Article 13mandates prisoners of war to be humanely treated at all the times i.e. it provides absolute protection and no claim of security measure can vitiate the humane treatment required under the provision. It further requires Pakistan to ensure that no harm is done to life and the health of the POW with a clear prohibition on mutilation.

Having shared the video of Commander Abhinandan on the social media wherein he can be seen being attacked and bleeding runs counter to the protection awarded against the 'insults and public curiosity' and infringes his honour and reputation under Article 13.

Any attempt to kill, wound or endanger the life of a prisoner of war will be seen as a grave breach of the Geneva Convention in furtherance of the positive obligation placed under Article 14.

In addition, Pakistan shall maintain POW without any cost for his life and continuing safeguard of his physical and mental health w.r.t. to his quarters (Art. 25), quality and quantity food (Art. 26), clothing (Art. 28), medical checkup at least once a month (Art. 30) coupled with express obligation on the state to protect the religious beliefs of the POW and ensure he is able to fulfill his religious rites without any hindrance (Art. 34).

Keeping in mind the confession(s)extracted through coercion in the past, Pakistan cannot do away with the obligations under the Third Geneva Convention even if Commander Abhinandan waives his protection. (Article 7)

From the time of his capture till the time of his release, prisoner of war is subject to the laws of the detaining power (Pakistan) and can be tried for any offence if committed against the said law. However, an exception to this provision is that the POW won't be held liable for any offence for which member of forces of the detaining power isn't liable (Article 82).

Even if Wing Commander Abhinandan is not designated as a POW, Pakistan is under obligation to accord fundamental guarantees to the captured individual as per the Article 75 Additional Protocol 1 and treat him humanely without any distinction of nationality, religion, race etc.

Pakistan cannot take defence for their non- compliance with the treaty obligations under the fact that they aren't party to Additional Protocol 1 as the protection provided under Article 75 has emerged and recognised as one having its place in customary international law.

Though Pakistan can try the captured individual under its military court (impartial and independent) after providing legal aid (Art. 105) but that alone will not take away the protection awarded under the Geneva Convention pursuant to his status as a prisoner of war.