JNU Sedition Row : Why Charges Against Kanhaiya And Others Will Not Stand? 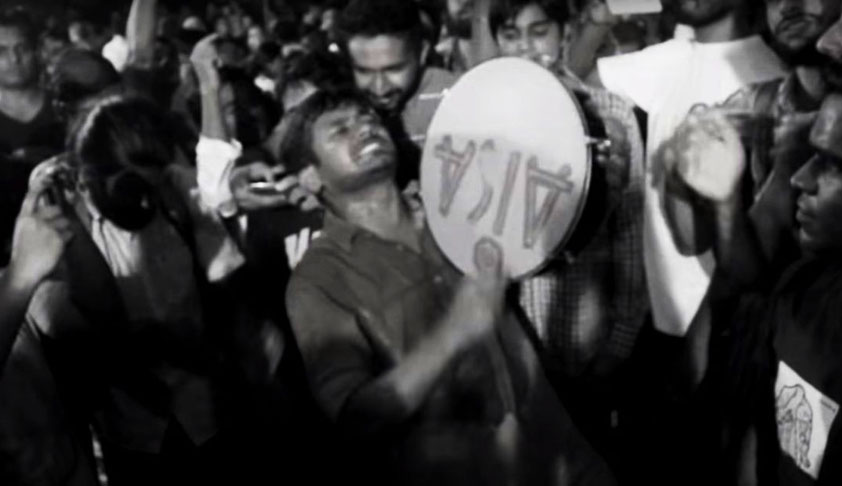 x
The sedition charge in the 1200-pages chargesheet in the JNU case is based only on the allegations of anti-national sloganeering.

On Tuesday, the Delhi police filed charge sheet against Kanhaiya Kumar, Umar Khalid and eight others in the JNU sedition case.The case relates to the alleged raising of "anti-national slogans" at events held in JNU during first week of February 2016. That it took three years for the police to submit charge sheet in a 'serious' offence affecting the existence of State, despite claims of...

On Tuesday, the Delhi police filed charge sheet against Kanhaiya Kumar, Umar Khalid and eight others in the JNU sedition case.

The case relates to the alleged raising of "anti-national slogans" at events held in JNU during first week of February 2016. That it took three years for the police to submit charge sheet in a 'serious' offence affecting the existence of State, despite claims of having video footages of the events, should reflect poorly on the competence of the police. Anyhow, that is beyond the scope of this piece.

The foundation of charge of sedition under Section 124A IPC against the students is the allegation that they raised "anti-national slogans". The police do not have a case that the ten students who have been named as accused have indulged in any overt violent act. Nor do they have a case that the alleged sloganeering led to any disruption of public order or violence(Excerpts of the chargesheet given at the end).

So, the only question which needs examination is whether the act of raising anti-national slogans, by itself, will amount to sedition under Section 124A IPC.

Section 124A IPC was included in the Code by the British to enhance the might of colonial rule. Notable leaders of freedom struggle like Gandhi, Balagangadhar Tilak etc. have faced trial under the section. Therefore, the provision bears on its forehead the taint of colonial rule and political oppression.

It was struck down as unconstitutional by the Allahabad High Court in 1959 on the ground that it violated freedom of speech and expression. The Supreme Court however saved the provision by reading it down in the 1962 decision Kedar Nath Singh v State of Bihar. The Court held that mere expression of disaffection or disloyalty against the Government will not amount to sedition. The 5 judges' bench limited the application of the section to only acts which have "tendency to public disorder by the use of actual violence or incitement to violence". The judgment authored by Justice B P Sinha observed :

If we were to hold that even without any tendency to disorder or intention to create disturbance of law and order, by the use of words written or spoken which merely create disaffection or feelings of enmity against the Government, the offence of sedition is complete, then such an interpretation of the sections would make them unconstitutional in view of Art. 19(1)(a) read with cl. (2).

This conclusion was reached by the Supreme Court after re-identifying the objective of the offence as maintenance of public order and security of state. The existence of the section was found justifiable only by tracing it to the interests of security of state and public order, which are grounds of reasonable restrictions on free speech. On this premise, the Court saved the section, by making it applicable only to acts which have tendency to public disorder by the use of actual violence or incitement to violence.

The Court was mindful of the historic reasons for introducing the section during the colonial rule. The Court was also aware of the potential dangers of the section being used to target political dissent. The following statement make it clear that the Court factored in these aspects as well, while reading down the provision :

Keeping in mind the reasons for the introduction of s. 124A and the history of sedition,the section must be so construed as to limit its application to acts involving intention or tendency to create disorder, or disturbance of law and order; or incitement to violence.

This abstract test laid down by the SC found a concrete application in the 1995 case Balwant Singh and another v State of Punjab. There, the SC was considering the appeals against conviction under Section 124A for raising pro-khalisthan slogans. Apart from raising slogans, they had not done anything further.

It appears to us that the raising some slogan only a couple of times by the two lonesome appellants, which neither evoked any response nor any reaction  from any one in the public can neither attract the provisions of Section 124A or Section 153A IPC. Some more overt act was required to bring home the charge to the two appellants

Acquitting the accused, the Court observed "we find it difficult to hold that upon the raising of such casual slogans, a couple of times without any other act whatsoever the charge of sedition can be founded".

Another relevant decision is Bilal Ahmed Kaloo v State of Andhra Pradesh, where the SC set aside conviction of a Kashmiri youth under Section 124A IPC. The trial court had convicted him on the ground that he was an active member of a militant organization.  The SC noted that the charge framed against the him is totally bereft of the crucial allegation that appellant did anything with reference to the Government. The lone allegation of being an active member of a militant organization was found insufficient to sustain conviction under Section 124A.

The judgment in Arup Bhuyan vs State Of Assam(2011), though not dealing with Sec.124A, is also relevant. It was a case dealing with conviction under TADA for being a member of a banned organization. The SC held that mere membership of a banned organisation will not incriminate a person unless he resorts to violence or incites people to violence or does an act intended to create disorder or disturbance of public peace by resort to violence.

In Arup Bhuyan, the Court imported the test of imminence laid down in the US decision Brandenburg vs. State of Ohio, which held that advocacy of violence as a means of accomplishing political or institutional reform will be illegal only if incites imminent lawless action.

It can be gathered from these line of judgements that the mere act of raising anti-national slogans, without any overt violent act, or incitement of imminent violence will not amount to sedition. The judgment in Balwant Singh case has also laid down the additional test of examining the response the alleged act has evoked in public.

This again opens up the debate regarding the repeal of the section, in view of its long history of abuse. Recently, the Law Commission of India issued a consultation paper, highlighting the need to redefine sedition law. The Commission headed by retired Supreme Court judge Justice Dr.B.S Chauhan noted that in a number of cases, scepticism has been expressed by the judiciary about the potential misuse of the sedition law.

It was also observed that sedition is many a times used to curb political dissent. The Commission also noted that the United Kingdom abolished sedition laws ten years back citing that the country did not want to be quoted as an example of using such draconian laws, and asked whether it was necessary to retain the provision as it was introduced by the British as a tool of oppression.

If one takes a list of persons charged with sedition, it will include writers, journalists, cartoonists, activists and even policemen who demanded raise in wages. In 2016, the SC ordered that all authorities dealing with Section 124A should follow Kedarnath judgment. That was in a petition filed by Dr.S P Udayakumar, who had to face sedition charges for leading protest againt Koodankulam nuclear plant.

Between 2014-2017, 112 cases of sedition were booked and 165 persons were arrested, as per data from NCRB. So, despite the reading down of the section, it continues to be liberally applied, either out of ignorance or expediency.

Read the excerpts of charge sheet :